Happy Anniversary! I hope you’re all watching the London Anniversary Games this weekend! It’s a year on to the day of the Opening Ceremony for the London 2012 Olympics. Guess what? I was there.

Being lucky enough to go to the Opening Ceremony is something I can’t describe. But I will, because this is a blog entry and that’d be a bit ridiculous if I didn’t try.

The atmosphere was unlike anything I’ve ever been part of: bigger than any music festival or gig, more electrifying and intense than any city I’ve been to. Thousands of people all gathered there together to be part of something people had been waiting their whole lives to witness, a night that promised to deliver excitement, anticipation, sport, patriotism, music and performances. Danny Boyle, you did everyone in Britain proud.

We waved our paddles of light on our seats to illuminate the stadium in different colours, we cheered with bursting pride every moment London or Britain was mentioned in the speeches of Sebastian Coe etc. And I really mean cheered. The stadium errupted, and the feeling of everyone literally forgetting everything and coming together, down to that basic essence of being one, being a community, was one of the most special, moving experiences.

The ‘Queen’ even jumped out of a helicopter with James Bond, how can you not laugh and enjoy yourself (let’s forget for a moment that not even the Queen smiled at that gag…)? You really were forced to remember all the amazing British things by Danny Boyle’s creation. And not only that, but such a creative spin was put on them that it just made you even more proud and impressed. Now, I’ve got to say, I’m not one of the most patriotic people you’ll ever find. I do like my country, especially the city of London where I live. I know the things that make it unique, and I also know the flaws. I’m not ashamed to say that I’m indifferent to the Royals – well done on Kate giving birth, it’s lovely, but I did think the News did stretch it out. I’m interested in the history rather than adoring someone just because they’ve been placed there by birth rather than merit. But I do like the way it brings people together, and that can’t be too negative.

Anyway. The creative spin. The glowing NHS beds, the tribute to children’s literature (Harry Potter forever! And Roald Dahl. And C.S. Lewis. Damnit we’re good.), Shakespeare, the unique history of Britain from wars to the women’s suffrage movement and last but not least, British music.

It made me really sit back, realise and take in what amazing music Britain has created. And I’m sorry to Dizzee Rascal, you performed well and I enjoyed it, but I’m talking The Beatles, The Clash, The Kinks, Pink Floyd and one of my absolute favourites, David Bowie (who actually grew up very close to where I’m from). Of course there’s the more modern music like Arctic Monkeys, Adele, Oasis, Coldplay and the unique Radiohead that I very much adore and show that Britain just keeps on impressing.

Before I get a bit too focused on music, because I really could go on and had to hold myself back, here’s my ending. Sport really is, as Coe put it, a “truth”. It’s something that’s so ancient, so raw and genuine and can bring out the best in people, and bring people together. That’s the ultimate feeling I had throughout the Opening Ceremony, there in the stands: togetherness, and pride. My chest swelled, I had a lump in my throat and very easily developing tears in my eyes.

Team GB forever. I went to a fair share of the events and the enthusiasm and spirit from everyone was just as strong all the way through. Oh, and also, I don’t care what any of you say, I liked Paul McCartney’s ending performance!

I said to my family today, “We were really part of something so special”. I’m not sure a more true statement will be generated by me for the rest of the day. 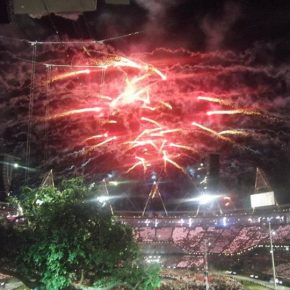 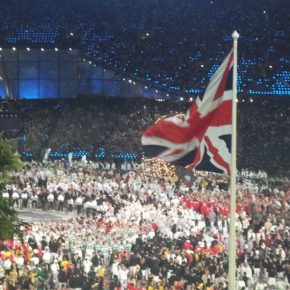 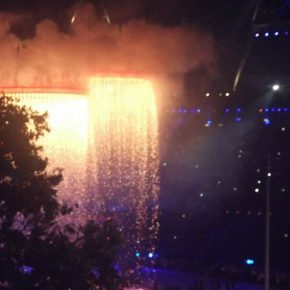 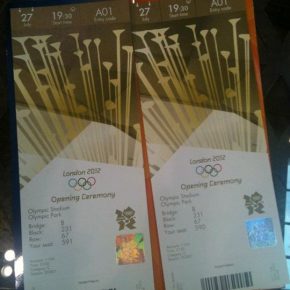 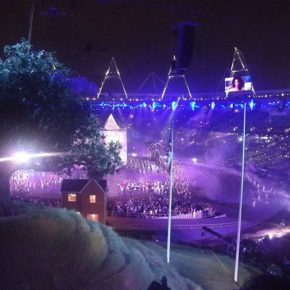 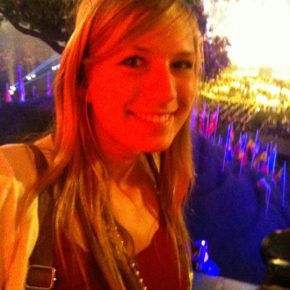 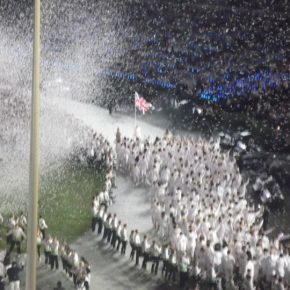 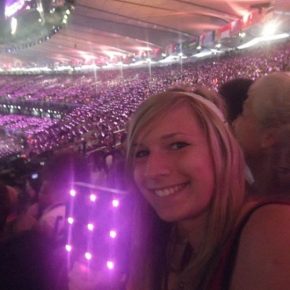 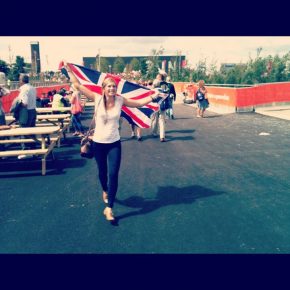 Supporting through and through at the Games 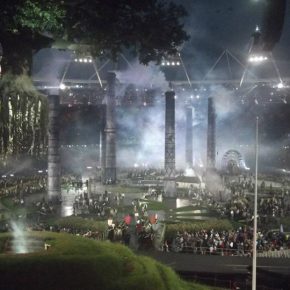