Did you know… Never ask a reindeer owner how many reindeer he owns.

It was a cold evening… and if you’re going to be cold, might as well imagine you’re in Lapland, right? And where else is better to do that than London’s Ice Bar with Cosmos Holidays? Exactly. We’re on the same wavelength.

The agenda of the evening was your usual meet and greet, then ice sculpting, the iconic Ice Bar, a talk on Lapland followed by continuing the party in the Reindeer Lounge, setting up the inevitable open bar regret for the next day.

Shockingly, the last thing I felt throughout the evening was cold. The moment I heard cocktails were an option, I discovered drinks with slightly intimidating names like ‘Death in the Arctic’ and ‘Suicide Blonde’ (the blonde hairs on my head stood on end at that one), although my favourite was the much cheerier sounding ‘Walk in the Clouds’.

We were called down for ice sculpting, where we were shown a polar bear so realistic, I would have believed it was real – apart from it being a lot smaller than the real life version, and oh yeah, made out of ice. Our mission: get into teams of 3 or 4 and recreate this polar bear. It was a sweaty business always in risk of accidental stabbings. Cosmos H0lidays and the Ice Bar were very brave to give a bunch of travel bloggers ice, chisels and unlimited alcohol.

I’m ashamed to say I took my eyes off my team, coming back to a polar bear that had been compromised. He had suffered too many casualties, so in the name of losing in style, he was transformed into something I’m sure the polar bear species would never have thought possible to mould into.

Next was the Ice Bar. I had never gone before, and I’m surprised I managed to contain my excitement as much as I did. I can only describe it as magical. You’re in a room kept at -5 degrees celsius (permanently, all year around) made of ice. Ice walls, ice bar, ice glasses, ice seats. The time is limited to 40 minutes because let’s face it, we may live in London, but we don’t like to be frozen. With every surface glistening around you, it’s hard not to get into the spirit of all things festive. You choose your drink from a much bigger list than I expected and the friendly bar staff will place the colourful liquid into the ice glass. We all were fascinated by the container, played with our hoods, took pictures and licked the ice walls, (I know it wasn’t just me…) hoping a scene not unlike Dumb & Dumber wouldn’t occur.

After this, it was time to defrost and learn more about Lapland. This is where I found out why you should never ask a reindeer owner how many reindeer he owns: it’s like asking someone their wage or weight. Basically, just don’t do it. It’s also the place to go for the Northern Lights, dog sledding, and in summer the midnight sun (which I experienced on a cruise to Norway/Greenland/Iceland, and is truly bizarre and phenomenal).

The canapes were flowing and delicious (especially those prawns, yum) and of course the open bar kept on being abused. Thank you very much to the barmen and waiters/waitresses who tended to us all evening. And of course a massive thank you to Cosmos Holidays and Ice Bar London for hosting us and making our snowy little dreams come true.

Lapland and Ice Bar, I’m coming for you. 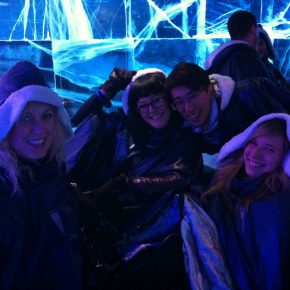 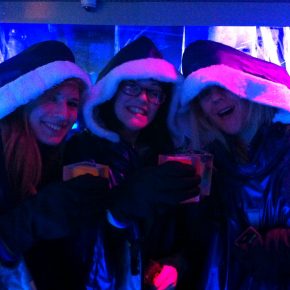 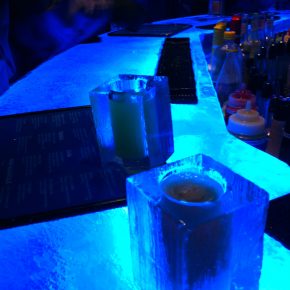 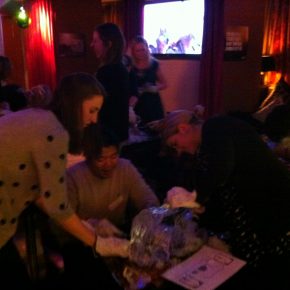 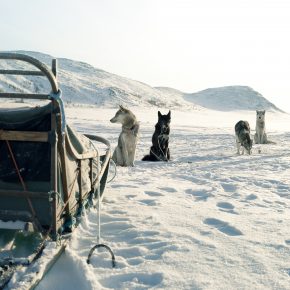 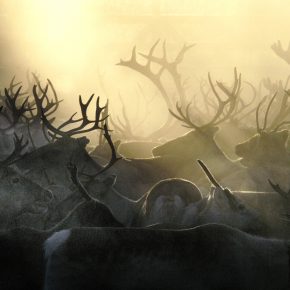 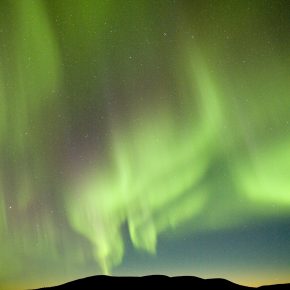