Travel is essentially the centre of my life: my job is in travel, my passion is travel, this blog is travel and my boyfriend lives across an ocean, in Boston, USA (for anyone who doesn’t know, I’m from London, UK) and we met while living in Australia.

I get a lot of different reactions when I tell people this – I have some amazing support and some not so amazing support. I have learnt that nobody truly understands unless they’re going through it/have been through it themselves, so I think it’s time that I shed some light on the honest reality of what maintaining a long distance relationship is like.

So how did I even get into this? I met Alan, my American, when we both studied abroad at Monash University in Melbourne, Australia (2012). We were both ready to experience a new environment, a new culture, new excitement. Alan had been in a bad place at university back in America and decided to throw himself into something that would change him. I was in a student house in the UK with a bad living situation and in a relationship that was very bad for me; I had wanted out for a while but was too scared to do it. I had actually chosen my university for the fact that I could go to Australia (also because it had a great course), and it all came at a very good time to my situation (I finally broke up with said boyfriend before I left, knowing I’d be ruining my once-in-a-lifetime experience if I didn’t just man up).

It didn’t happen straight away, there was a lot of uncertainty (mainly on my part, I admit. I was determined to not get into anything serious while I was abroad) but once Alan and I were together, it just made sense.

We had spent months in Australia living for the moment and doing what we wanted – we were both in the same position, breaking free and (as corny as it sounds) finding ourselves in our freedom from the lives we left behind. That carefree attitude helped us decide to carry on our relationship after we would both leave Australia. ‘What if?’ would haunt us if we didn’t at least try. So that was that and if we thought parting from each other in Australia was hard, we had no idea of the road ahead.

It’s not easy. That’s the first, most honest statement I can make. You don’t just go into a long distance relationship and have it work out all ok with no hitches. It’s a learning curve and something Alan and I have worked incredibly hard over. There have been arguments, many, many tears and a whole lot of love.

There have been times we’ve almost given up, thrown in the towel, and one time that we did. But I have always grown up with this idea that when you know, you know. I also believe that when bad arguments or obstacles come around, it’s down to how you both handle it and is a true test of who you are; as an individual, and as a couple.

The most common reaction I get is “How do you do it?”. My most supportive friends have told me how incredible they find it, and how much they actually admire that Alan and I do this. It’s one of the most touching and surprising things I still hear today, and it makes me feel very proud (also a bit bashful).

Others have not been so nice about my relationship. I remember someone saying, “Really Kirsten, come on, it’s not going to work out, is it?” and another, someone – also in a relationship – I had only met that day, said to me “How could you not have sex for that long? I couldn’t do it. I need it all the time”. To which I can only say, that doesn’t put you in the best light and limits a relationship to just sex. There is a hell of a lot more to it to that (what about the connection between two people beyond the bedroom, for instance? No?), and although it’s important and all-in-all awesome, don’t you think we thought of that? Long distance doesn’t mean no sex life. You are sorely mistaken if that’s your perception of things.

So what do we do to make it work? This is very hard for me to answer, as there’s no set recipe (just like anything in life). We learn about each other and work around our schedules and personalities just like any relationship. We Skype as much as we can. Weekends for extended Skype sessions, and a couple of weekdays after he gets back from work (10:30pm my time, so yes, I have to sacrifice some sleep).

Whatsapp is our daily use, and if you don’t already have it, I highly recommend this app. Basically texting through the internet, free, to other countries. It’s a wonderful way to stay in contact with further-flung friends.

When it comes to seeing each other, we do as much as money and time will allow. Alan doesn’t get much time off from work and I don’t have much money. The longest we’ve gone without seeing each other has been 5 months. They were really tough, but I find the trick is to just forget about it being long distance.

The moment you accept the way it is and know what you’re working towards (us being in the same country… preferably the same city, too), it’s all worth it. That’s what we’ve always said to each other: this, us, is all worth it. Plus, we have some pretty amazing adventures in the world given the nature of our relationship.

You appreciate each other so much more, too. That moment at the airport when I see him, I have a huge wacky grin on my face and butterflies in my stomach – I essentially turn into a teenage girl, blushing and twiddling my hair again. I run up to him and try to hold him as close as possible. I feel his skin again, so familiar but brand new, take in his smell (it’s nice, promise) and we find it hard to let go. We feel safe again and as though everything has slotted perfectly, clicked back into place.

It’s that feeling that keeps me going and the constant reminder of how much fun we have together: he makes me laugh more than anyone else, accepts every weird part of me and we have some hilarious moments I could never share with anyone but him. I had always wanted to be with someone who was musical (check) and had the same political views as me (check). It also helps (and let’s be honest, it was pretty vital for me) that he loves travel, nature and is fascinated by the world around him. If that isn’t a match for me to fight for, I don’t know what is. 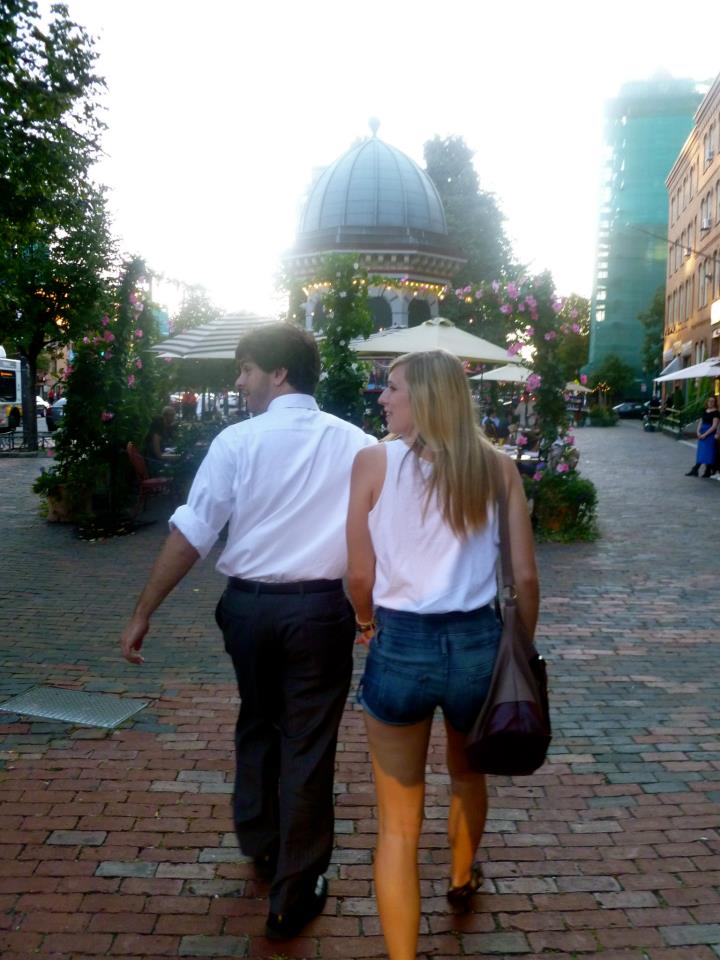 When people are nasty about our relationship, I always think: they have no idea. I don’t tend to talk about the ins and outs of my relationship with anyone, as people just don’t get it. There has only been one girl I have been able to, and that’s because she went through it herself. If someone shows their doubt or their judgement towards mine and Alan’s relationship, I now just feel prouder of how far Alan and I have come. And I know that nobody knows that apart from us.

It’s very special to have that secret between us. We know who we are, what our relationship means, and just because it’s long distance doesn’t make it any less filled with love or hope than anyone else’s who are lucky enough to live in the same flat/house. It’s very funny how quick people are to judge. Concentrate on your own happiness, don’t try to degrade others’.

Me and Alan have to have a certain level of fight and passion to make us work, and I would not want a relationship any other way. I’ve done passive, not exciting, frankly boring relationships, and in some weird way, I think me and Alan are exactly the kind of people this strange course of events would happen to. That, and so much more, makes us great together and probably a very good mix to tackle long distance.

I’ve never been on more of an adventure with anyone; we’re always doing exciting things and sharing that same zest for life. If there’s one thing to say, it’s that we are never boring and I love feeling alive with Alan. I think that’s something worth hanging on to.

Party blowers and balloons via Skype for my birthday