It was brimming with midges. Everywhere, these massive insects would be invading me, with no sense of personal space.

I won’t say I didn’t mind. I did. With mosquitos, they love me, all over the world. I had no reason to suspect midges would think any differently, and I was already stinking with bug repellent (I’m pretty sure it’s human repellent too).

Towards the top of a little hill, I see a man completely white: he’s in a bee keeper suit. What? There are bees being kept here? Then I realise: it’s probably because of the midges, and I’m torn between comfort in knowing that yes, they are that annoying, and panic that I need a bee keeper suit to effectively keep them at bay.

This is Qaqortoq, in South Greenland.

A few facts about Qaqortoq:

I didn’t really know what to expect of Greenland. It was certainly green. We were there in summer, and midnight sun was very apparent (a surreal but beautiful thing). We arrived by a tender boat from our cruise ship – apparently, we were lucky that Greenland was experiencing a “heatwave” (up to 10 degrees celcius… even us British can feel a little comforted by this) with had blue skies and calm seas. Sometimes the tenders can’t get you in when it’s too misty or the seas are too rough, so cruise ship passengers miss out on a port stop.

Qaqortoq’s little colourful houses are dotted together like someone’s scattered lego pieces down a hill. It looks like the people live a quiet, peaceful life; there was never much going on as you walked through the streets. Who knows what they must think when cruise ships come to dock for the day. 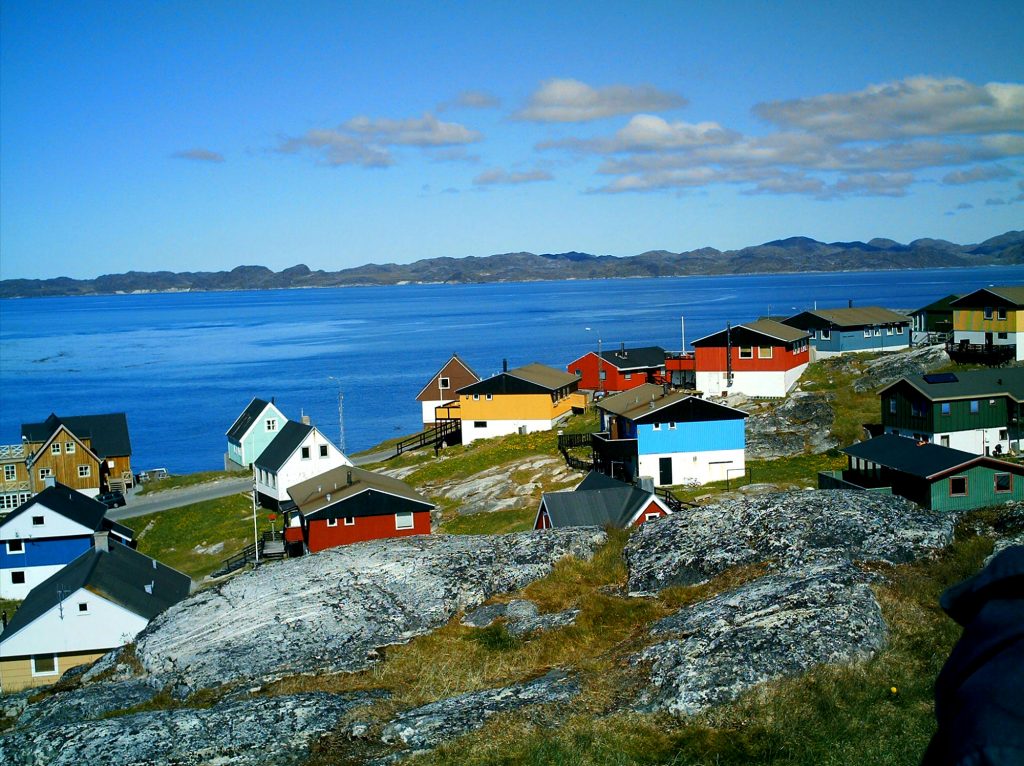 We saw genuine Inuit huts and went to the Qaqortoq Museum, which is within the town’s oldest building (built in 1804). It showed what the Norse settlers wore, how they acquired the material (polar bears, seals. They did a lot of hunting) and even the kayaks they made and rode in on the freezing water.

It’s very interesting to imagine the life of an Inuit: the kind of conditions they lived in – winter must have been severe (I was wearing a ski jacket in the summer, for crying out loud), the difficulty to even get clothes (no Topshop at your fingertips here, guys), the reliance on each other for survival and communication… and those damn midges.

Greenland certainly wasn’t the top of my bucket list when I went. But that’s the funny and charming thing about travel; destinations that you don’t expect much from can surprise you and convert you into a new admirer. I truly think Greenland is worth visiting – don’t cast it off just yet! I definitely hope I have the opportunity to go back – there’s a lot more to learn about it!