Born and bred in England, I’m probably quite a typical British stereotype.

I like tea (a lot). I’m fairly reserved. I hold a certain politeness to strangers but inside I’m fuming at something they’ve done, yet all I can manage on the outside is a “tut”. 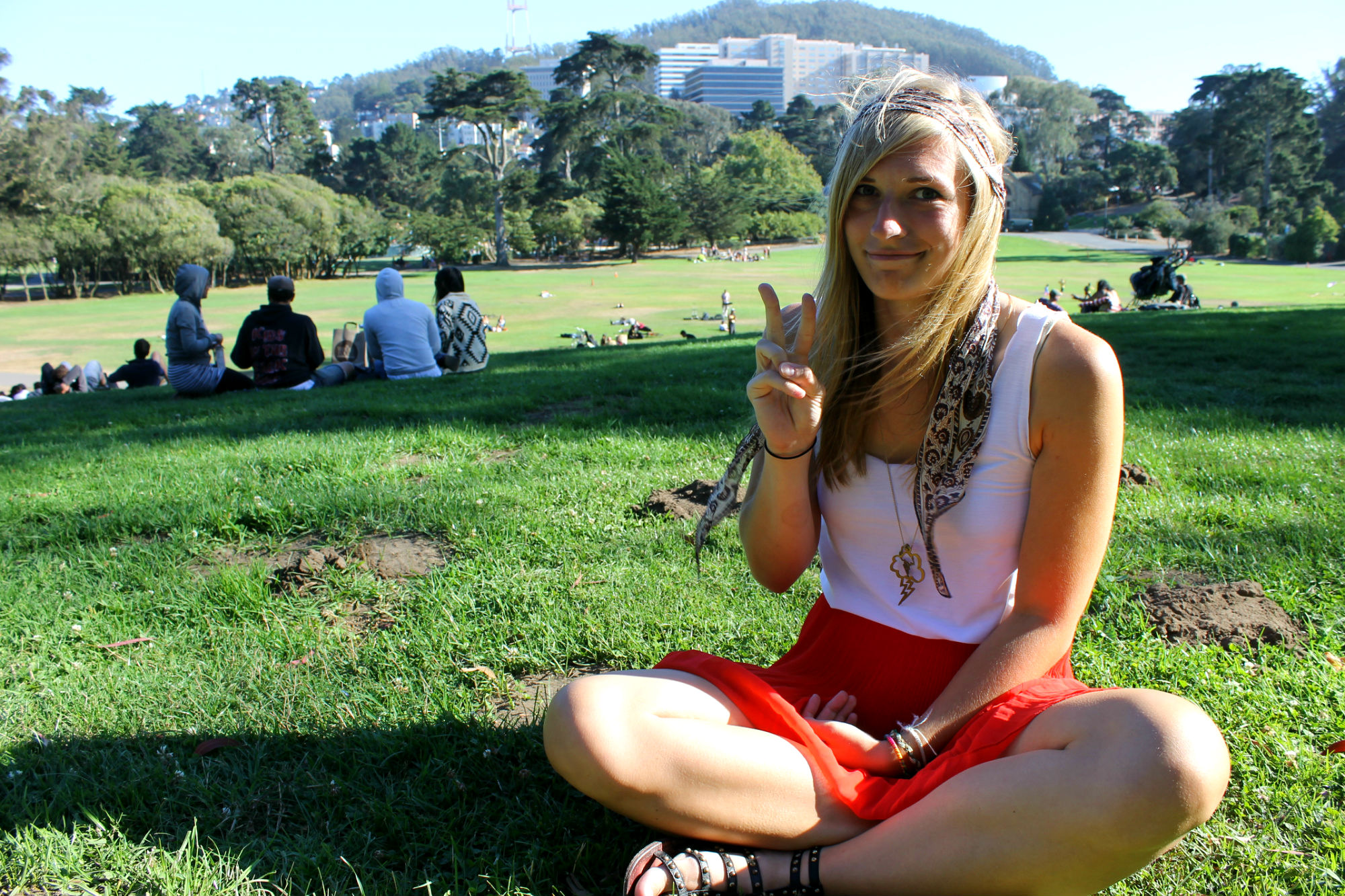 Cynicism is something I think I was actively encouraged to learn within my family, in a way. My dad is as British as I’ve described above, and my mum is Czech, typically (from what I know) more blunt, straight talking people. But something happened while we were watching BBC News: a clip of Eddie Redmayne accepting his Oscar for Best Actor came on. He was excited and overwelmed, and these were the reactions in the household:

Rewind to the day before when I was in Boston, USA, watching the Oscars with my American boyfriend.

My reaction: “Yay!” (When Eddie won). Giggles accompanied with “Aw, he’s cute”. Listen intently to his dedication to Stephen Hawking. “He deserved it” (when all was finished).
My boyfriend’s reaction: well, he didn’t say much actually, but he laughed along with me and agreed that Eddie seems like a nice guy.

I am sure there might have been a time when I’d have had my parent’s reactions. But there was such a difference in all of our reactions, and I was still down about having returned to London that day – as I always am when I have to come back all too soon from spending time with my American boyfriend – that it struck me: Have I become Americanised? (Or, Americanized, ha.) 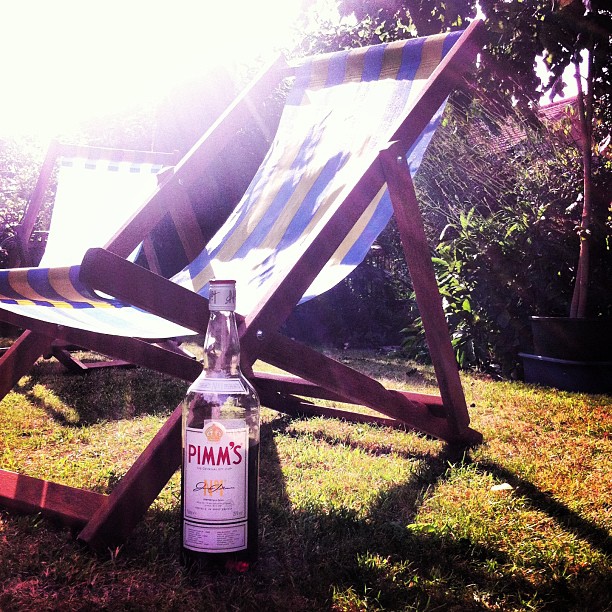 The summer nectar for the British. No matter what, I’m never letting it go. 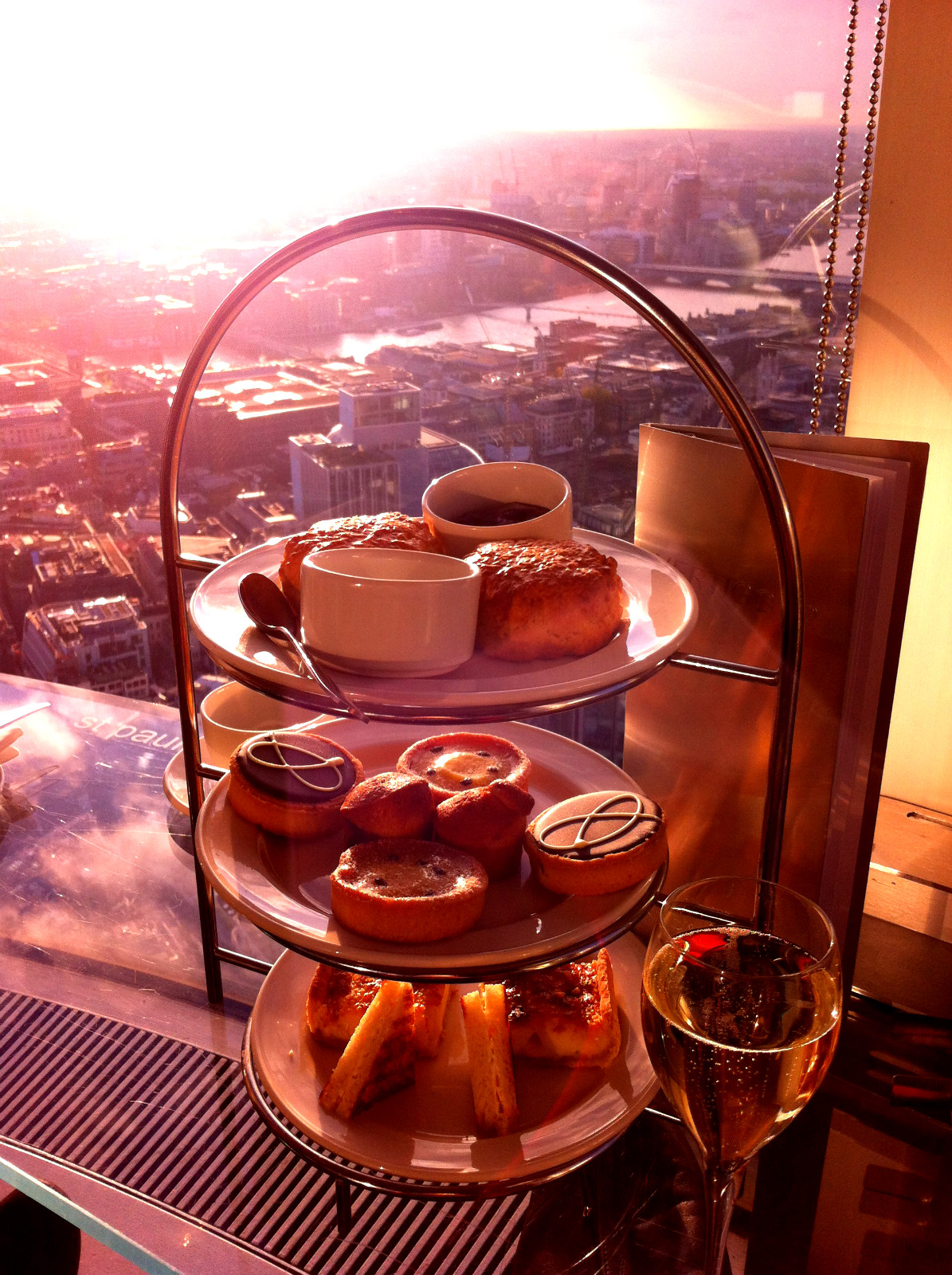 And I could never give up Afternoon Tea…

Americans have a lot of stereotypes. Some I agree with, and some I think are really unfair. Among them, however, are that they are more “in-your-face” people, non-cynical, open, expressive, and unashamedly emotional. To a certain extent on some of these things, I can understand… in my experience, Americans are more open. They are generally more trusting when they first meet someone than I’m used to. Actually, when I first started meeting Americans on a more regular basis, my more reserved British nature would make me suspicious of just how friendly and welcoming they were. “Why are they smiling so much? Are they taking the piss? They have got to be taking the piss. There’s no way they like me that much already.” (I realise this is probably as much a reflection on me as it is on Americans.)

And, sure, they’re portrayed as less cynical in the media, but a lot of the Americans I know have still got a sense of humour and an attitude I can relate to; not everything is rainbows and butterflies. But whether I or anyone else agrees or not, it’s a definite stereotype that Americans are more “gushy”, and perhaps cheesy, than the British.

I didn’t go to America until I was 20, and now at 23, I’ve gone to the US on 7 separate occasions. I have an American boyfriend and have met his American family and American friends. It probably makes sense that I would be influenced by the experiences. And since 20 years old, I’ve changed my view of the USA, I’ve become more open, and probably more outwardly emotional when previously I was determined to be solid as a rock and cynical (not saying it worked all the time, but I tried to be). I mean, I broadcast my feelings pretty easily on this blog. What’s that about? 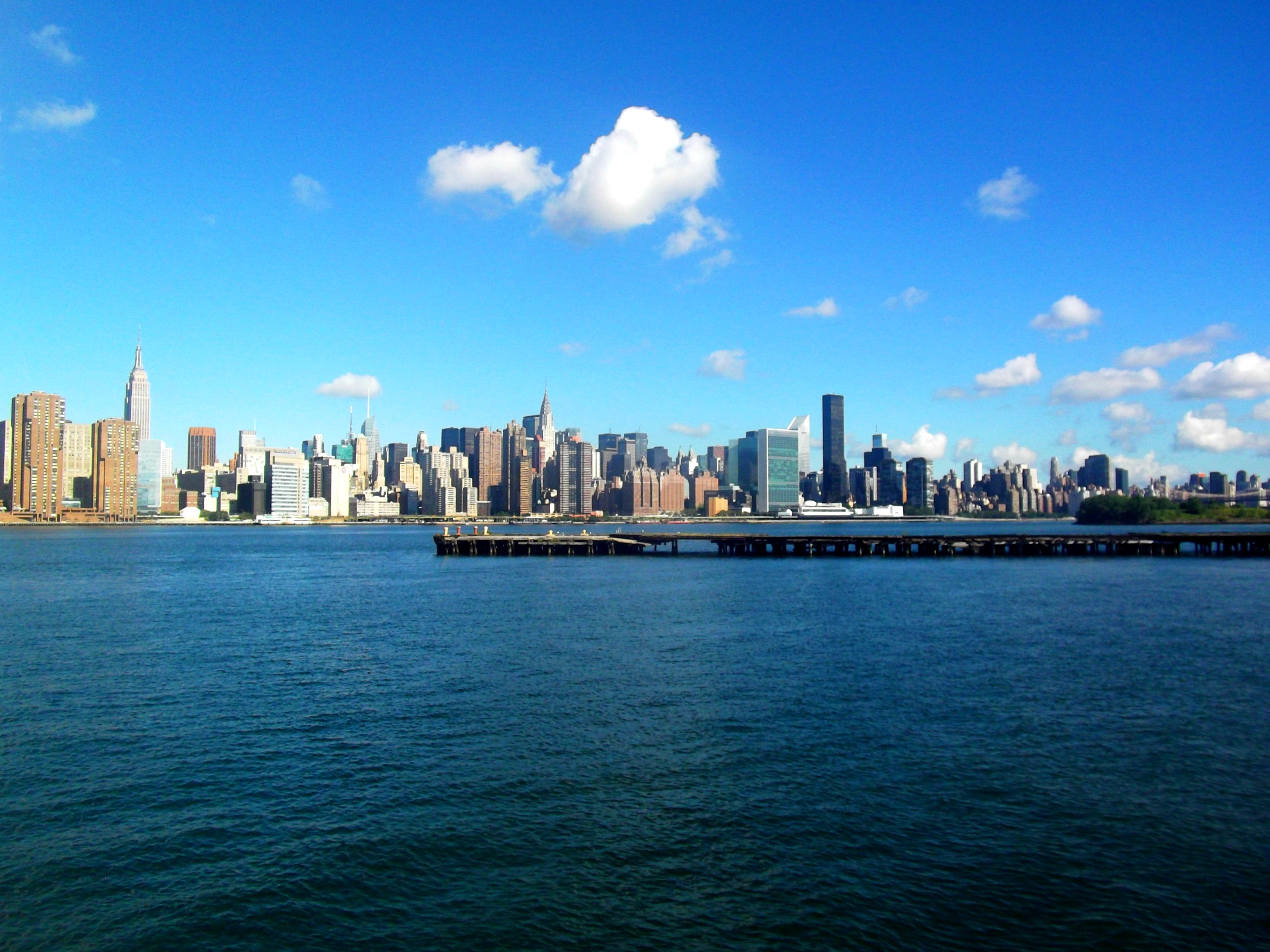 Is this America’s doing? See, here’s the thing: I think a lot of people would say it is. But the more I think about it, the more I pondered over the Eddie Redmayne Oscar reaction with my family over again, I’ve come to the conclusion that it isn’t really because of America. Not their stereotypes, anyway.

Sure, America has forced me to come out of my shell a bit – I remember the first time I was there and would retreat into myself even when ordering a sandwich. I felt nervous that people took more notice of me, whereas in London at least they’re busy looking straight ahead. And I do believe I have absolutely become more open, maybe more “gushy”. To be honest, I’ve let go of a lot of cynicisms (but believe me, and don’t worry Brits, I still have many) and, I suppose, have got more in touch with my softer side. 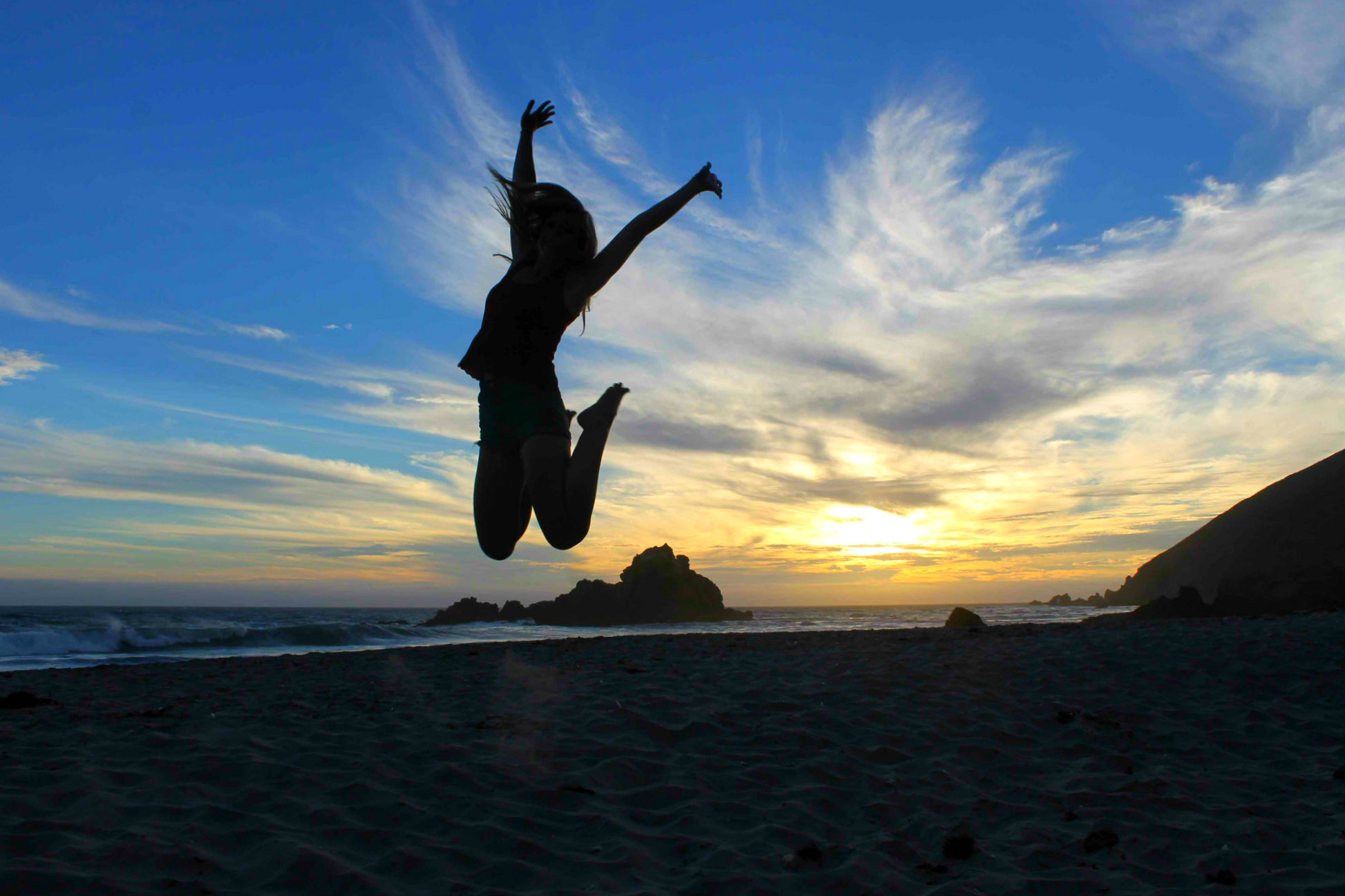 If it’s not America, what is it? That’s actually easy: travel. You see, I have been going to the US since I was 20, but at 20 was also when I lived in Australia. From 20 I completely opened my eyes and became obsessed, hungry, passionate and consumed with and about travel. It wasn’t just America but every country I’ve visited and returned to since then. It’s every place that has moved me and genuinely and somewhat embarrassingly made me well up by the sheer sight of it.

It’s Melbourne’s laneways, the unbearably amazing memories of the Great Ocean Road, the feeling of being on the Brooklyn to Manhattan ferry in the summer sun, kayaking on the Charles River in Boston, the power of Niagara Falls, eating a croque madame in Paris with a view of the Notre Dame, watching the sunset within the Reichstag dome in Berlin, cycling in Vancouver’s Stanley Park, hanging out with my friends in Amsterdam, wading through waist-deep water in a gorge in Oregon, the sheer wild nature of Iceland… and so much more.

All of these things I’ve done since 20 years old. So if Americanised means honestly opening my eyes to the wonderful world around me, hungry to explore more, happy to gush about it… then so be it. I’m still British through and through (with a dash of Czech), but I’m frankly pretty proud to have the influence of all the places I’ve been.  : ) 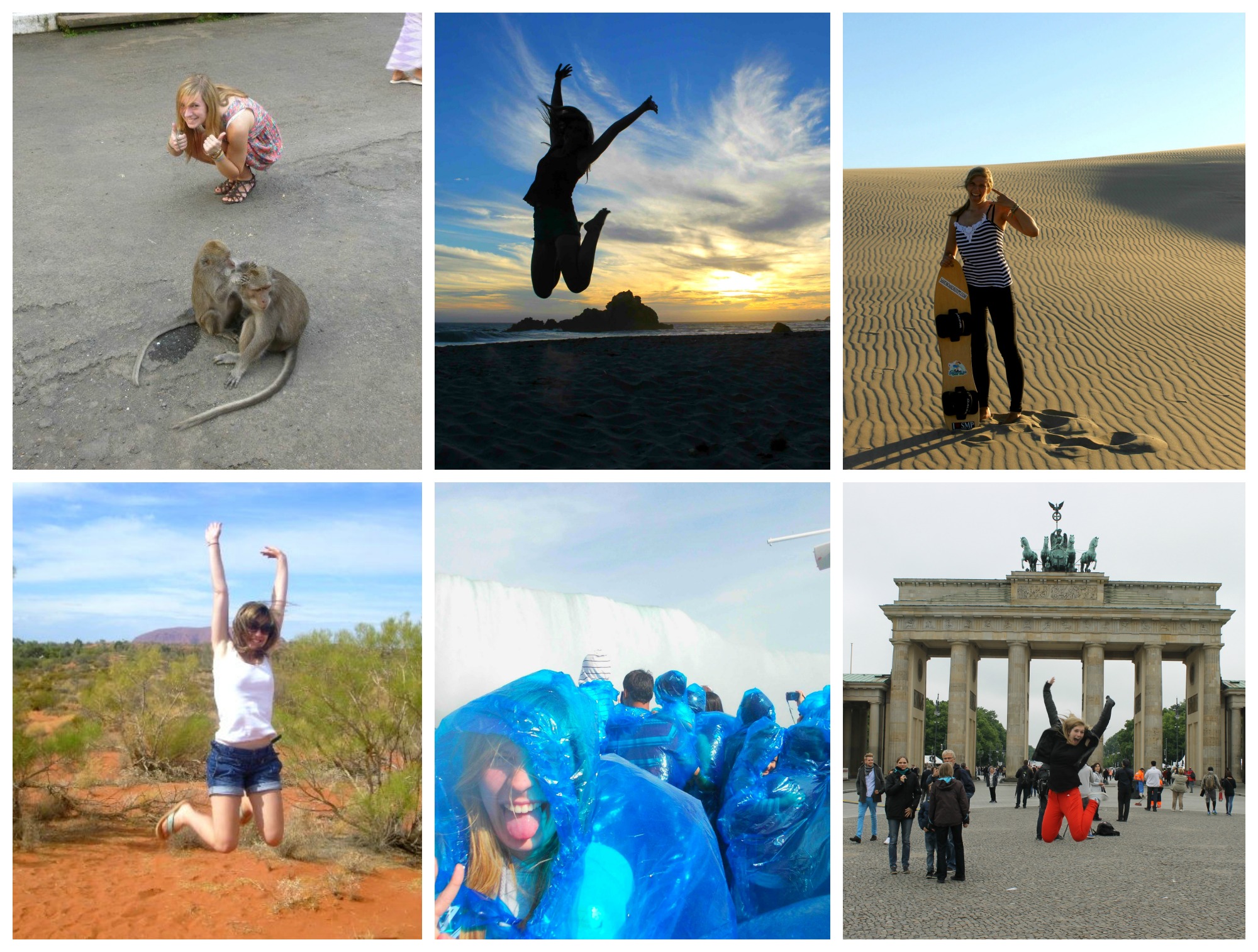 Many more places take the credit

Disclaimer: this is all not to say my parents are not excited about the world or travel. They are two of the most worldly people I know, taught me curiosity and gave me amazing adventures from a young age. Something I am forever grateful for.