Most deals for ski holidays and breaks send you away to your week of shoop shoop shoop-ing down the mountains by plane. I feel like they’re missing a trick.

Eurostar is mainly the go-to for a weekend break in Paris or Brussels. But did you know you can get to the French Alps really easily using the Eurostar from London, with minimal effort? When I explained this as the plan for my ski holiday to a French person, they didn’t even know. Maybe I shouldn’t think a French native knows every single thing about French transport, but it struck me that more people should know about this option. 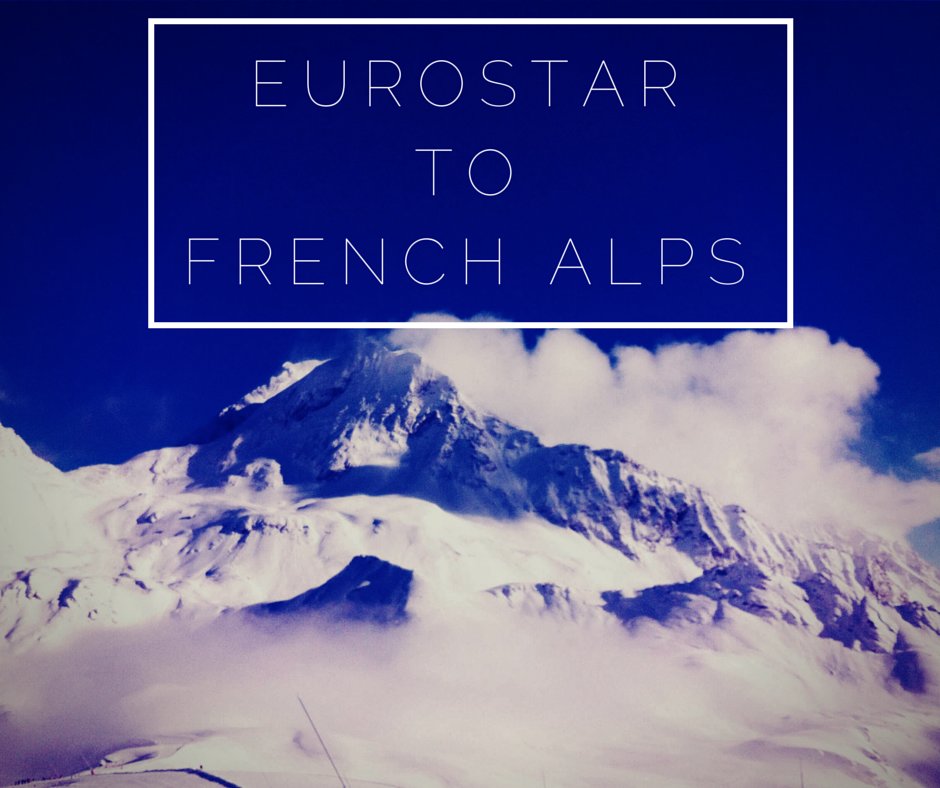 I’m currently skiing with my family in the French resort of Les Arcs and because of my mum’s dislike of flying, we always found ways of having worthwhile family holidays without going to an airport while I was growing up (road trips, cruises and trains were major features of my childhood).

And really, airports can be a pain: there’s the effort and money to get there, the early arrival time and the baggage allowance. You have to pay extra to bring your skis or board, and of course there’s the massive ski jacket.

The Eurostar provides a great way to avoid all of this hassle. You can bring your skis for no extra charge and there’s no limit on weight for your luggage – a dream for any skier or any traveller. 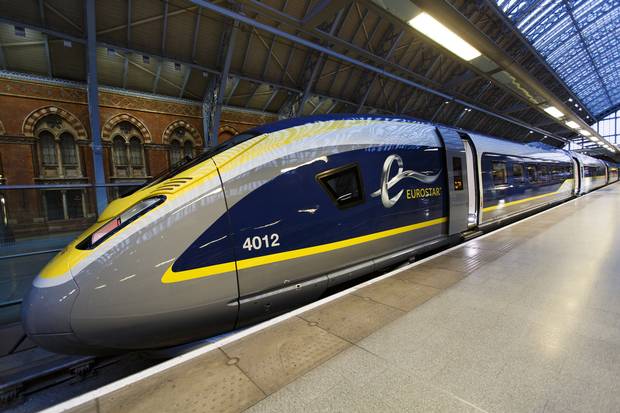 These are the connecting ski resorts easily accessible from these stations:

La Plagne
Important note: on the its journey back, the Eurostar doesn’t stop at Aime-La Plagne. You’d have to make your way to Bourg St Maurice to pick up the Eurostar for your return journey.

From each railway station, there are bus services to take you to each resort. You’ll have to pay extra as these bus prices aren’t included in the Eurostar price. From what I last remember, this is about 30 Euros.

To get to Les Arcs (where I am now!), it’s slightly different. Next to Bourg St Maurice, there’s a funicular (the price of which is included within the Les Arcs ski lift pass) which will take you to Arc 1600. Once you’re here within the Les Arcs resort, the buses are free to the other destinations, like Arc 1950 or 2000. They wait outside the funicular so just hop on and you’re done! 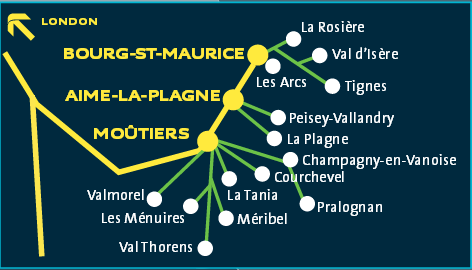 It does take longer, sure. The journey time from St Pancras International, where the Eurostar starts (also stopping at Ashford International), takes about 7 hours.

But I counter that with these pros:

You’ll be sipping beers on the slopes in no time!  : ) 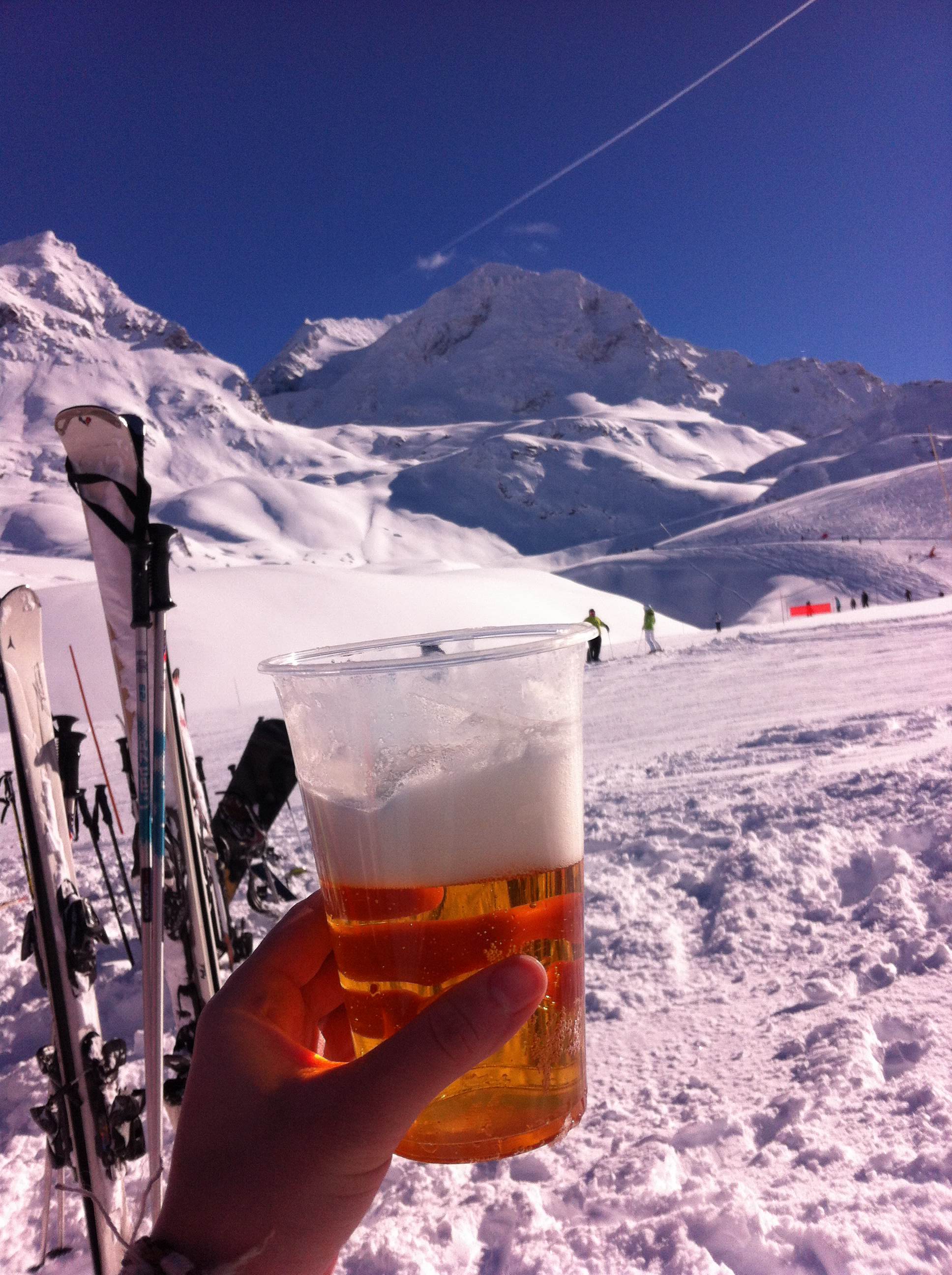