Taking photos is one of my loves of travel (as anyone who has ever gone travelling with me knows…) so I was really excited when Jodie from The Little Backpacker nominated me to continue the Thomas Cook #ExploreTheElements competition.

The essence of the challenge is this: represent the four elements (earth, water, fire and air) in your own photography that you feel fit best.

The other entries are incredible – there are some talented bloggers out there! But regardless, it’s not about winning (kind of), but the joy of going through your photos, reminiscing, and trying to capture the elements and put your own spin on them.

Before I begin, this is how to enter:

The overall winner gets a £5 travel fund, and the winners of each element win goodies including a Fujifilm X-T1 camera, an Apple MacBook Air and an iPhone 6. The competition ends 16 March (your blog post has to be live by then) so get moving! Find the terms and conditions here. 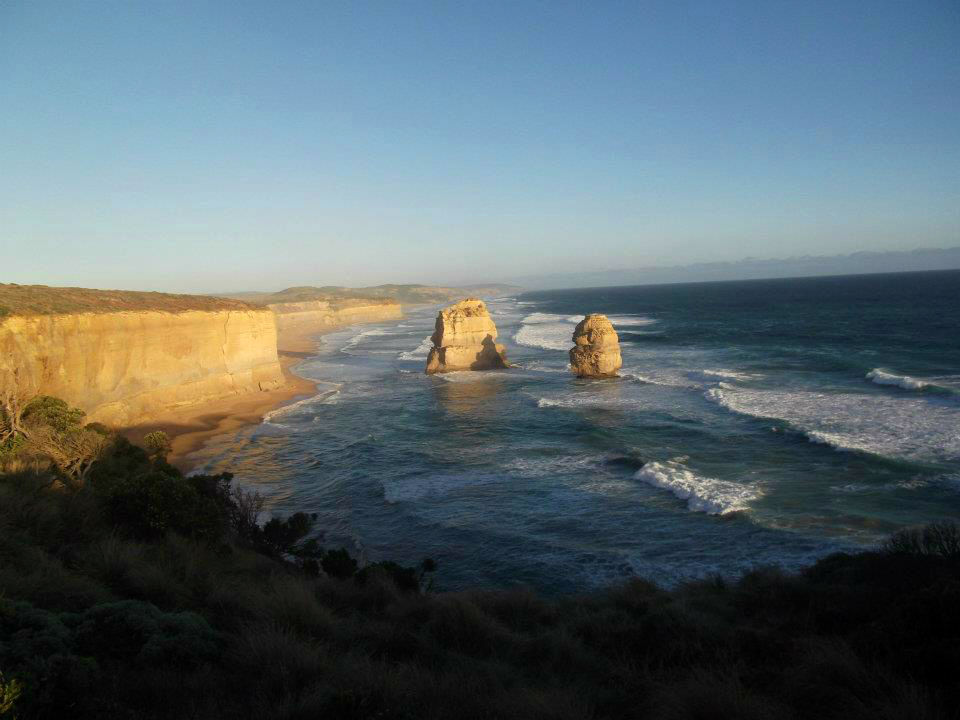 Ok, so I chose this Great Ocean Road picture because 1) I love the Great Ocean Road, and 2) well, I love the photo. The coastline of the Great Ocean Road is so rugged and the 12 Apostles (this side is the not-as-photographed side) are a great example of erosion and the beautiful formations it can make, something I felt was quite suited to the Earth theme. It all still looks firm and sturdy but underneath it’s sort of delicate, too.

We arrived at the 12 Apostles just before sunset and I love the glint that creates on this photo – especially the shadow from one rock on the other. When I return (which I will), a helicopter ride here is a must (my budget didn’t stretch that far as a student…). 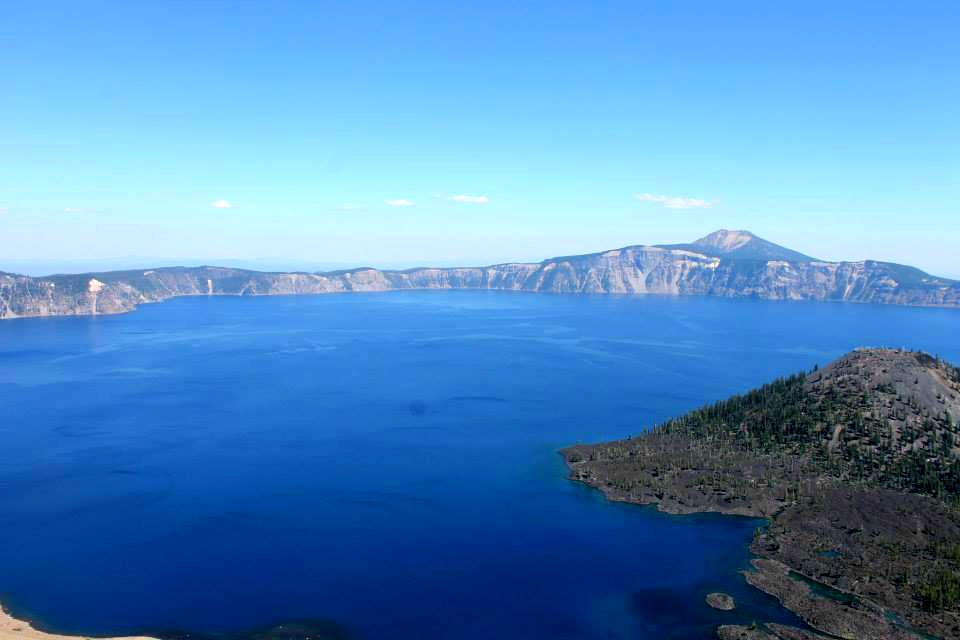 Wow, this element was the most difficult to choose. In the end I went for Crater Lake because it’s the place I’ve most been in awe of the water. I found everything about it fascinating:

It’s quite out of the way, but I would happily go here again as it’s so mesmerising. The contrast of the land and the water is just incredible. I still can’t get over it. 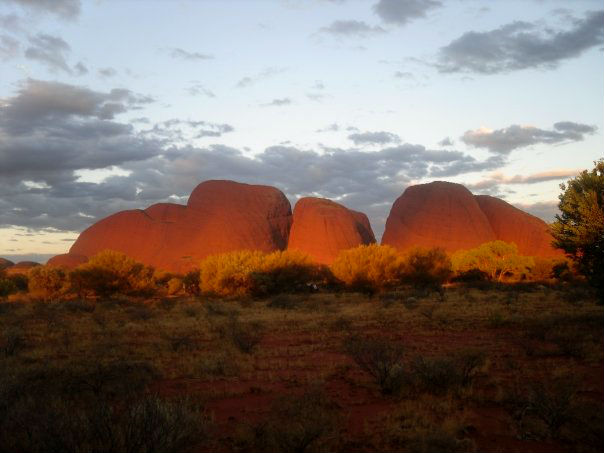 I chose this for fire for a few reasons. Starting with the obvious, the colours of Kata Tjuta at sunset are vivid reds and oranges. Secondly, I think of fire as wild, free and passionate, which is the way I felt about the stories of the Aborigines and their culture the whole time I was in this part of Australia. There’s a deep spiritual connection between Aborigines and nature, one which is full of force and strength but also a care and emotion, that I felt was suited to the element of fire. Free but attempted to be tamed, wild with nature’s forces, and passionate in their storytelling. It just fit to me. 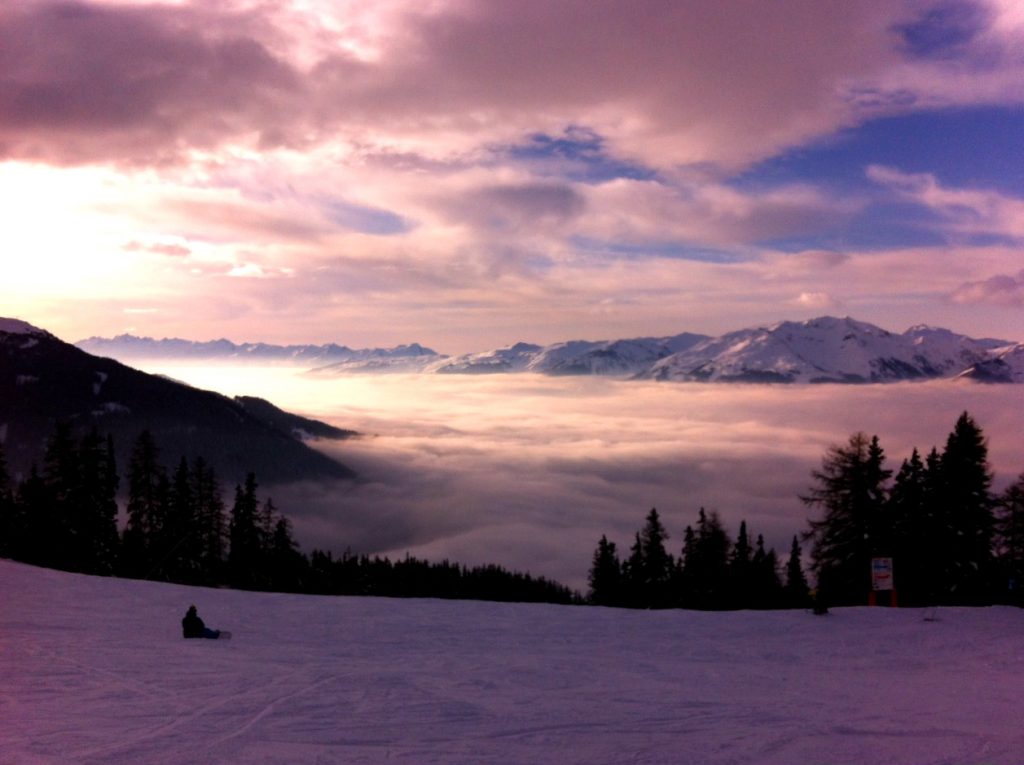 My first thought was to pick a plane wing photo, but that felt too obvious. This one probably is to, but I love it and whenever I look at it, I can’t stop staring. This was taken while I was skiing in the French Alps last month, a view that was literally (and when I say literally, I mean it) stop-skiing amazing. You always sort of feel like you’re on top of the world when skiing/in the Alps, but this just blew up the feeling full force, from the peaks of the mountains to the wispy sea of clouds. It felt otherworldly.

Beverley from Pack Your Passport, Jessi from Two Feet One World, Naomi from Todd’s Travels, Virginia from The Well-Travelled Postcard and Nicole from A Life Less Beige.

Looking forward to seeing your pictures!