Getting lost in noisy streets, people-watching – some basking in the sunlight outside a coffee shop, some charging on their mission to get to point B – the peaceful secret spots and birds eye view spots: cities are fascinating things.

The daily vibe of a city is a love of mine. It’s where its inhabitants have created and preened their idea of home and it can be so entirely different from yours. Your favourite city is an interesting thing to think about because you start to notice what resonates with you, and the fact that everyone has a varied opinion makes it even better.

Here are some of my favourite cities…

Oh, London. I have my ups and downs with London but I know it better than any other city having been born and bred here.

Despite being biased towards London, there are many reasons it’s one of my favourite cities. It’s got the iconic landmarks: Big Ben, Houses of Parliament, St Paul’s Cathedral, Tower Bridge, Millennium Bridge, Tower of London, the Shard… I could go on. It’s a city teeming with history, something I never properly appreciated until I left Europe. I watched plays in the Globe Theatre from when I was a little girl, I watched light displays projected onto Buckingham Palace, studied Jack the Ripper on the streets of Whitechapel, learned about the Gunpowder plot in London Dungeons, and I revel in the knowledge that pretty much every step I’ve taken in London has some story behind it.

London’s the perfect mix of old and new. It’s the best example of a city I know that holds its past so dear to it, acknowledging how much it defines it, yet still embracing the new through architecture, art exhibits and food and drink. 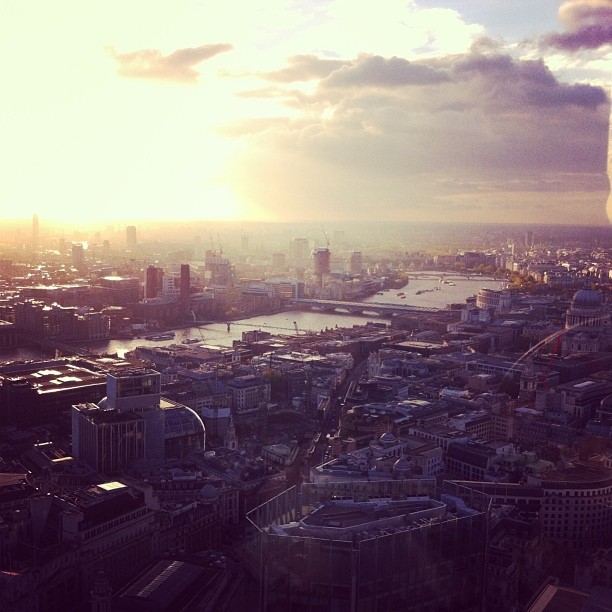 Want to know more? Here are some of my posts on London:

The Ultimate Guide to Notting Hill Carnival
Where’s the London Love? Part 1 (Summertime); Part 2 (Views); Part 3 (Big Ben)
Surviving the Colour Run in London: All You Need to Know
Join Me In… Wilton’s Music Hall
The Things You Learn on a London Speed Boat…
The London Coffee Festival
The Return to London Dungeon: What’s Changed?
London Afternoon Tea: British at its Best 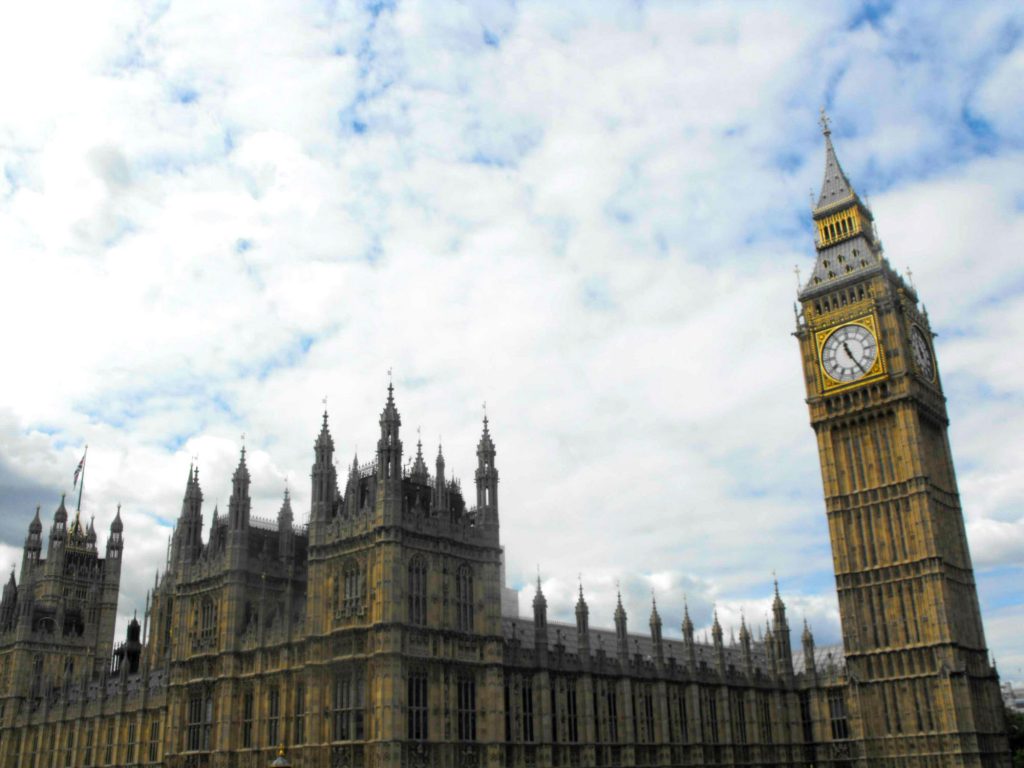 My adopted home. It was sort of a happy accident that I came to live in Melbourne for half a year, and I’m so glad I did. Melbourne doesn’t have an impressive skyline made up of landmarks like London, Sydney, New York and others – to be bowled over by Melbourne, you have to get inside it.

It’s a city where sightseeing isn’t the main task at hand when you visit. Rather, it’s a city you experience, walking the beachside promenade in St Kilda to the coffee-drenched laneways and graffiti-lined dumpster side streets. It’s about getting to know the different areas and find the secrets of the city. Which cool bars are around, where’s the next restaurant with food to salivate over, which day trip should you go on?

To me, Melbourne’s a playground. It’s easy to get distracted and unveiling each layer of the city – well-presented, cultural, hipster, artistic, caffeine-addicted, food-obsessed, down-to-earth – is a joy and an activity I’ll be continuing when I next return. 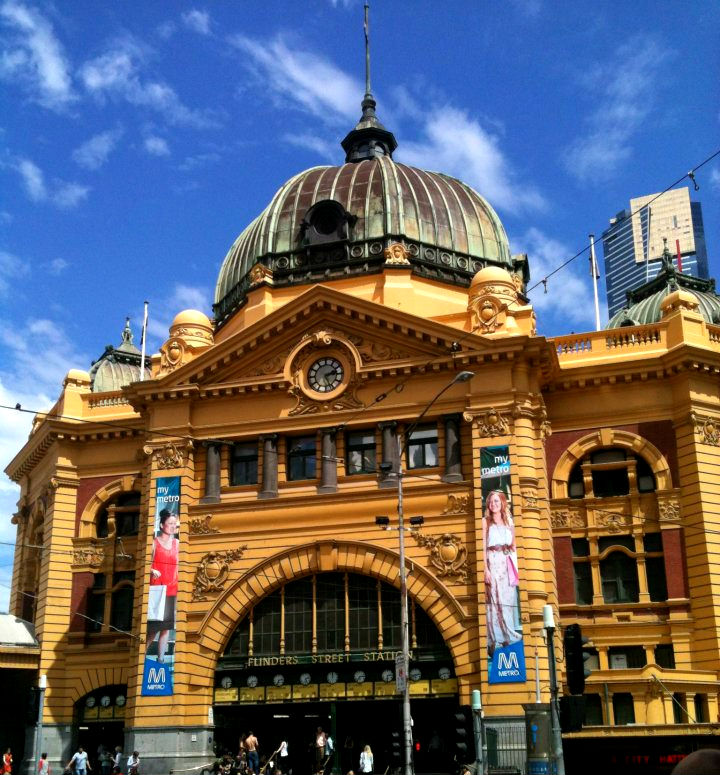 Want to know more? Here are some of my posts on Melbourne:

7 Things I’m Happy I Did in Australia
Great Ocean Road: Sights Not to Miss
Join Me In… Acland Cake Shop
5 Things Nobody Tells You About Studying Abroad
Battle of the Beaches: Melbourne Edition
Melbourne’s Quirky Beauty 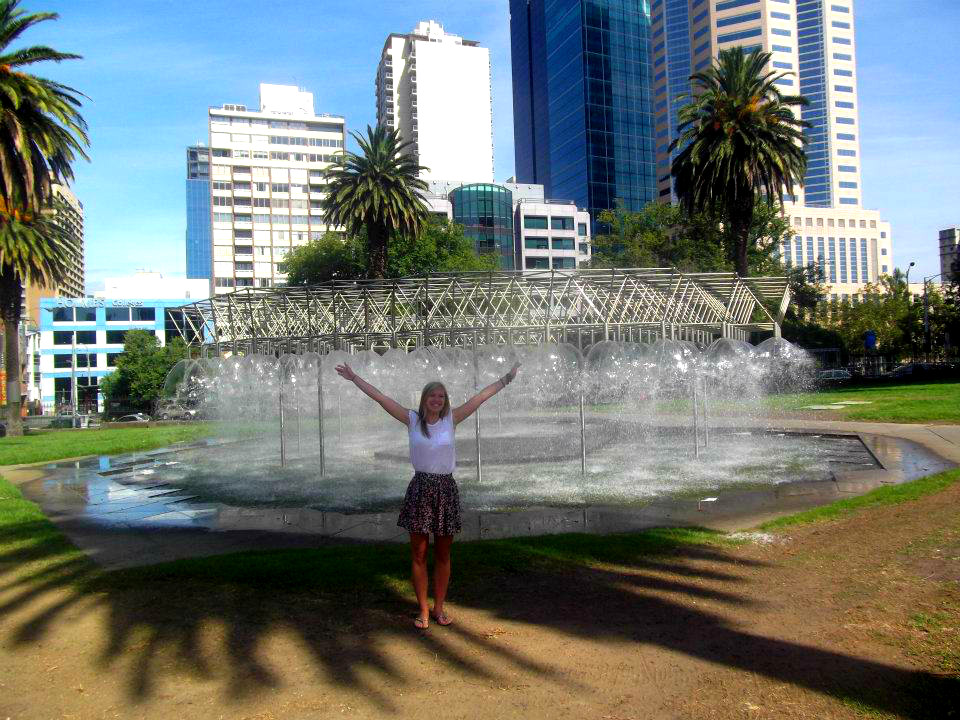 The capital of mother’s native country. I used to go to Prague very often since I was a baby, and sadly it’s happened less as I’ve become older (and depressingly I haven’t visited since I started this blog!). It’ll always be one of my favourite cities of course because I’m biased as I feel like it’s half of me and I’m being loyal to my mum, but there’s more.

Prague is truly a beautiful city with architecture so stunning in its gothic style that there’s always a sense of atmosphere and grandeur when walking along the cobbled streets. It’s majestic and proud but comforting: if you’ve ever tasted any of the food in Czech Republic, you’ll know it’s not about delicate, tiny plates. It’s dumplings, schnitzels and beer (and so much more, obviously). 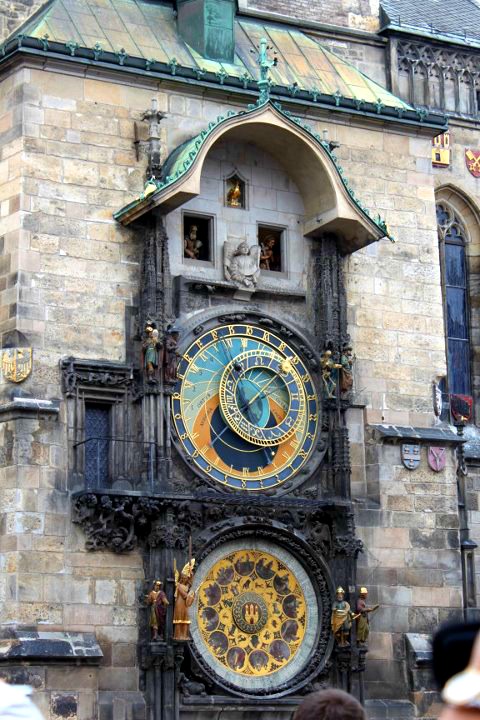 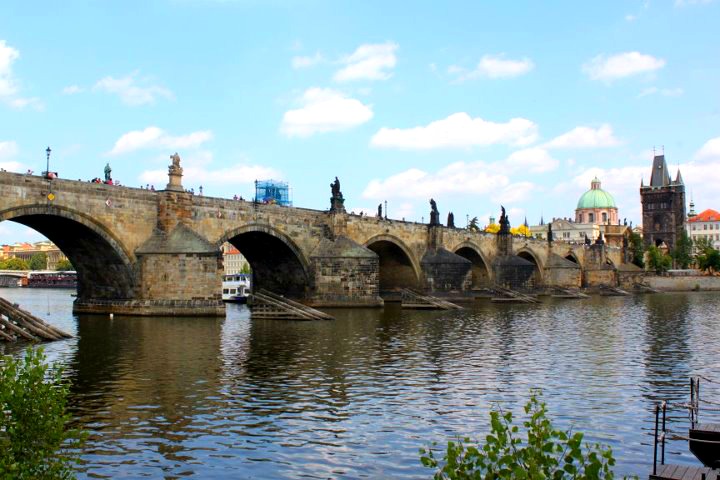 Vancouver is a new love for me. After visiting last year during my USA/Canada west coast trip, I decided Vancouver was a perfect city: mountain views, beaches and cosmopolitan lifestyle. It felt like a fairly small city to me (probably because I’m used to London) but in a nice way. It wasn’t suffocating, it was manageable. I didn’t feel overwhelmed; instead I felt like I could really sink my teeth into exploring it.

I like cities which can offer me something beyond the obvious. One way (a more pretentious way, admittedly) is through secret bars or bars with character. It makes me feel like that bar is one little personality making up a city. I get to see one side of it, or a little microcosm of what the attitude and persona of the city is.

Vancouver was clean, open, fresh, healthy (seriously, more runners or people with yoga mats than in any other city I’ve been to) and quirky. Plus, it’s close to other awesome places on the west coast. I’ll be back, Vancouver. 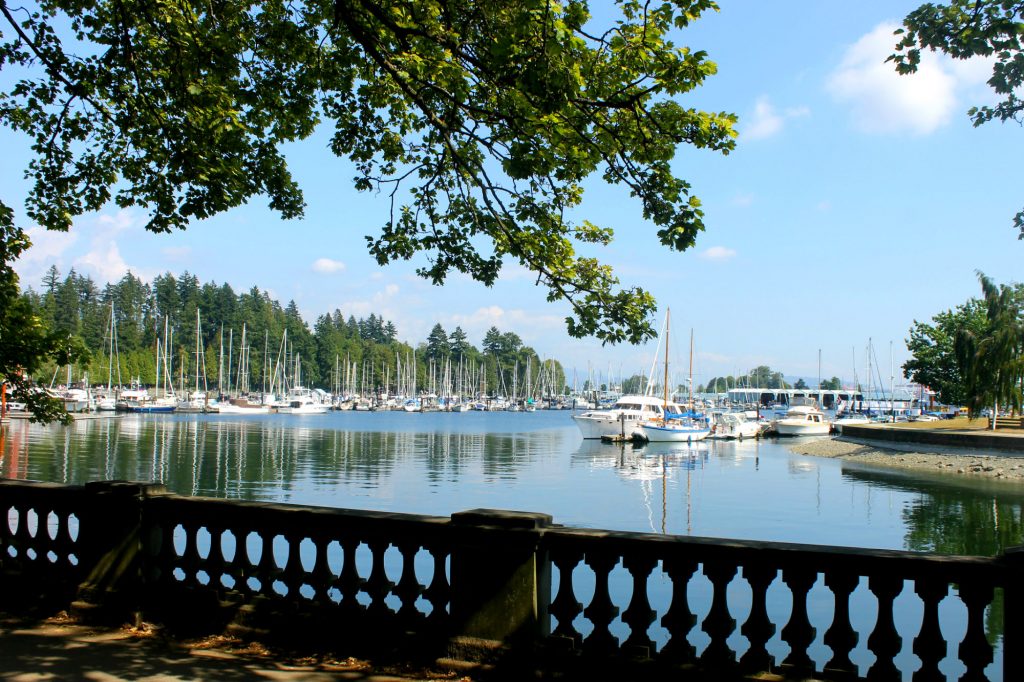 Want to know more? Here are some of my posts on Vancouver:

Vancouver to San Francisco in Instagram
A Tale of Two Cities: Renting Bikes in Vancouver and San Francisco
Orca Watching (in the wild)
Ziplining on Grouse Mountain
First Impressions of Vancouver 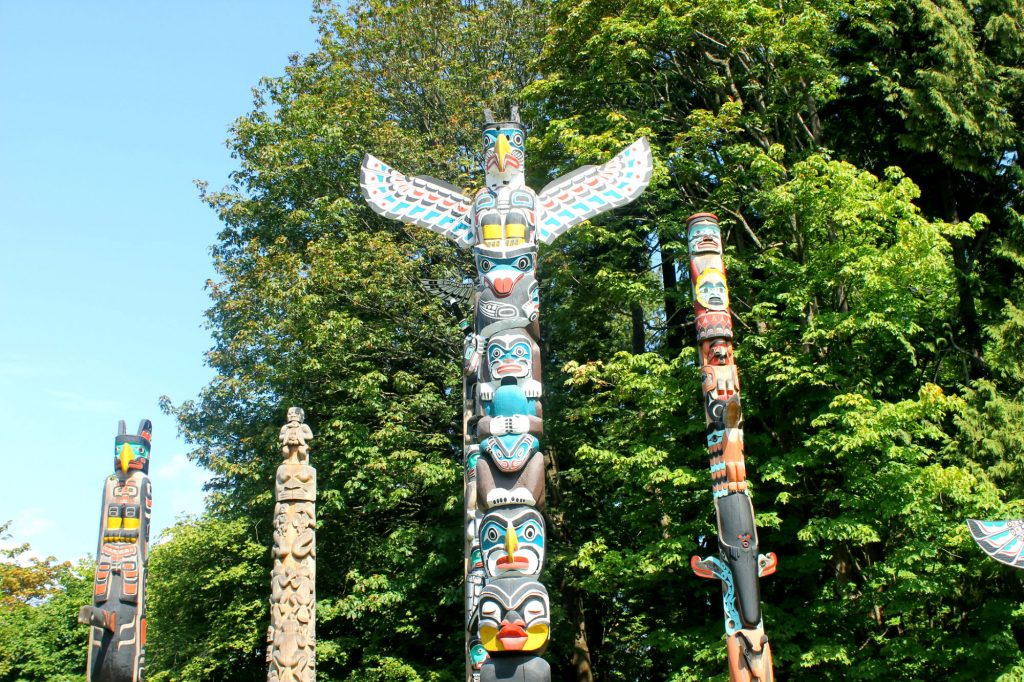 I think I always loved the idea of San Francisco because of the image of 1969’s Summer of Love. I wrote about my first impressions of San Francisco when I went last year, and with hindsight, it’s fallen into my top cities. It definitely has some problems with homeless people, but the city still has such a laid back vibe and doesn’t take itself too seriously.

There are so many different areas to explore, and if Vancouver was the smaller, manageable city, San Francisco is definitely the overwhelming one. You need a long time to see this city and all it has to offer. A few days will take you for a mad rush around the touristy places (much like New York) but to get into the vibe of the people there, I think you need a while longer. Still, with the views of the Golden Gate Bridge and the snippets of the strangely lively but chilled attitude of San Franciscans, I was enamoured with the city. 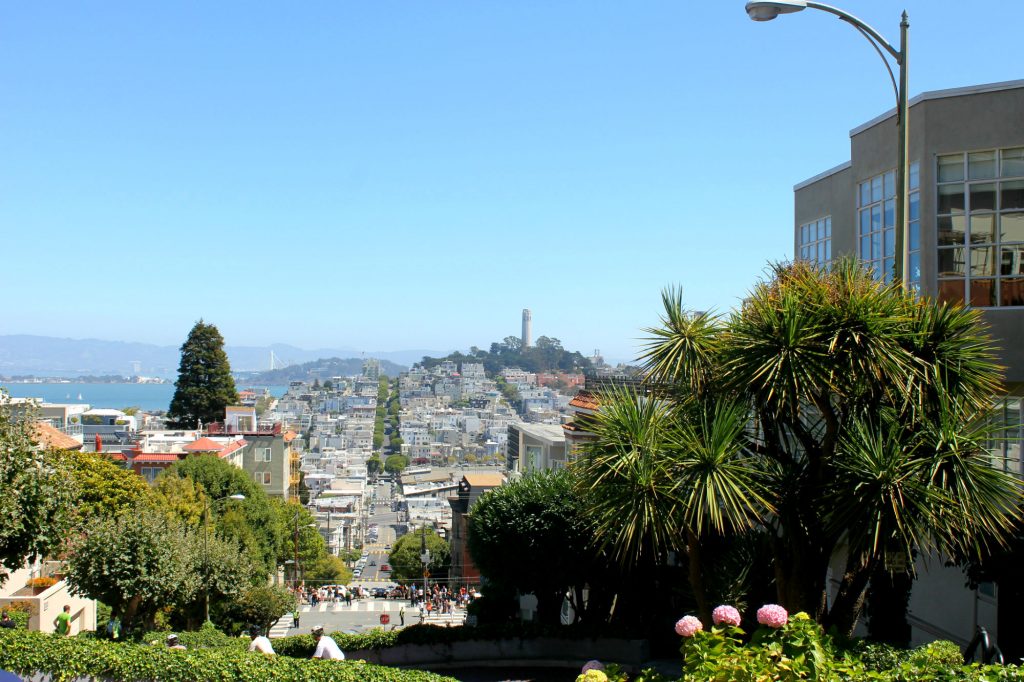 Want to know more? Here are some of my posts on San Francisco:

Vancouver to San Francisco in Instagram
A Tale of Two Cities: Renting Bikes in Vancouver and San Francisco
First Impressions of San Francisco
A Journey Through California’s Big Sur (not SF, sure, but very close and worth a visit!) 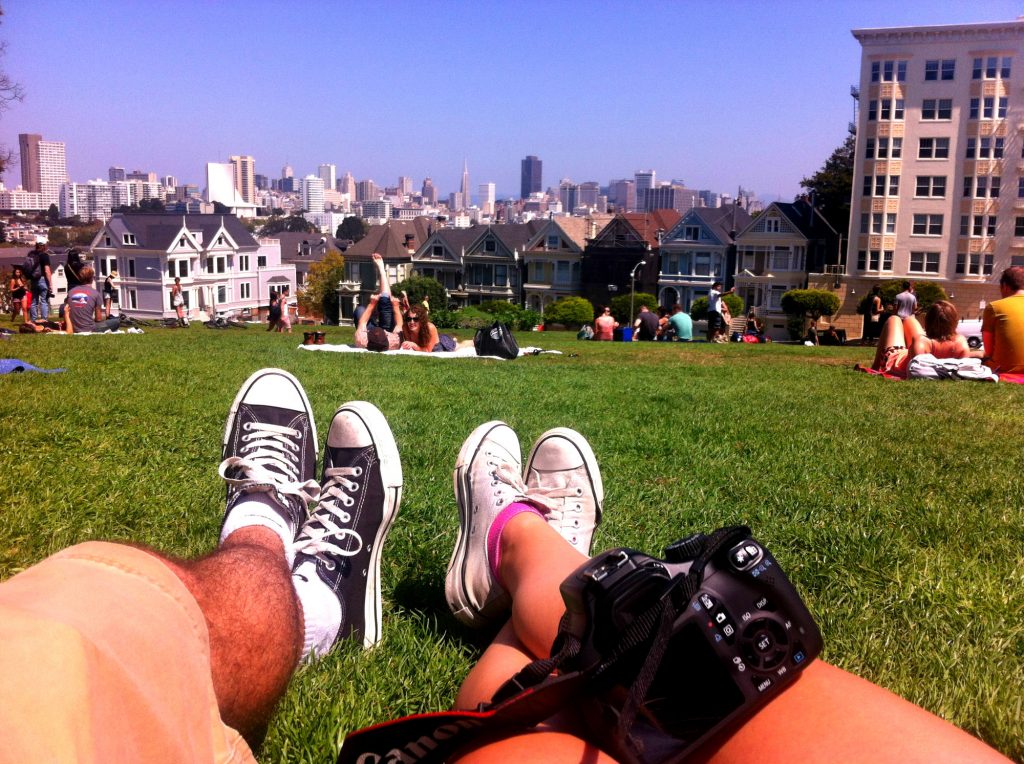 Now, it took a while for me to warm to Boston. Probably because it wasn’t really my choice or a bucket list item rather than a means to visit my American boyfriend. But a few trips in and I came to really respect it for its history, enthusiastic and proud people who live there and easy-going nature.

The easy-going nature is one a bit like Vancouver’s: it’s not a hard city to find yourself falling in rhythm with. It’s not too overwhelming. It’s welcoming and on the smaller side, so you don’t so much feel the need to rush around. That’s not to say it’s not exciting, because it is. You know the layers thing I was talking about earlier? That’s what Boston has too. It’s almost like Boston is keeping itself a secret – people don’t tend to realise how great a city it is: the food is great, you could spend your days in its parks and it’s a student-filled city, meaning bars and nightlife is forever shifting and adapting. 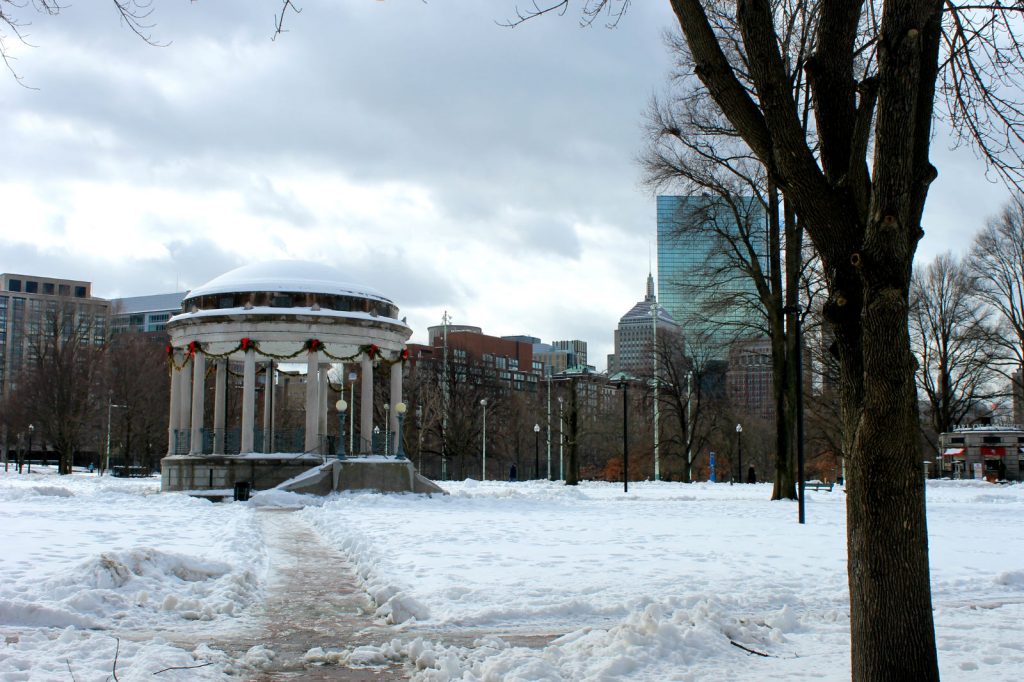 Want to know more? Here are some of my posts on Boston:

Join Me In… The Beehive
The Boston Globe You Didn’t Know About
Boston in Winter: Snow, snow, snow
Boston’s New Hangout: Seaport
A Boston Connection 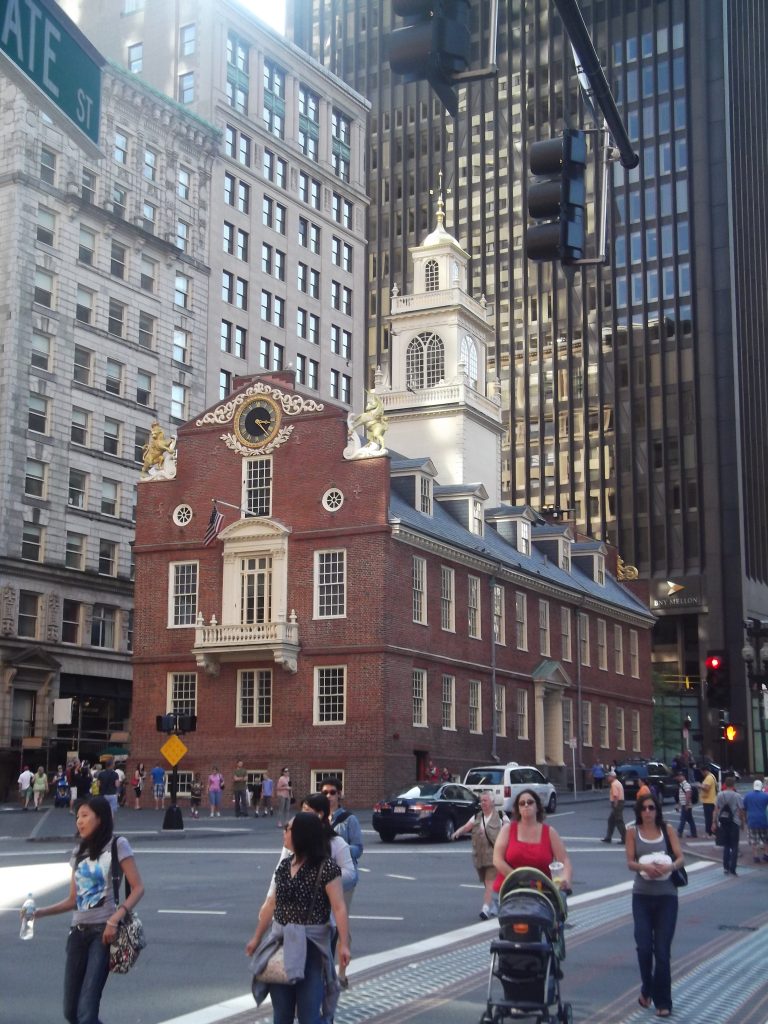 What are your favourite cities? Let me know where I should be headed next…