Those were the words uttered by one of our foursome who made it to the top of Cerro Chato in Costa Rica, and they were true, in a way. Somehow over the huffing and puffing, holding each other’s possessions as we clambered upwards, we managed to bond on a new level. We all shared one desire: just get to the freakin’ top of this thing.

Cerro Chato is in La Fortuna, within the Arenal National Park. It’s a dormant volcano that looks like a measly dwarf beside Arenal Volcano next to it, but let me tell you, it is no easy feat.

It may not be the multiple day trek of the Inca Trail to Machu Picchu or Mount Batur in Indonesia, but this dormant volcano (inactive for 3,500 years, thankfully) in Costa Rica has an elevation of 3,740 feet (1,140 metres) and because of its steep and muddy slope, good physical condition tends to be advised. Of which I’d like to think I have… but this hike definitely made me question it. 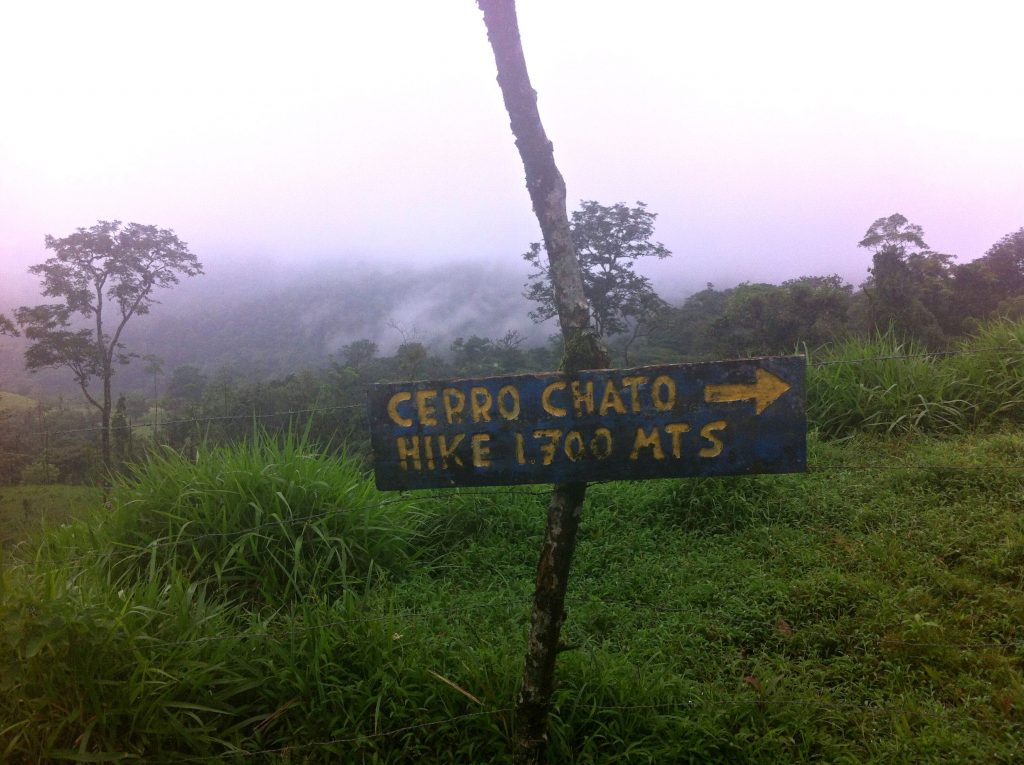 Four of us – two girls, two guys – made our way from La Fortuna waterfall (more on that later) to the Arenal Observatory Lodge, the place where the hike begins. This fact could probably be made more clear around the area… we did far too much walking, searching for the start of the hike before the actual hike even began.

You have to sign in and pay the fee to do the hike. I also borrowed a poncho because I didn’t bring a raincoat… not just on this hike, but for the whole backpacking trip. Number One Rookie Mistake to make in Costa Rica, especially wet season. You live and learn, people.

Next came the most excruciating  3 hours that is absolutely no gentle traipse through the rainforest. Because of the constant rain in these parts, it’s a challenge with every step due to the slippery mud, especially as it’s steep all the way up. There’s no chance you won’t get mud all over your shoes, legs and hands as you grip onto the ground to make it up safely through uneven ground. Once you get amongst the trees, you make the same scrambling efforts with the roots that jut out, sometimes the height from your feet to your chest (as a note of comparison, I’m about 5’6 or 7). 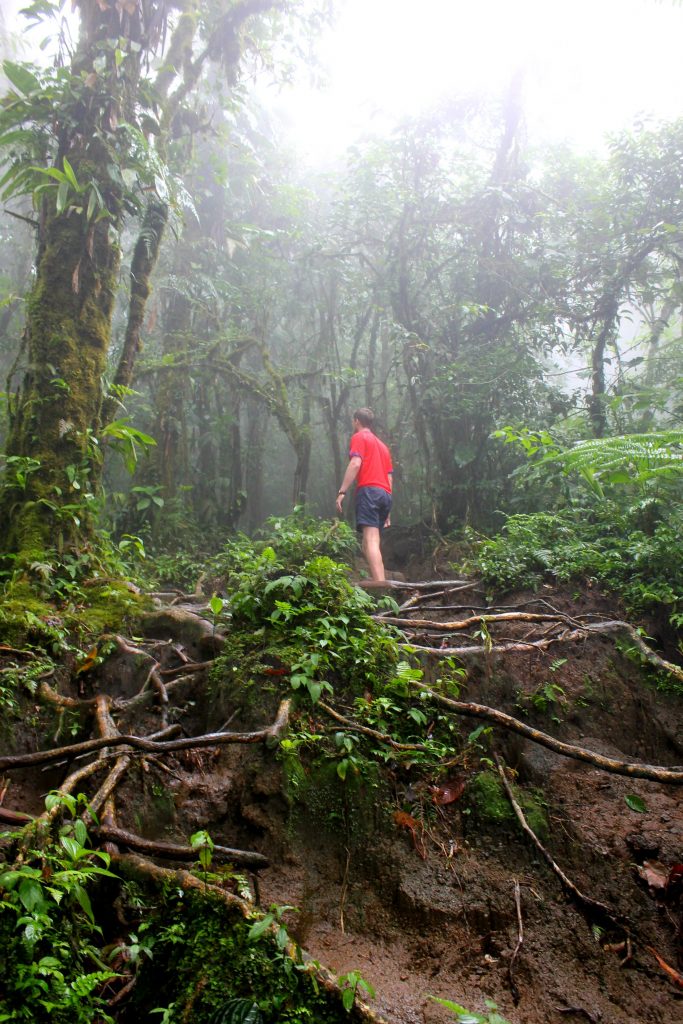 Unfortunately we knew we weren’t heading for any incredible view; the mist was surrounding us so thickly we couldn’t manage to see too far in front of us. Still, we kept up hope and every time we emerged through one cloud we’d say, “It’s clearing up!”… it wasn’t, but when you can’t tell how long there is to go you believe anything that makes you feel better.

“You know how I said it would be cool to see a snake? I don’t think that anymore” – words from one of our party when we were becoming less enthusiastic and could only focus on putting one foot in front of the other. A moment he must have realised, actually, in the middle of nowhere, when we hadn’t seen a single other person for a good hour or so, and were increasingly tired and delirious, bumping into a snake probably wouldn’t bode well.

Luckily no snake problems came up. The main issues were exhaustion, sharing out our water and wondering whether we were soaked all over our bodies by rain or sweat (I still don’t know and think I probably wouldn’t like the answer anyway). 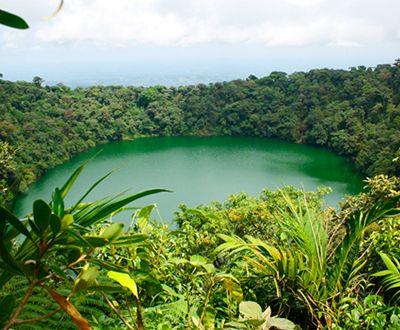 The view you’re meant to see… picture via ArenalVolcano.com

And just to give you a full sense of where we were hiking, and to really rub it in for myself… 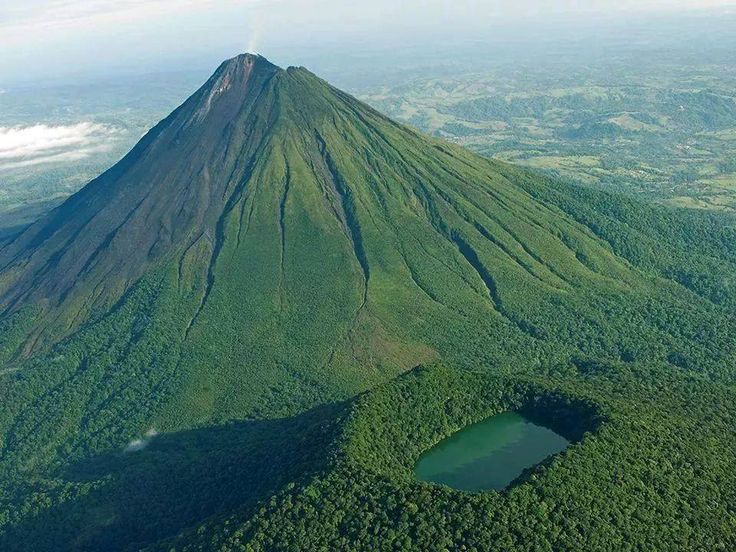 So instead, we just rolled with the mist and laughed at how little we could see. We were proud we just made it to the top, took some silly pictures (with that glorious view…) and wiped a little mud on our faces like warriors. Because that’s how we felt at the time… and we were probably dehydrated and tired, making us a little crazy.

Was it worth it? Not for the view, but I’ll always be glad I did it. It’s one of my main memories now with the people that I met and the difficulty of the hike but carrying on anyway.

Things to know if you hike Cerro Chato…