One of the reasons I wanted to go to Costa Rica and included it in my 2015 travel goals was the wildlife. Since I was little, I’ve loved animals; they were what I’d draw when I could first hold a pen and I felt I had to hide my love for David Attenborough documentaries far into my teens at school because apparently I couldn’t handle my own “geekiness”. Note: it’s never geekiness. Love what you love and be proud (you know, within reason)!

Costa Rica is known for turtles, sloths, monkeys, an array of birds like hummingbirds and toucans, and much, much more. How could I resist? So off I went to the Monteverde Costa Rica Cloud Forest in order to catch a glimpse of just something. 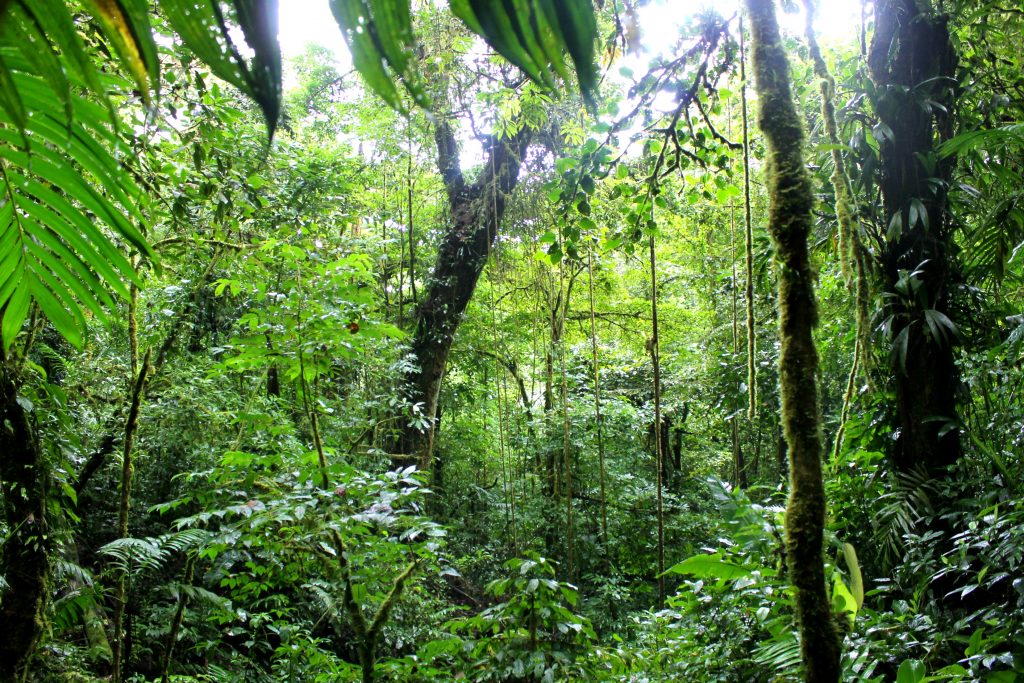 If you’re ever in Monteverde, or Costa Rica in general, I recommend a night walk. Straight from the start it feels like an exciting adventure, starting just as the sun sets (or later) and walking into dense forest to see what wild things you bump into – a tad ominous.

Our guide had such a keen eye for spotting the smallest things – I mean, I guess he should and would, really – but it was impressive to have a lizard the size of my little finger pointed out to us with barely a glance at a leaf. We also saw a sloth, high up in the trees, as well as a couple of monkeys and a beautiful toucan standing so still some of the group wondered if it was fake (it wasn’t). 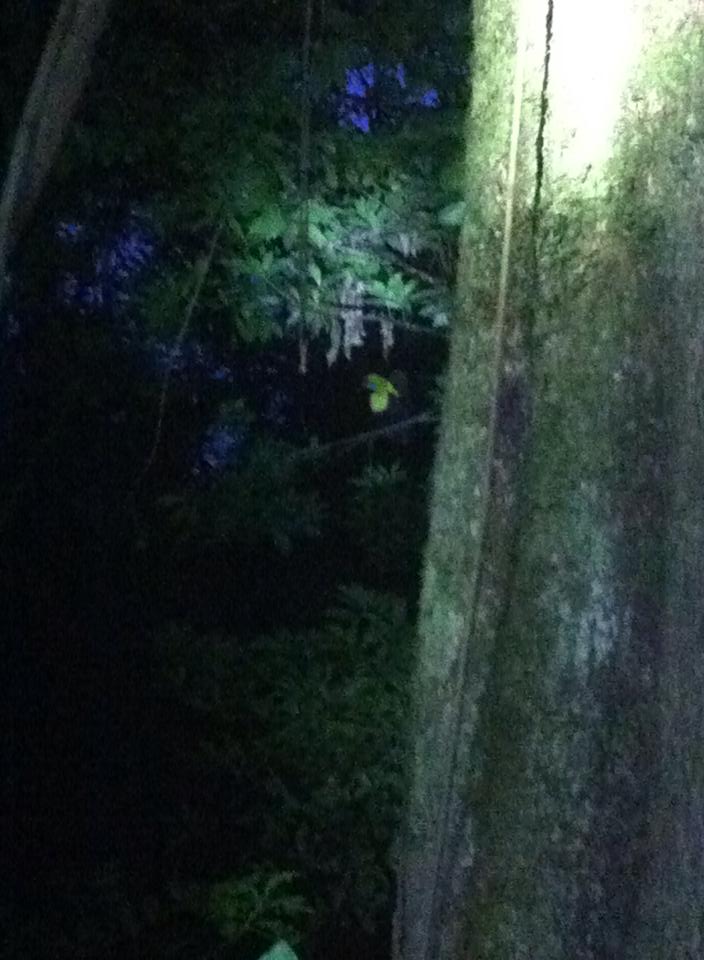 I never claimed to be the best night photographer…

Then came the scary stuff, although I have a bit of a warped idea of this. There were snakes (green vipers) wrapped around branches, looking calm and peaceful, but apparently deadly if one happened to pounce onto you. We saw a tarantula and a few scorpions, which I found fascinating and held my phone up close for photos.

Tarantulas and scorpions I’m fine with, no problem. What I didn’t like, however, was the ants. I now have an intense dislike for ants. Those things are alarmingly quick to run up your feet and ankles and give you a sharp bite. So a lot of my time was spent with my torch pointed down at the ground to avoid disturbing any marching paths of big red ants. (To be fair, we were told to keep looking where we’re going as you never know what you might step on…) 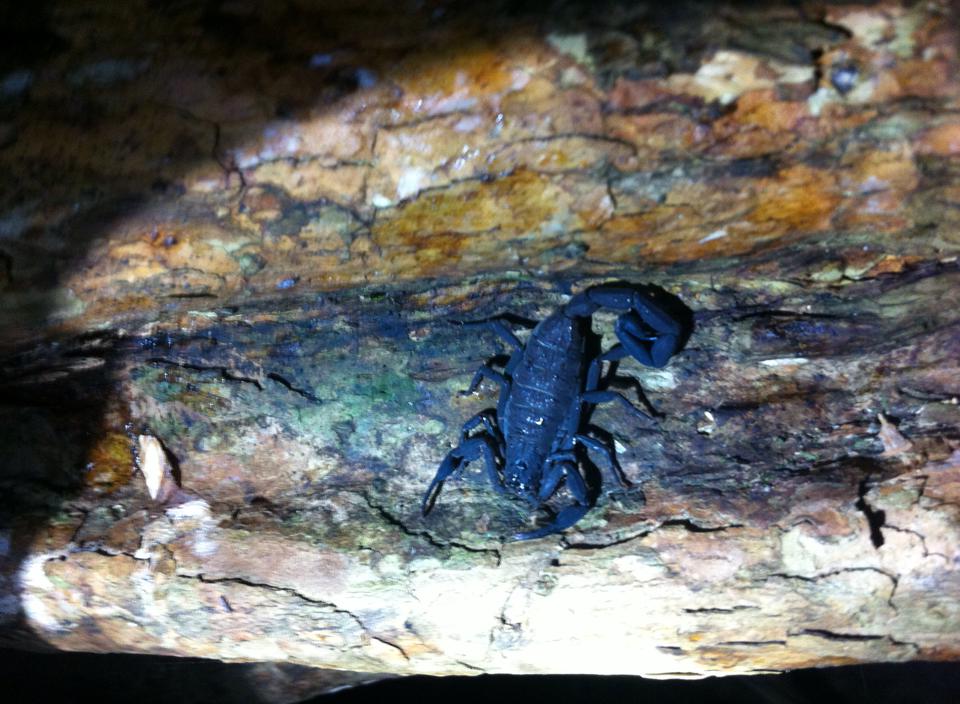 The funny thing is that once I got back to my hostel after the night walk, there was a sloth munching away on low leaves right opposite the street. Typical. 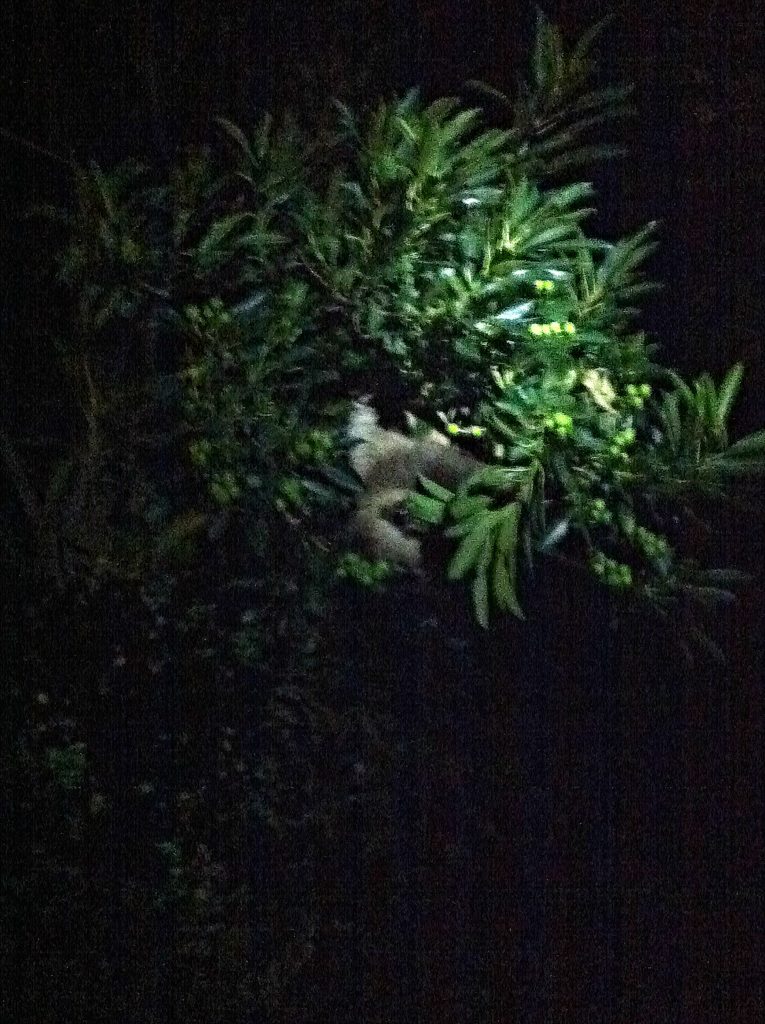 An incredible part of travelling somewhere so different to where I’ve been before is feeling like I’m living in all the photos I’ve lusted over. So much of the time in the cloud forest, I felt like I was in Jurassic Park (and actually, when watching the first film a few days before I left, it’s apparently set on an island off Costa Rica). Vines hung everywhere, moss wildly invading every tree and barely any sky to be seen through all the greenery. All you could hear was the birds or the faint sound of a waterfall close by – or sometimes the chaotic screams of howler monkeys.

I stayed at Monteverde Backpackers in Santa Elena, where I met a few people to head up a few hills in order to watch the sunset one night when it was surprisingly clear – believe me, when they say it’s the rainy season, it’s really the rainy season. One Costa Rican told me that the country has two seasons: wet and wetter. 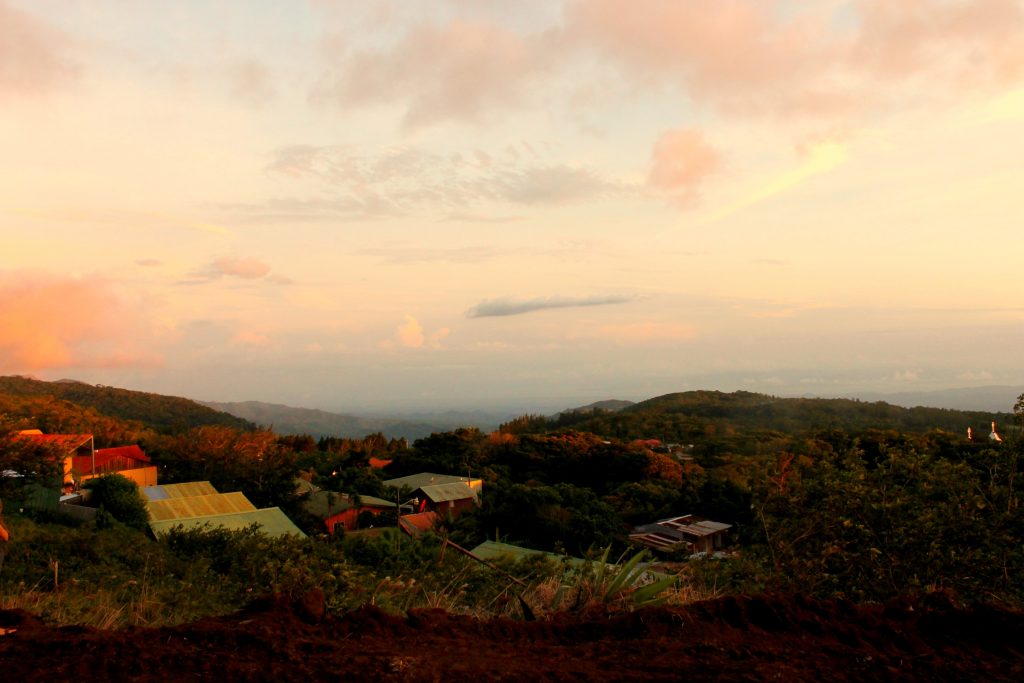 The sunset from this hill in Santa Elena was another classic view of Costa Rica: rolling hills and rusty roofs poking randomly from some crevasses. Trees are everywhere and you have that mesmerising view I’m obsessed with, when you can see silhouette after silhouette of hills or mountains in the distance, each a different blue or green haze. It’s one of the points you realise how small you are in the world, which is one of my favourite feelings. 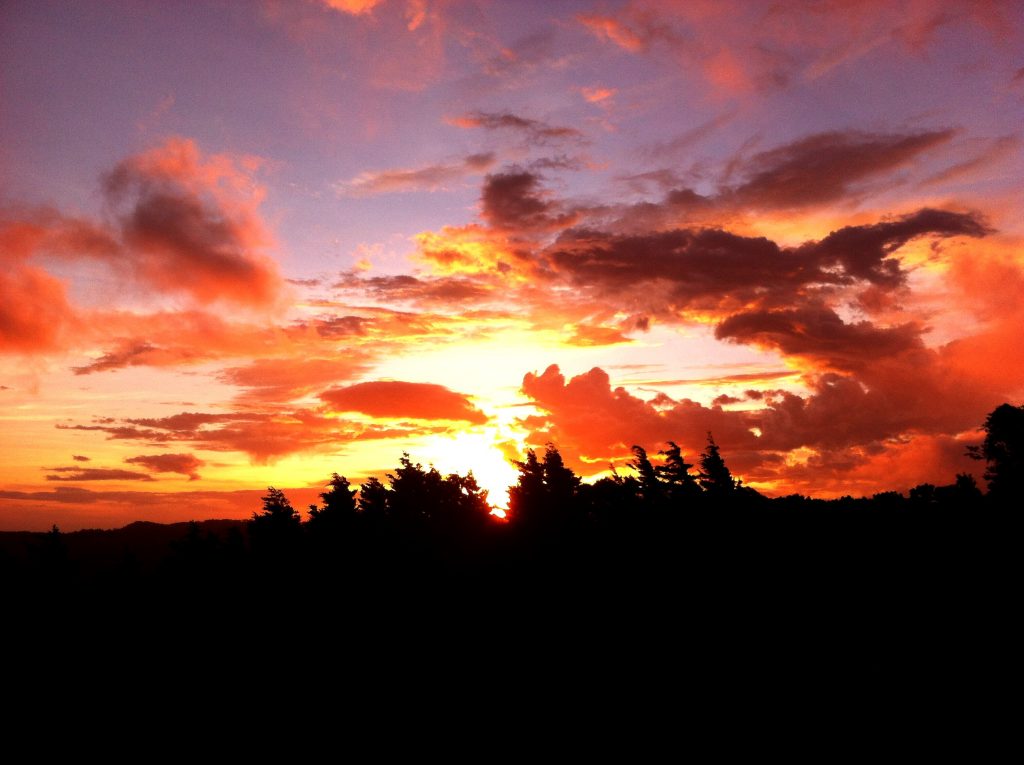 Where I Stayed: Monteverde Backpackers

How to get to the Monteverde Cloud Forest:
300 Colones (about $1) for the public bus from the bus stop outside the big chicken (Pollo) sign.