I thought it should be time for me to post a monthly update seeing as, well, things are getting way more interesting these days. I’ve just returned from my trip to Central America and with Norway in a few days and moving to Canada in a few weeks, it’s time to write this all down and gather together what I get up to. It’ll be a way for me to motivate myself to explore more, and I like to reflect back on things and organise thoughts.

I started June having handed in my notice for my full time job and finishing the last couple of weeks. It was a whirlwind of handing over my role to different colleagues, sorting out some bits of my Canada move, but most of all, planning and feeling petrified about my 3-week trip to Costa Rica and Panama. Then of course came the trip – my first ever completely solo trip – which made the already busy month fly by! 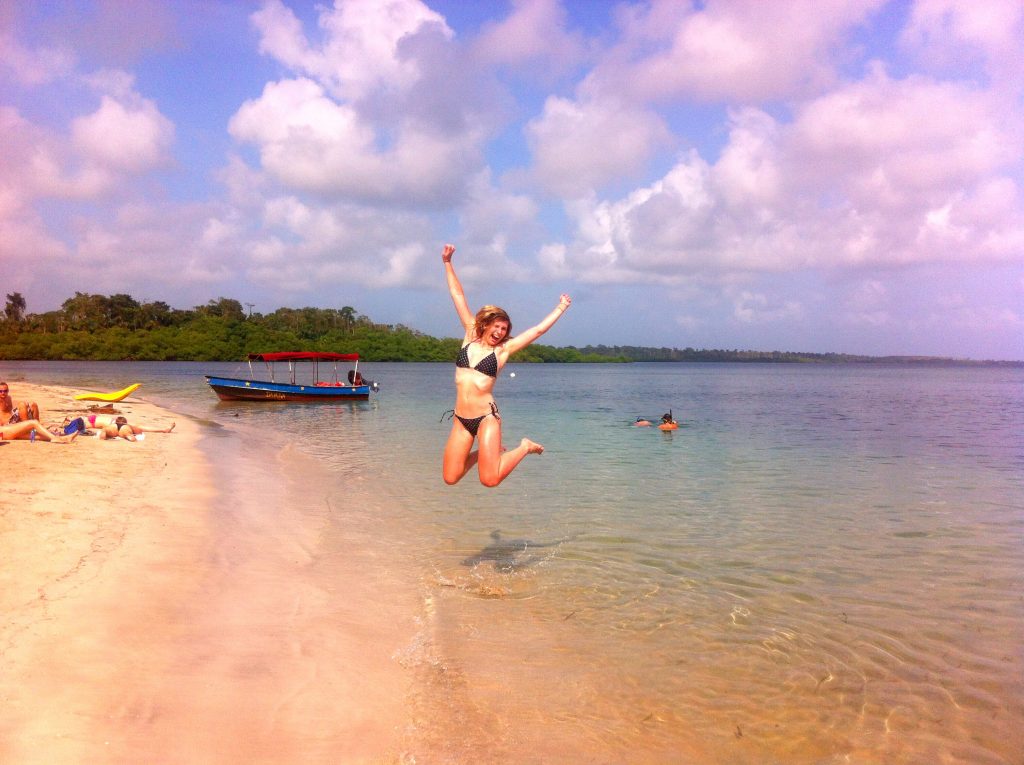 Highlights of the month:

I wanted to do it until I was told how difficult it was. But in La Fortuna, a few of us took on the muddy, slidey, exhausting challenge together and hiked Cerro Chato, the dormant volcano next to Arenal Volcano. This was no ordinary hike: it consisted of a consistent steep incline over mounds of slippery muddy mounds and through the rainforest clambering over roots, often too high to simply carry your leg over.

I came really unprepared without a rain coat (the biggest idiot in the world is someone who doesn’t take a rain coat to Costa Rica in the rainy season…) and I have never been so sweaty in my life – to the point that I didn’t know whether my hair was soaked from the rain or the sweat. But the group of us who took this endeavour on would encourage each other, build each other up, keep an eye out, catch each other when we slipped, hold each other’s bags shared water and rested when it was absolutely necessary. And when we got to the top, it was the best feeling to have done it.

The sunset in Monteverde

Basically just a really nice sunset, which I will always appreciate. It was after a tour actually forgot to pick me up, so I needed something to do and luckily, a big group from my hostel were going to a hill to watch the sunset. It was the best sunset I’ve seen in Costa Rica and was probably the first time on my solo experience that I felt comfortable and satisfied with what I was doing.

The relaxation of Bocas del Toro

I can’t speak highly enough of Bocas del Toro. I won’t go into it too much here as there will be many future posts, but here is where I met lots of people, properly fell into the chilled out vibe of the islands and found that I could do whatever I wanted to do. Oh, and the stunning weather helped.

Lowlights of the month:

I had heard so much about Puerto Viejo, and dreamed about its Caribbean vibe and beaches. Because of the unpredictable rainy season, it actually rained throughout the whole time, for most of the day, every day. I usually try to say rain won’t dampen (ha) my mood and I’ll do stuff anyway, but most things in Puerto Viejo relied on sunshine.

That wasn’t the most upsetting thing for me, though. I had just parted ways with a group of people in La Fortuna who were a lot of fun and I clicked with. I was sad at leaving them and also completely shocked at the difference of the hostel I was now staying in – it’s called Rocking J’s and it’s well known as a party hostel. I would never describe myself as a big party animal, but I had thought it was a good way to make friends… not so much. It was a really big hostel so people were really spread out in common areas which made it more difficult to talk, no one smiled, even in dorms, and people seemed to come in already formed cliques.

It felt like a bad teen flick set in a school, so those were by far my worst days on the whole trip.

That sunset in Monteverde

I didn’t read many blog posts in June as I was away most of the time, and honestly, I’ve completely forgotten the ones before I flew to Costa Rica as I wasn’t planning on doing a monthly update! I’ll have some picked out for July.

In terms of books, I’m reading A Short History of Nearly Everything by Bill Bryson. He’s one of my favourite authors, known for his wit, accute observations and fascination with the world (whether it be in awe or in jest). This is a book about, unsurprisingly, the history of the world in terms of science. I’ve always been a bit of a nerd and soon after I finished university, I realised that I miss learning. Although this book is so hefty I’m not sure I’ll remember any of it…

July 2015 is probably – actually, definitely – my busiest month of the year yet. I arrived yesterday from Panama back home, so there’s the remainder of my trip to talk about. In a few days I’ll be going to Norway to celebrate my dad’s birthday for a week, and once I’m back, I have about a week and a half before I move to Canada! Stay tuned ;)