I had been toying with the idea for a while, but never really planned anything. As a person who always likes a bit of a challenge, especially something that will make me a better person, solo travel seemed like an out-there idea… but an idea I’d quite like to try out.

If it was something that could influence me in some way, why wouldn’t I do it?

How would I know whether I did or didn’t like it unless I gave it a go?

How else are things for women travelling alone going to change if I don’t throw myself into it? 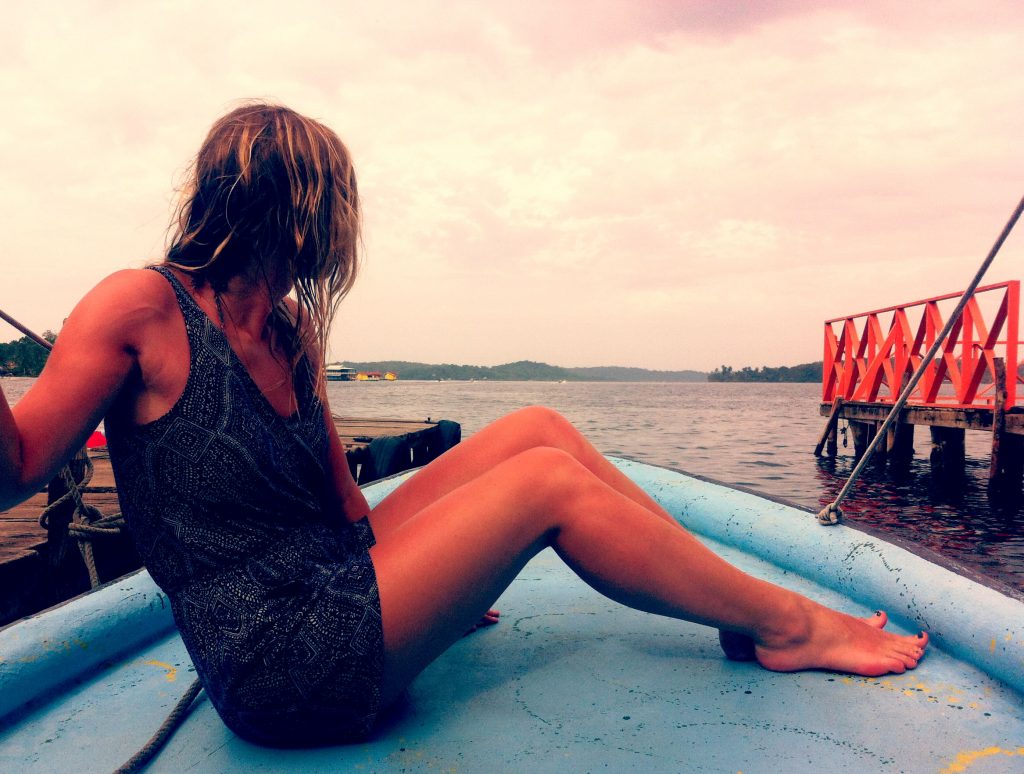 So, suddenly, I found the opportunity: I had to quit my job in order to move to Canada, so why not leave a bit earlier and go to Costa Rica and Panama on my own? It seemed too good a situation to be true, so I started planning. And then I told my parents, almost giving them heart attacks. And then I booked it (they were fine, by the way).

Three weeks of travel starting in San Jose, Costa Rica, finishing in Panama City, Panama. It wasn’t too long in terms of time or distance, but it was all I realistically had time for and good enough for a first solo travel experience.

The whole time I wrote in my travel diary, which is now brimming with emotion, from the good to the bad, and while I’m still reflecting on the whole thing, there are some things I do know to be true so far; things I’ve learned from my first solo travel trip.

1. I’m more laid back than I thought I was

Sometimes the stresses of home and the people who have known you your whole life and expect you to be a certain way can get you to that annoyed level much easier. I’ve always slightly struggled with the idea that I’m tightly wound, and I definitely used to be – but, actually, I don’t think I am.

Away from everything and everyone else, when I only had myself to rely on, focus on, have 100% of my own company, it struck me that I’m a lot more calm and “go with the flow” than first thought, probably by many people in my life. There are always going to be times when you get annoyed during travel and things don’t work out how you wanted them to, but it’s nice to have that realisation that these moments will pass and there’s not much point getting worked up over them. 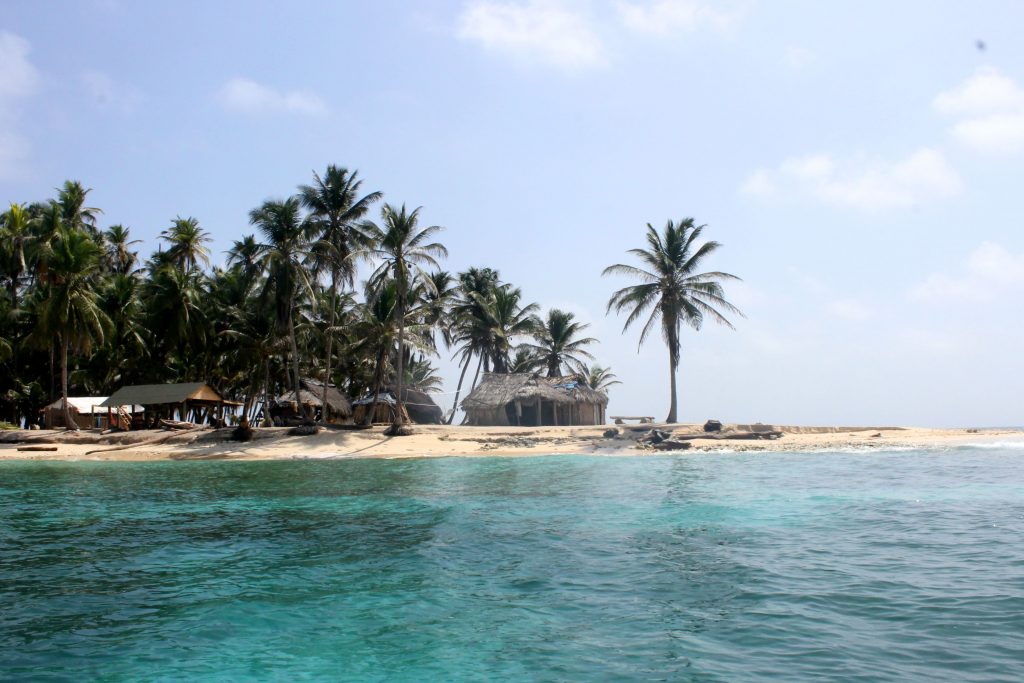 2. We should all make an effort with foreign languages

I went to Central America with basically no Spanish skills. I could say extremely basic things, but couldn’t form sentences, and didn’t have the grammar to be able to see myself through. I picked up a small amount there and had prepared a little with the Duolingo app beforehand, but nothing prepared me for how guilty I would feel when I got there.

I felt awful that I was relying on other people to know some English in their own country – that doesn’t seem right to me. I’ve visited a lot of countries that speak other languages, but they were always pretty touristy and when you’re with someone else, it doesn’t impact you as much as when you really only have yourself to focus on.

I always thought I wasn’t a “language” person, and learning one would be impossible. It stopped me from ever trying because of the fear of getting stuff wrong. Now that I’ve been to Central America alone and it’s really hit me how important it is to have basics, I want to make an effort with every other non-English speaking place I go to. So… Montreal, get ready for my terrible French!

3. There are nice people out there

Every time someone was nice to me, I felt such an appreciation for their effort and kindness. Even if it’s only a small thing: a shop assistant writing on a napkin where I should go that evening, a man calling my hostel for me, a traveller talking to me and inviting me to dinner when she saw I was alone and a man giving me a lift to my hostel.

When travelling alone, you may predominantly rely on yourself, but you are also more aware of and take chances on other people. And when you see someone do something nice for you when you feel a bit lonely or lost, you start to see it in other people. Whenever I saw someone by themselves at a hostel, I immediately went over to say hi.

It doesn’t take much to be nice and accommodating for someone, but we do have to actually open our eyes to see it. 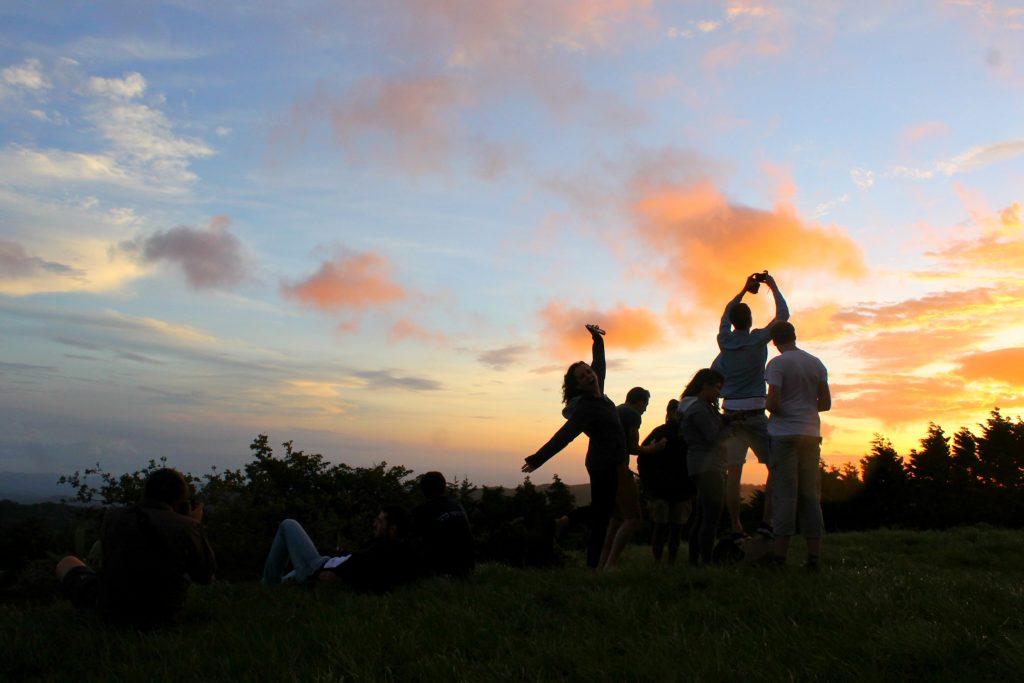 Each time you move around during your trip, you make friends with people, or at least companions. Some friendships have deeper connections than others, and I definitely had a real range in my short time travelling alone.

But no matter what, I still found saying goodbye difficult, or uncomfortable at the very least. The first was in Arenal, when I had made a lovely group of friends and we all went our separate ways. It was like ending and starting a whole new trip; I wouldn’t be in the same place or with the same people, but I was still me in this period of time, during this particular adventure.

I had to press the restart button each time I left and entered a new place. It’s like when you leave everything gets stripped away, almost like it didn’t really happen. Then when you start talking to people, it’s all the same routine questions followed by new experiences. Solo, you don’t have that companion who’s your constant while everything else changes. Solo, you reflect on it, then have to move on and adapt in a different way. Your time in a place becomes more like a fleeting, separate moment than a linear, continuous journey. 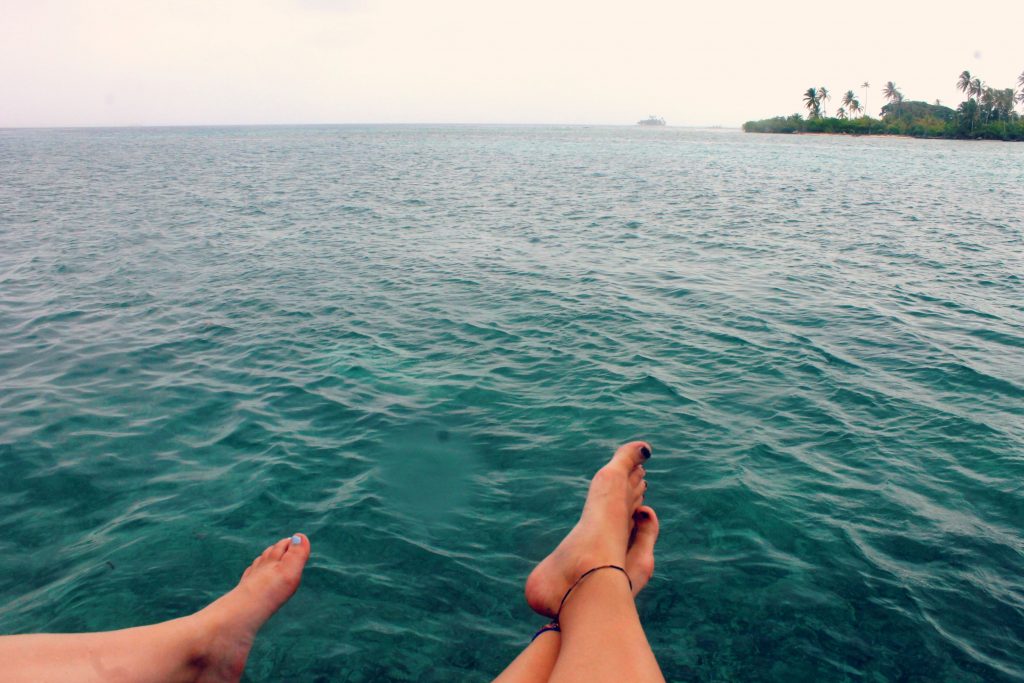 5. Being alone can be really comforting

I thought I’d always want to be surrounded by people and meet lots of people. But really, I like my alone time. I’ve always known this to some extent: I like to spend time alone at home, working on my blog, watching tv, reading a book or simply thinking. Would I like it so much when I didn’t have the comfort of having someone I know only in the other room or a train ride away?

Turns out, yes. I loved moments of going to find something to eat on my own, or especially the little CineCafe I found in Bocas del Toro where you can buy a crepe and sit on beanbags and watch a film. Going to the movies alone is a great way to settle yourself into being alone too, in my opinion.

Of course, there was also my end-of-trip treat in my 5-star hotel, the Waldorf in Panama City. It was amazing to be alone and just wander around at my own pace. 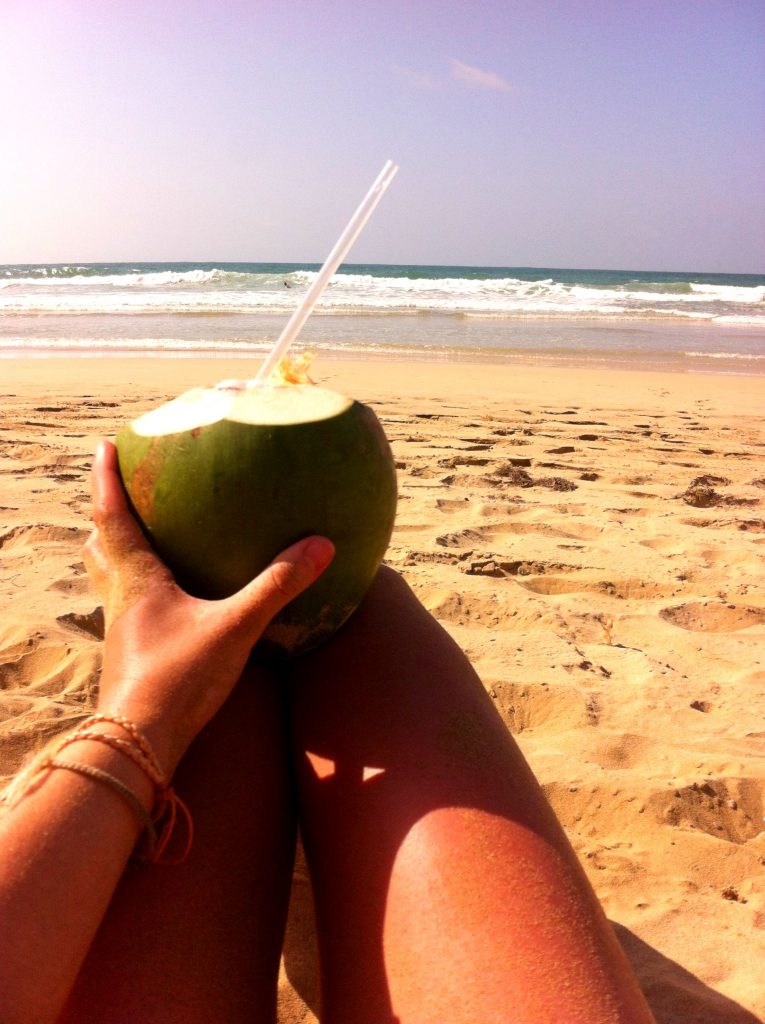 My first day alone in Bocas del Toro – and a success!

6. Being alone can also be disorientating

On the other hand, I felt myself feel lonely while being alone. There were times that all I wanted was to go home while things weren’t working out and I kept thinking what on earth have I got myself into?

They were the times I wanted to be with people; the times I forced my expectations or hopes of my trip onto myself, and the times moving around from place to place got to me. I think I began to learn that that sort of pressure isn’t helpful towards your trip, and you can’t always control if there aren’t people you connect with in a place you wanted to love.

That’s the beauty of travel, really. Whether it’s happy or sad, you can’t control whether you’re going to find what you’re looking for. The times you want to feel good about being alone, you might hate it. The times you want to make deeper friendships, there may not be anyone you bond with. But that’s ok, because that means we get nice surprises, too. 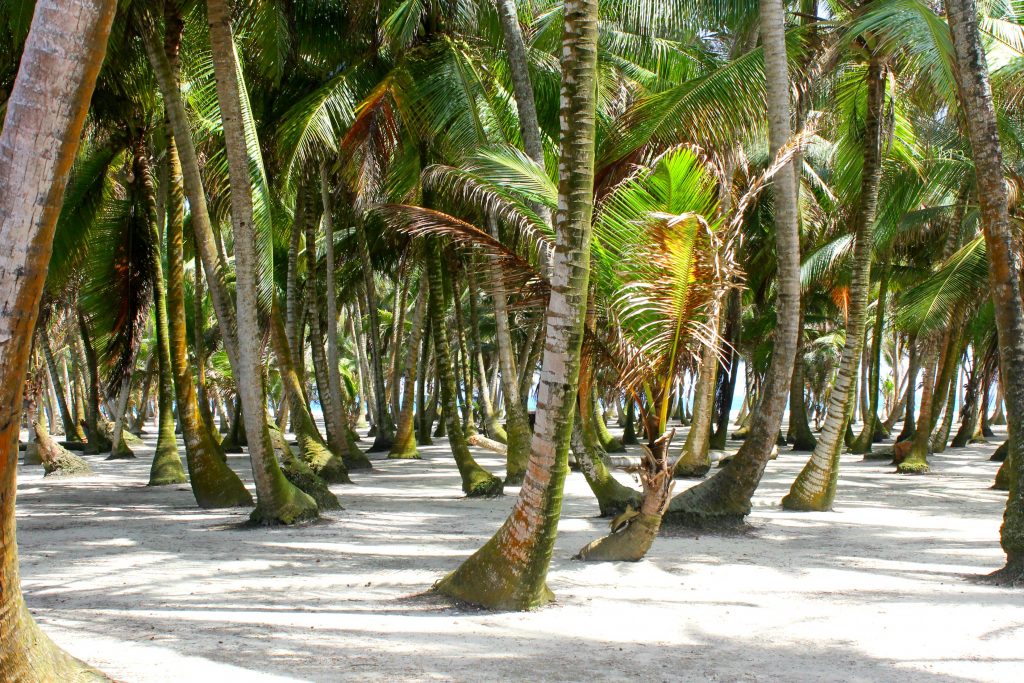 7. Be yourself; you don’t need to impress anyone

One night in Puerto Viejo – where I wasn’t having the best time on my trip – I was mainly alone during the day and then wanted to go to bed early so I could make my morning bus across the border to Panama. During the evening while talking to other people, a guy seemed to think this absolutely ludicrous.

Yes, it was before 10pm but who cares? I’m very sure not everybody was judging me and again, who cares? The only person I need to answer to is myself. Why should I worry if some strangers I had met that day thought I was “uncool” because I wasn’t staying up late getting drunk? 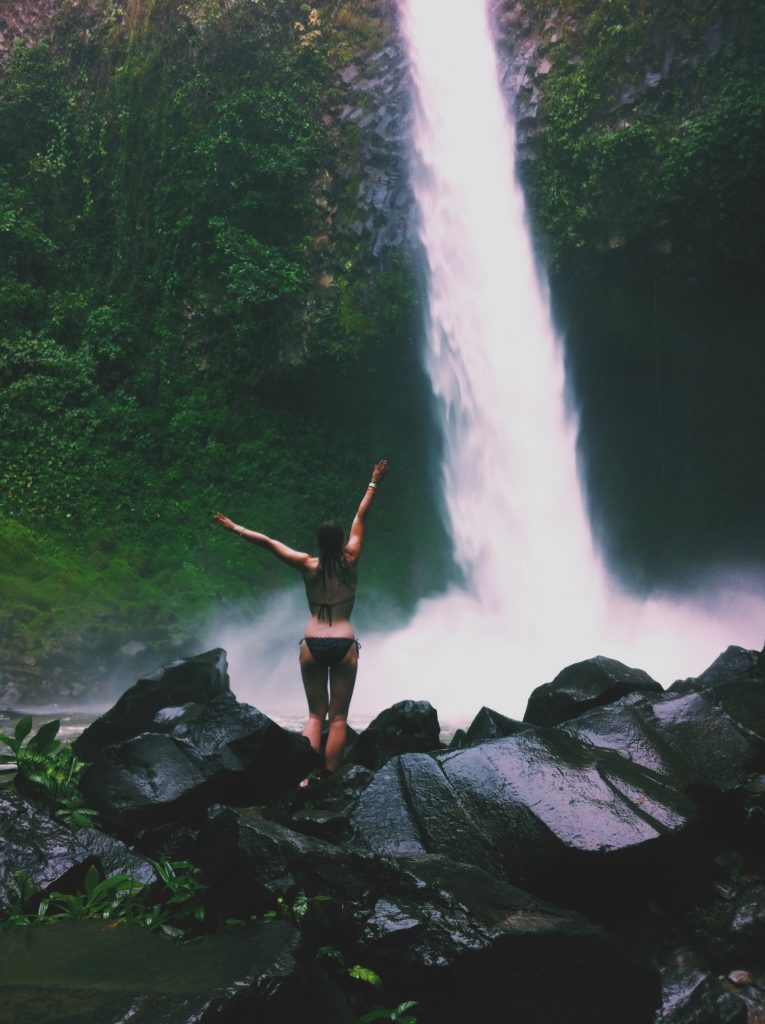 This is when I realised a lot of things. I genuinely didn’t care what this guy thought of me, only what I thought of myself. Yet I know in the past I would have cared a lot in this situation. In hindsight, at university in the earlier years, I would slightly change myself to look what I thought was considered “cool” and would later think “why did I do/say that?”.

There’s really only one person you need to impress, and that’s yourself. If you always try to live up to other people’s expectations, even little ones, you’re just causing yourself worry and grief; plus you’re not honest with yourself or who you really are.

It was a massive weight off my shoulders to have this moment travelling. It made me swear to always travel the way I want and stay myself no matter what. Because honestly, being myself makes me a lot happier than pretending to be something else only to worry whether that act is going down well.