Have you ever been in a place so peaceful and beautiful, you’re mesmerised that it exists? 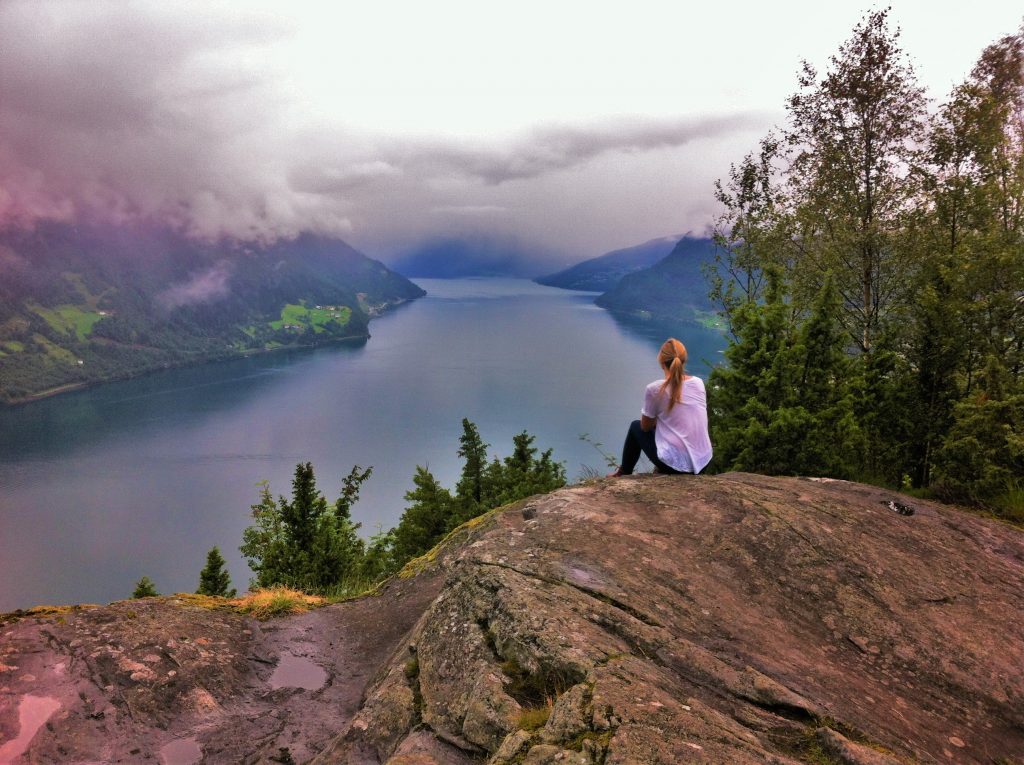 That’s what Olden was for me.

It came in two stages: first, visiting the Briksdal glacier.

It’s super easy to get here from the dock if you’re on a cruise, as there’s a cafe that sells tickets for the shuttle bus (which departs from right outside) which will take you to the beginning of the trails leading up to the glacier.

It takes about 30-45 minutes of fast walking to get all the way up to the glacier, and the way there is a geological gold mine. You’re surrounded by the effects of the glacier, learning as you go about how much the glacier has receded, what it’s done to the rocks – like little potholes.

Norway has shown me how much I love a waterfall, and passing them here at Briksdal allows so many different perspectives of them: underneath, beside, and on top. The power of a waterfall never fails to fascinate me. How they manage to look dangerous yet graceful is unlike anything else I’ve encountered in nature before. The sound of one, if you listen, is so busy and constant on the ear, but on the other hand is a perfect background noise, relaxing and soothing. 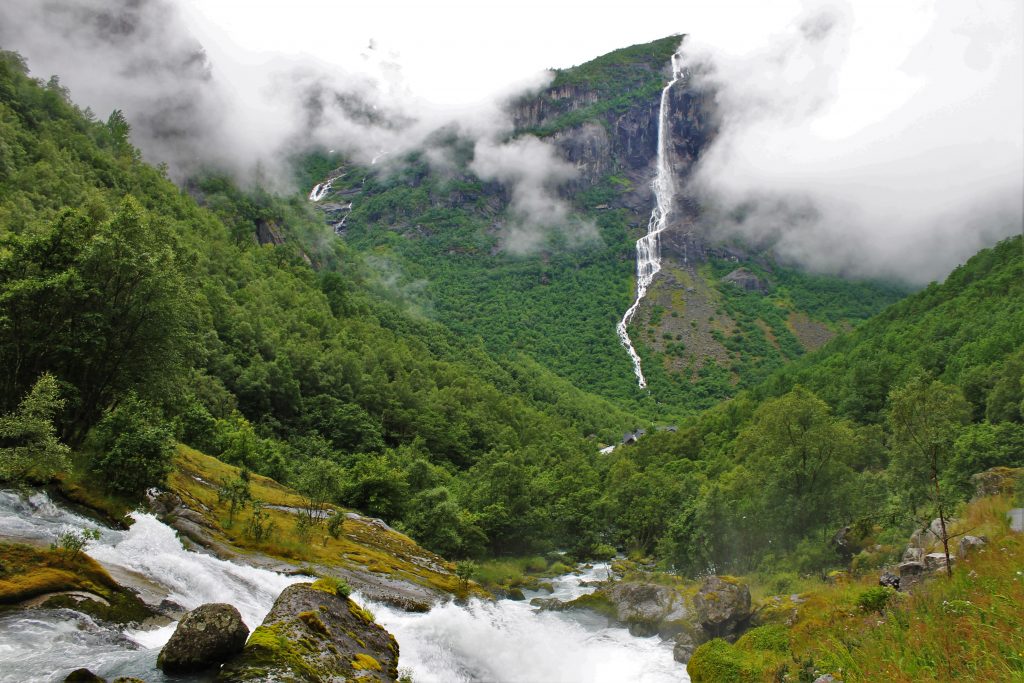 The trail had an ending it was saving for us, though. It was the kind of scene I wanted to experience without even realising I wanted it.

We were finally as close to the glacier as we could get. You could see almost luminous, fresh blue pockets within the dirt-stained white rickety icy sheets, stacked up against each other. 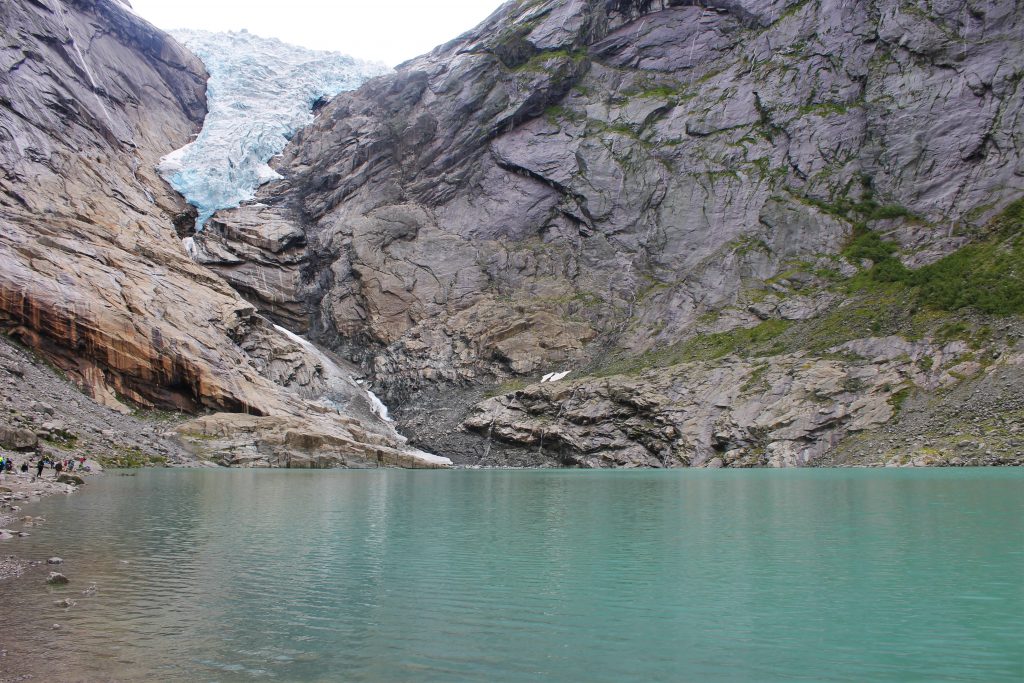 Little fun fact interlude: this glacier is actually made up of extremely compressed snow, not ice at all. Mind blown? Mine was.

The views of the glacier were peeping out at us as we were hiking the whole way up, so what took me most by surprise at this point was the bright blue lake at the base of it. Like it was a photoshopped fairytale, the lake somehow injected everyone there with a playfulness, a shared sense of “woah” at the scene. Children and adults were hopping on the stones poking out from the surface and creeping as close to the glacier as they could cheekily get away with.

I joined in, of course. Any excuse to feel that childlike wonder. 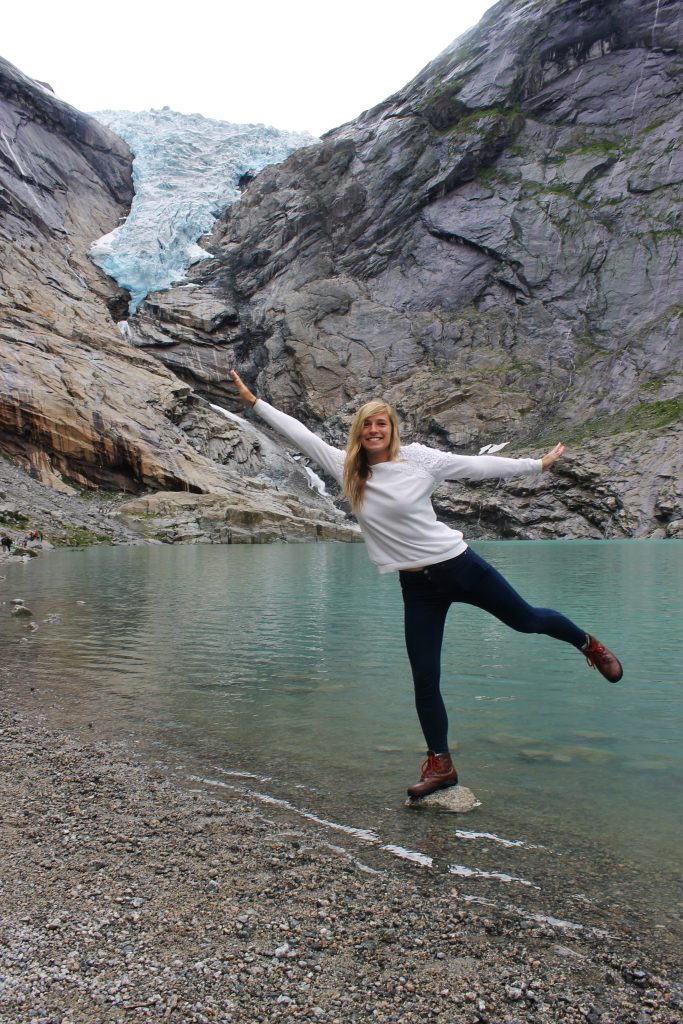 Reeling after that first adventure, we parted ways (originally it was my whole family: parents, brother, sister, sister’s husband) to head off on the second one. All of us except the parents decided yet another hike was on the cards.

I had long been wanting a view overlooking the fjords, which I wasn’t able to have in Stavanger on Pulpit Rock because of our lack of time, plus my mum wanted to do the mini cruise beneath the Rock. This hike up to a little mound on top of a hill would hopefully give us that: it did. 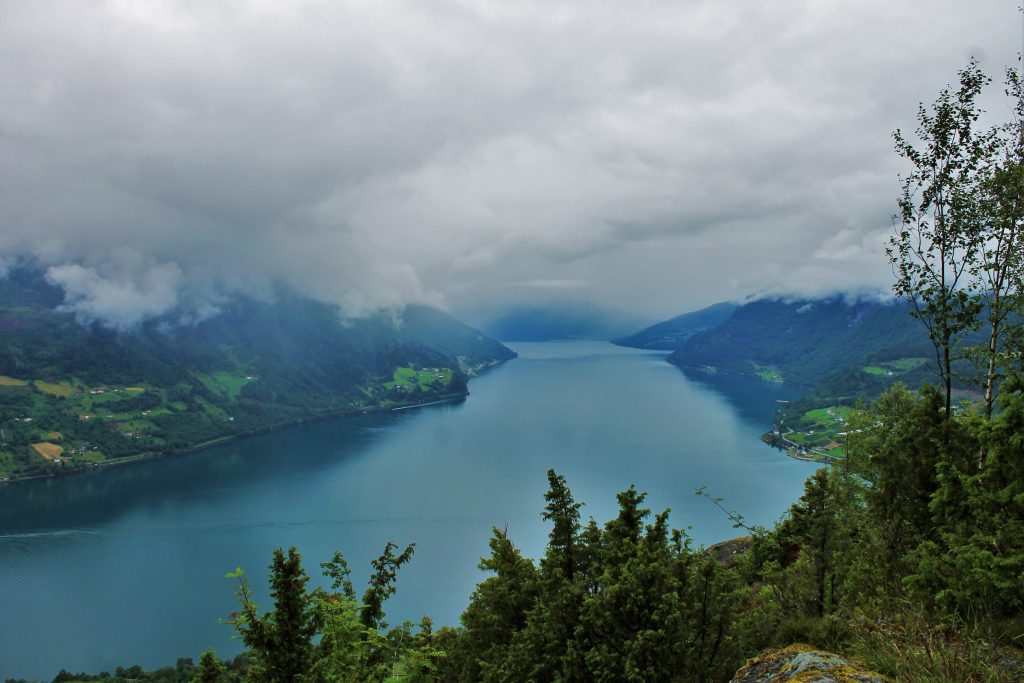 The actual hike itself is easy in terms of the path: there’s a clear winding road until the very last part, but oh my – the effort of walking uphill the entire time was reminiscent of the Cerro Chato hike in Costa Rica (but not as bad at all).

We did meet a curious family of sheep and trundled beside lots of lovely wildflowers, though. 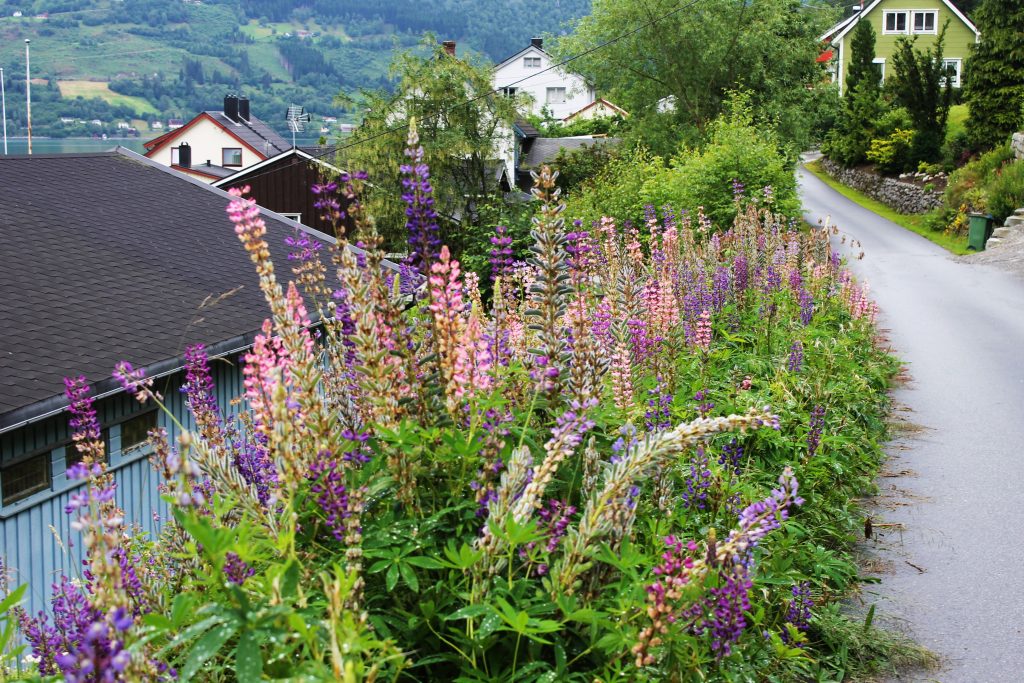 This was one of my favourite days in Norway – everywhere I looked just built up my excitement more and more. Olden was the icing on the Norway holiday. I’ve resolved that I have to come back to this country and do a leisurely road trip.