When we moved to Toronto, we were lucky enough to have a place to stay already: my boyfriend moved officially through his job back in Boston to the office here, so they gave us an apartment for a month while we looked for another.

The apartment was very close to his office, near Bloor-Yonge subway station, northeast-ish of downtown Toronto. My first thoughts were, “where are we?”, worried I would be stuck in a pocket of Toronto that didn’t have anything happening – I wanted to be central because if I’m going to move to a new city, I wanted to be as close to the action as possible. But we soon realised we were only a 5-10 minute walk away from Church-Wellesley.

Church-Wellesley is the predominantly gay part of Toronto, with rainbow-painted crosswalks and flags everywhere. There’s even a large and proud piece of street art, too.

Here we found a number of great bars and restaurants – if you’re ever in the area, try out Bar Volo, with a huge list of beers (I stuck to cherry cider – I still hadn’t quite recovered from nothing but beer during Osheaga Festival in Montreal at the beginning of the month), dim lighting with exposed brick and a cute outdoor patio. For brunch, there’s Smith, where I had an amazing brisket and poached egg dish, all while getting to look at some very Instagram-worthy decor.

A short blog post on this area seems fitting as we only had about 3 weeks to explore from close quarters. I’m sure we’ll come back during our time living in Toronto, but for now, here are some pictures so you get an idea of what Church-Wellesley is like. 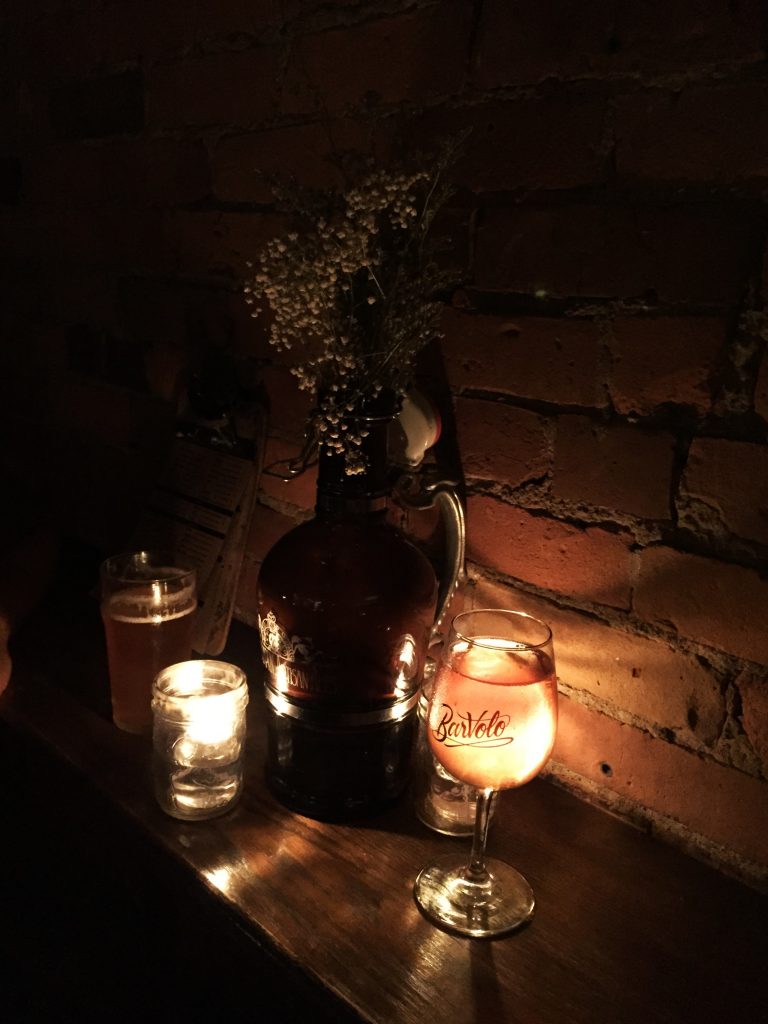 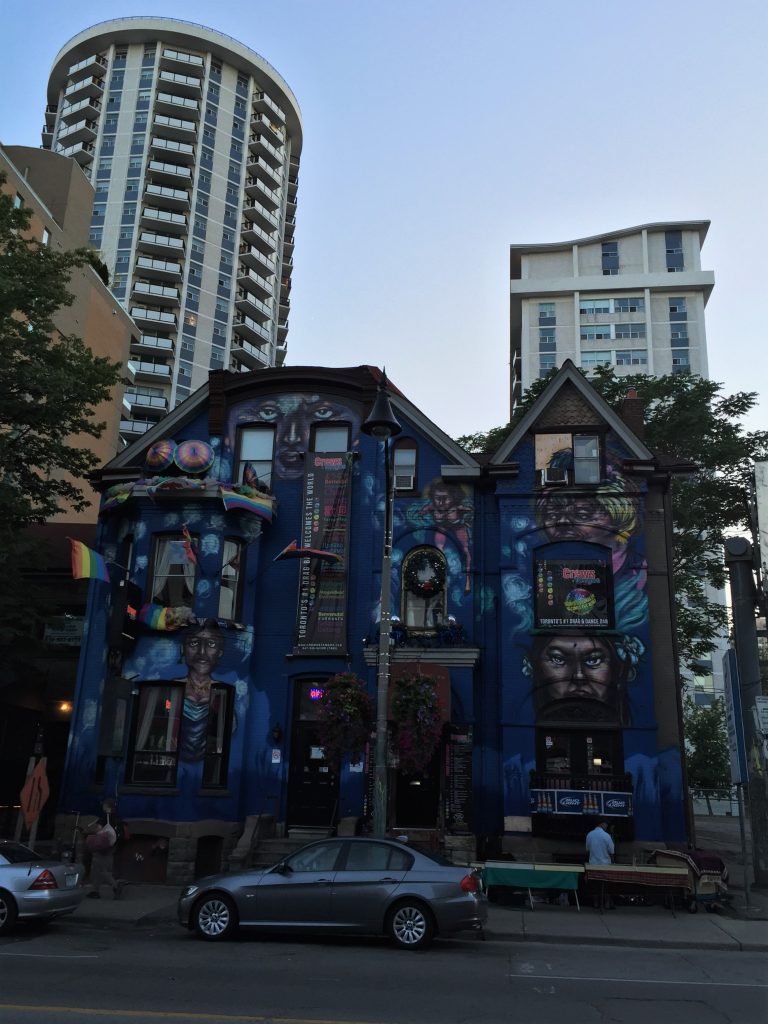 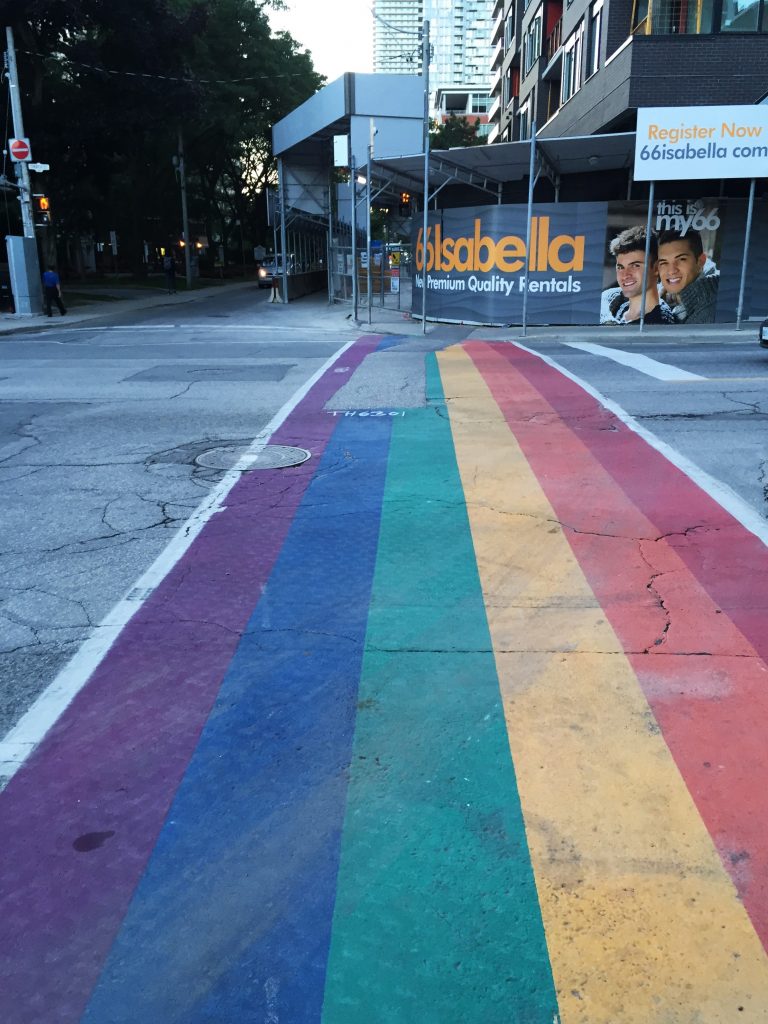 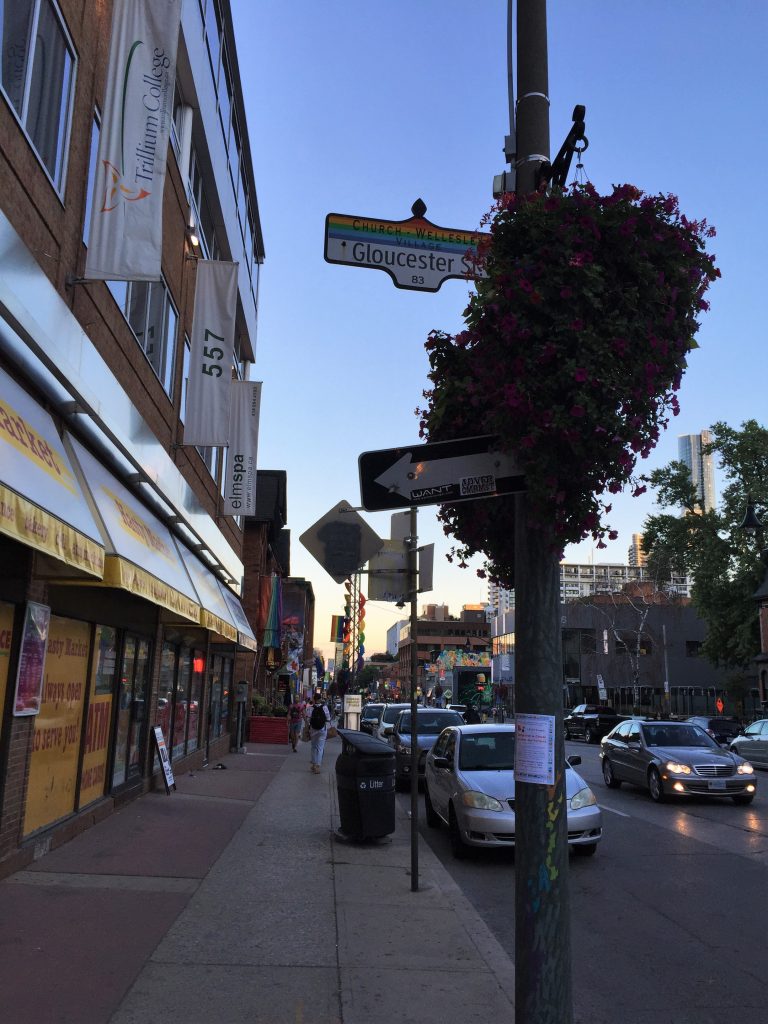 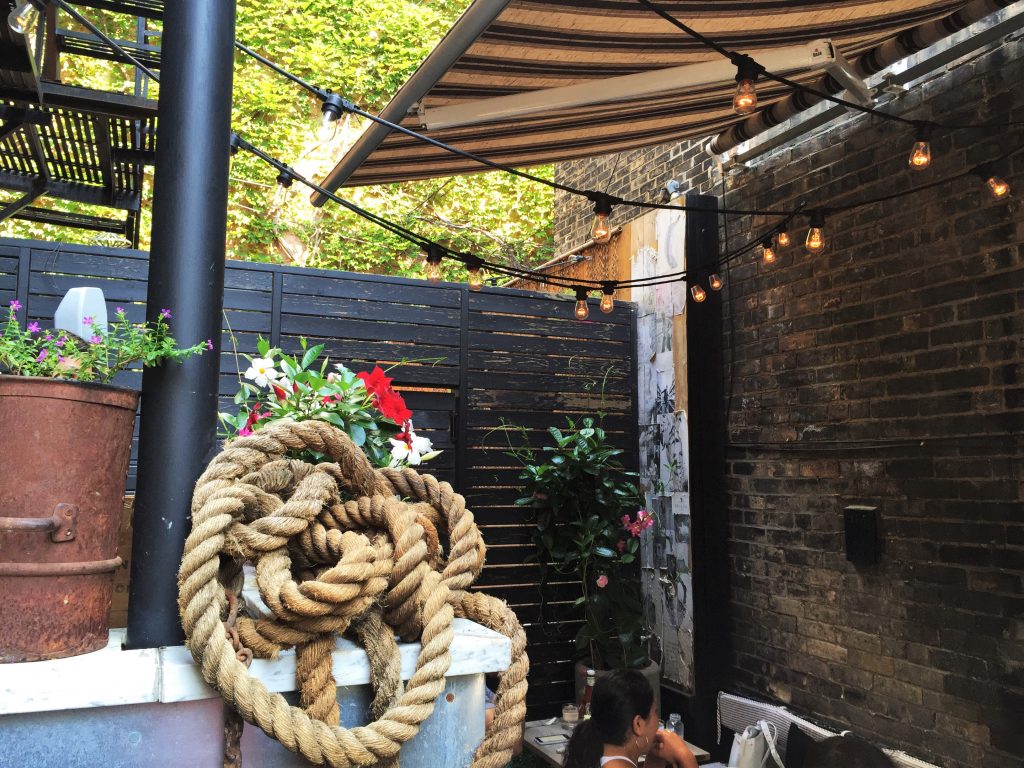