Christmas in 2014 and 2013 were spent in my home city of London with my little immediate family of 5… plus my boyfriend, who flew in each time from his home in Boston. 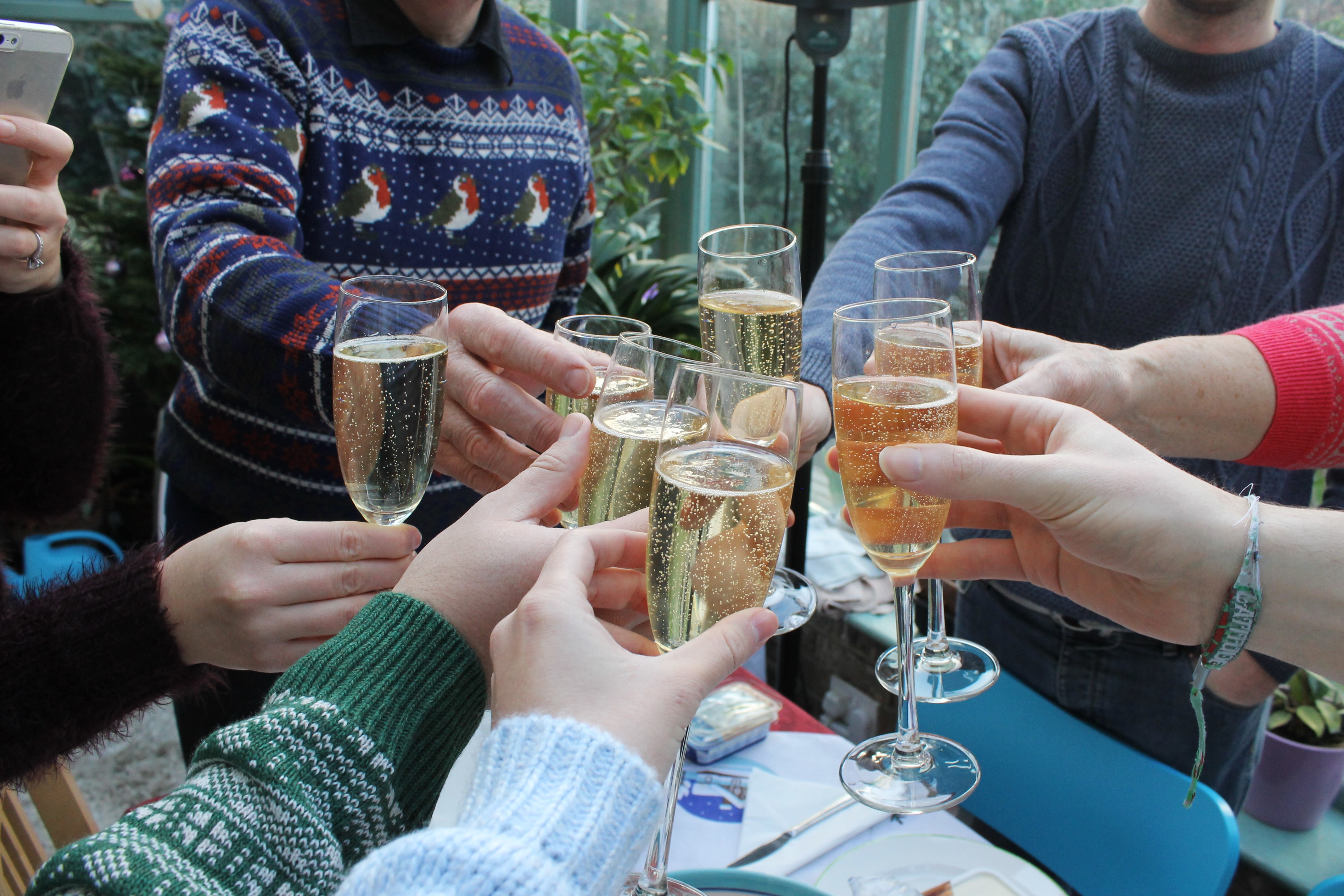 Christmas at home with the family

This turned out to be California rather than Massachusetts, because his brother had recently moved there and couldn’t take any time off work to head home for Christmas – so we (myself and my boyfriend) and their parents flocked south for festivities. And so began my first Christmas away from home. 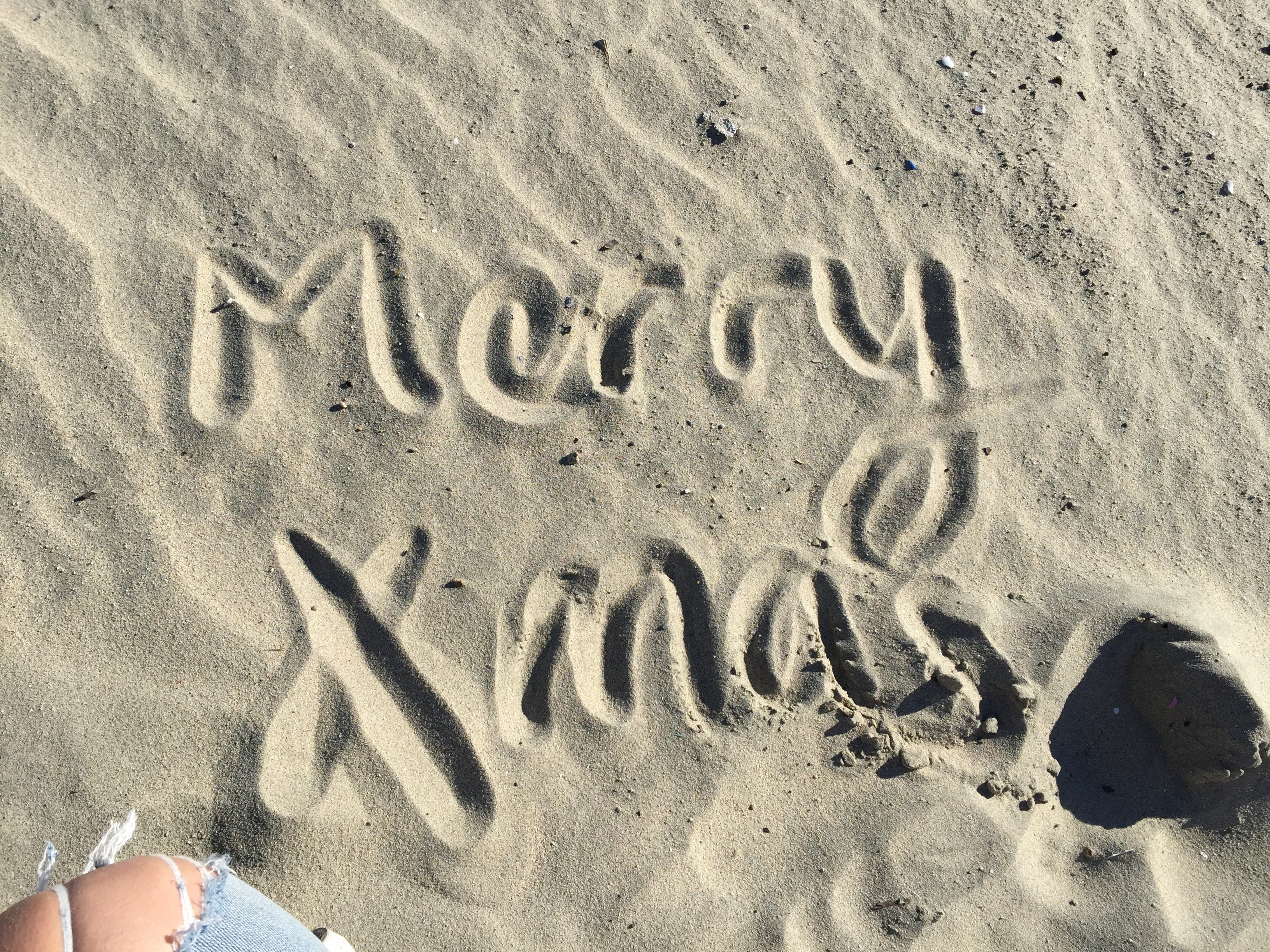 Writing festive messages in sand was a first

Something you should know about me and Christmas is that I love it. I love the festive feeling, Christmas music, stupid jumpers, family time, the lights and the food. Oh, the food. (To be clear though, I love Christmas in a tasteful way and I’m not obsessive; for example I loathe huge house decorations and I’m conditioned to be wary of overtly happy people.)

Naturally, I knew my first Christmas away from home would be difficult. And although my boyfriend’s family were lovely, although this sounds so cliche, it really isn’t the same.

It wasn’t just about the physicality of not being at home, not having my family around me and not playing out the usual traditions. Those things grouped together to make me feel lost: it was as though I was separated from the rest of the world and almost like the yearly calendar didn’t apply to me. 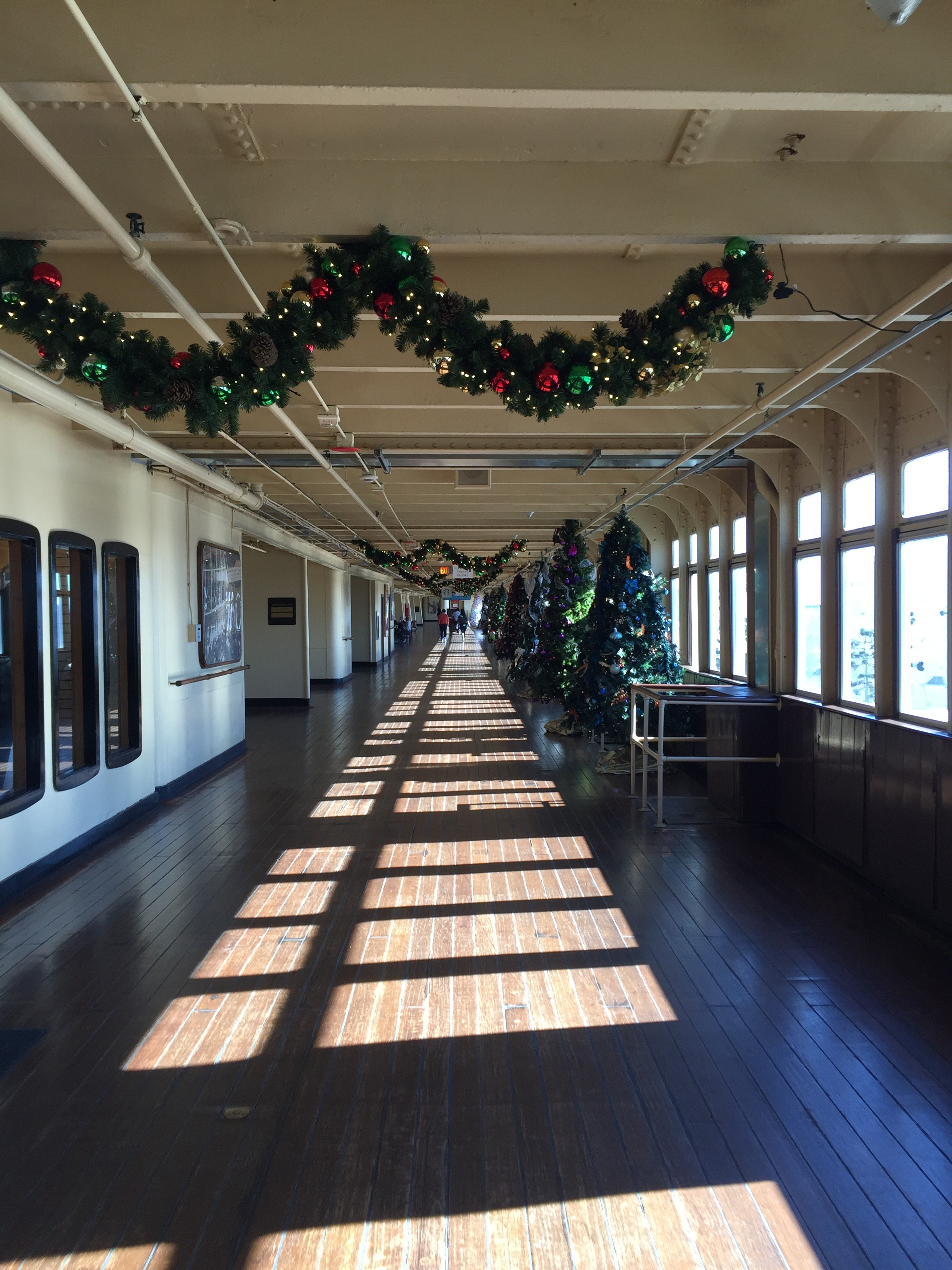 Christmas on board the Queen Mary in Long Beach

On Christmas Day we went to the cinema. On Christmas Eve we got a bit drunk. For Christmas dinner we went for a meal on a permanently docked cruise ship. This all is not stuff I usually do over Christmas (getting drunk is usually saved for other times: Christmas Eve for me is for opening presents due to my Czech mum, and for then I’m just drunk on pure childish joy).

Alternatively, on Christmas Eve I opened a few gifts. On Christmas Day I had Champagne in the morning. These are things I usually do, but I felt like I floated through it all in some weird alternate universe. As if once it was over I’d be back in my childhood London home watching the cats climb over the presents and attempting to talk over my chatty, chaotic family. 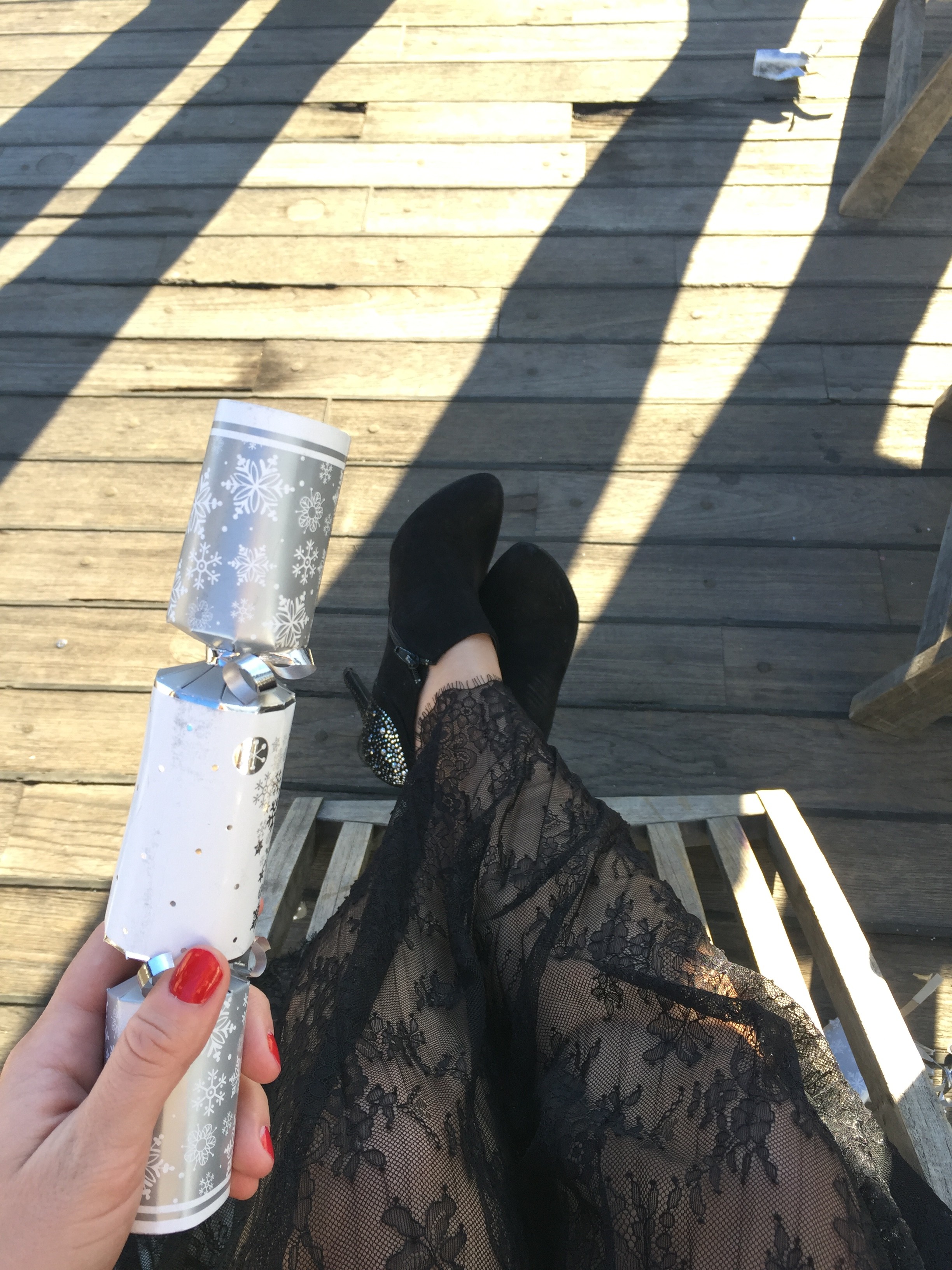 Bringing the cracker tradition to the US

My sister summed it up well when she spoke to my dad: you can’t really compare a Christmas away to Christmas at home (she once spent a Christmas in Sydney when she lived there for a year). She’s spot on: the question “how was it?” can’t really be given a proper answer because “it” comes down to completely different things.

So, I had a lovely Christmas but I didn’t have Christmas. Someday I know I’ll have to recreate my definition of Christmas, but for now, for 2016’s festive period, there’s nowhere I’d rather be than London (you have no idea how much I had to resist saying “there’s no place like home”).