It’s my one year anniversary in Canada!

It’s been exactly one year since I got on a flight – with a horrendous layover in New York where I sweated like a pig having to pick up my two suitcases and drag them inch by inch to the next gate – from my home in London, England.

Exactly one year since I’ve been living with my boyfriend here in Toronto after having met in Australia over four years ago and gone through long distance for over two.

One year since I’ve been living away from my family; in my own space, finally, but without being able to see them when I please. 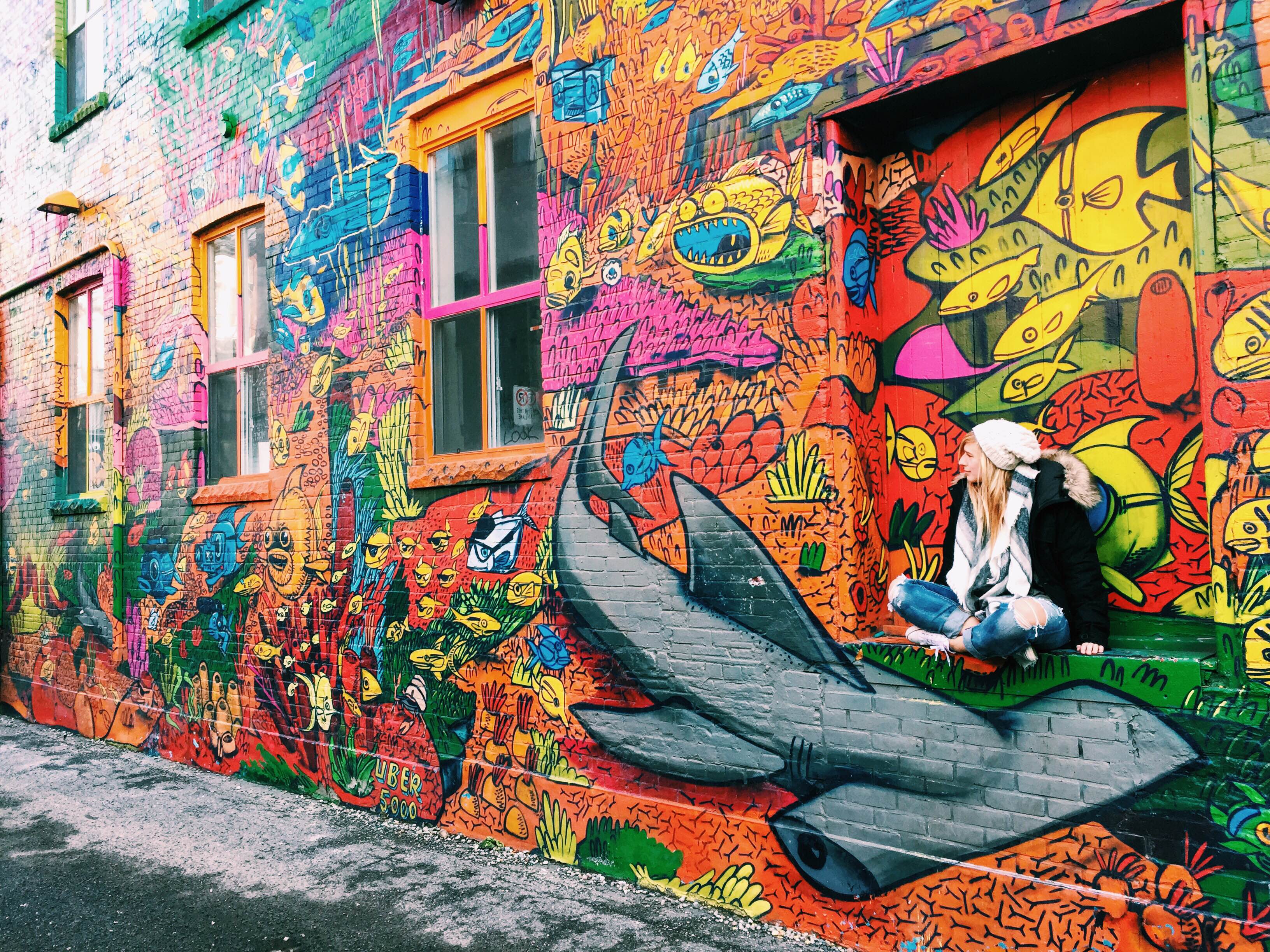 I have mixed feelings about all of this. Some good, some bad, some just indifferent.

So how has it been, living in Canada, living in Toronto this past year? I’ll do a similar format to how I did my 6 months in Canada post, laying out different categories. 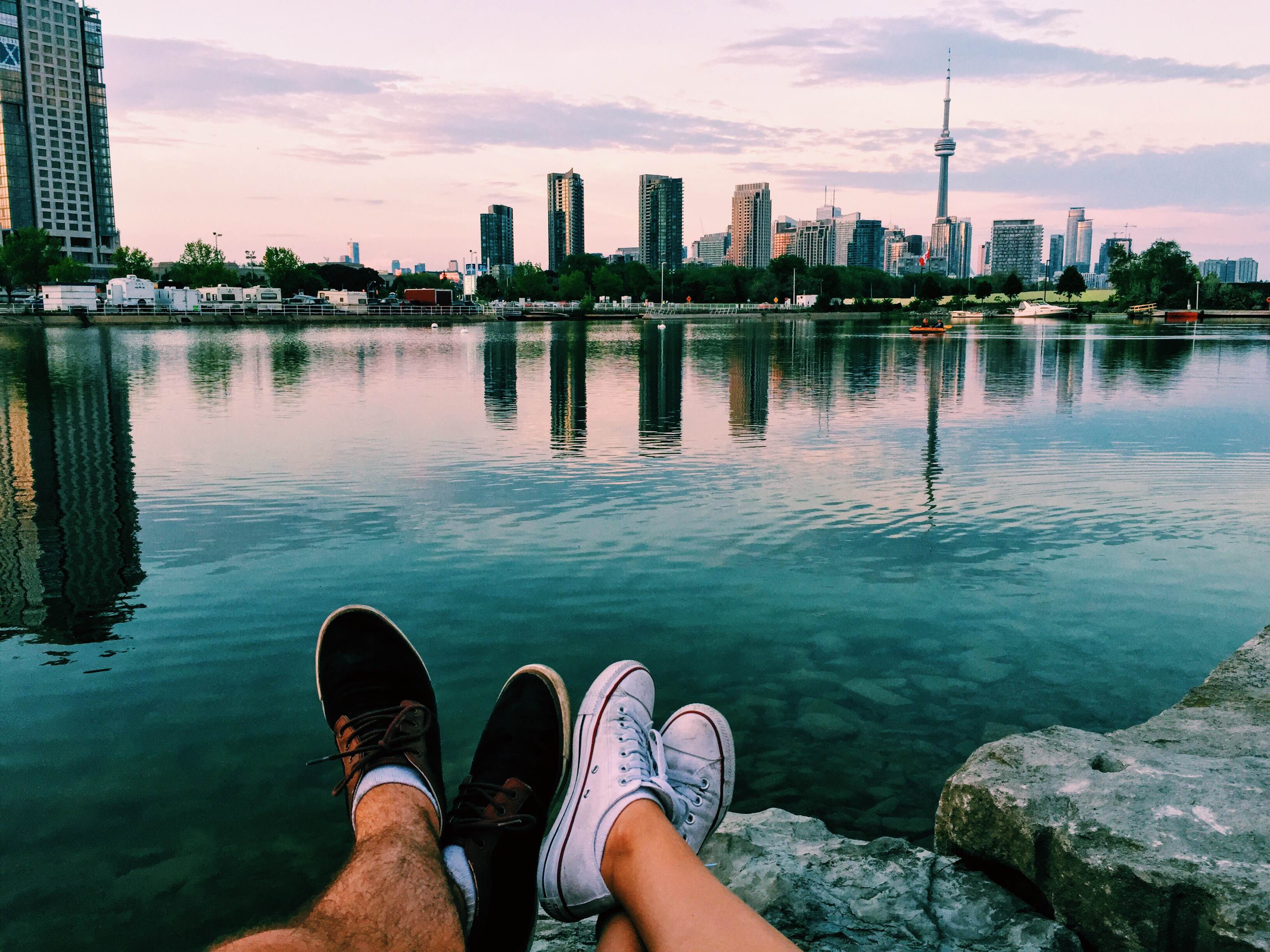 Honestly, my opinion of Toronto hasn’t really changed since my 6 months post. I like certain parts and aspects (I will forever love the street art/Graffiti Alley, the Distillery District and Toronto Islands), there’s a lot to do, I love the pride people have for Toronto… but I just don’t personally connect with it all that much. I wouldn’t even call it love/hate. It’s closer to indifference with a mix of positive and negative.

It’s not that there’s anything actually wrong with Toronto. What it boils down to for me is this: it’s a big city and although I like cities, it’s pretty much just like any other. Maybe I’ve been too spoilt by London and Melbourne, maybe I’m comparing Toronto too much to them and maybe that’s wrong to do between some cities. But, with like most things, you can’t help how you feel; some cities you just don’t have that special relationship with.

In the future I’ll make sure I write a blog post on the specifics of why I don’t connect with Toronto. 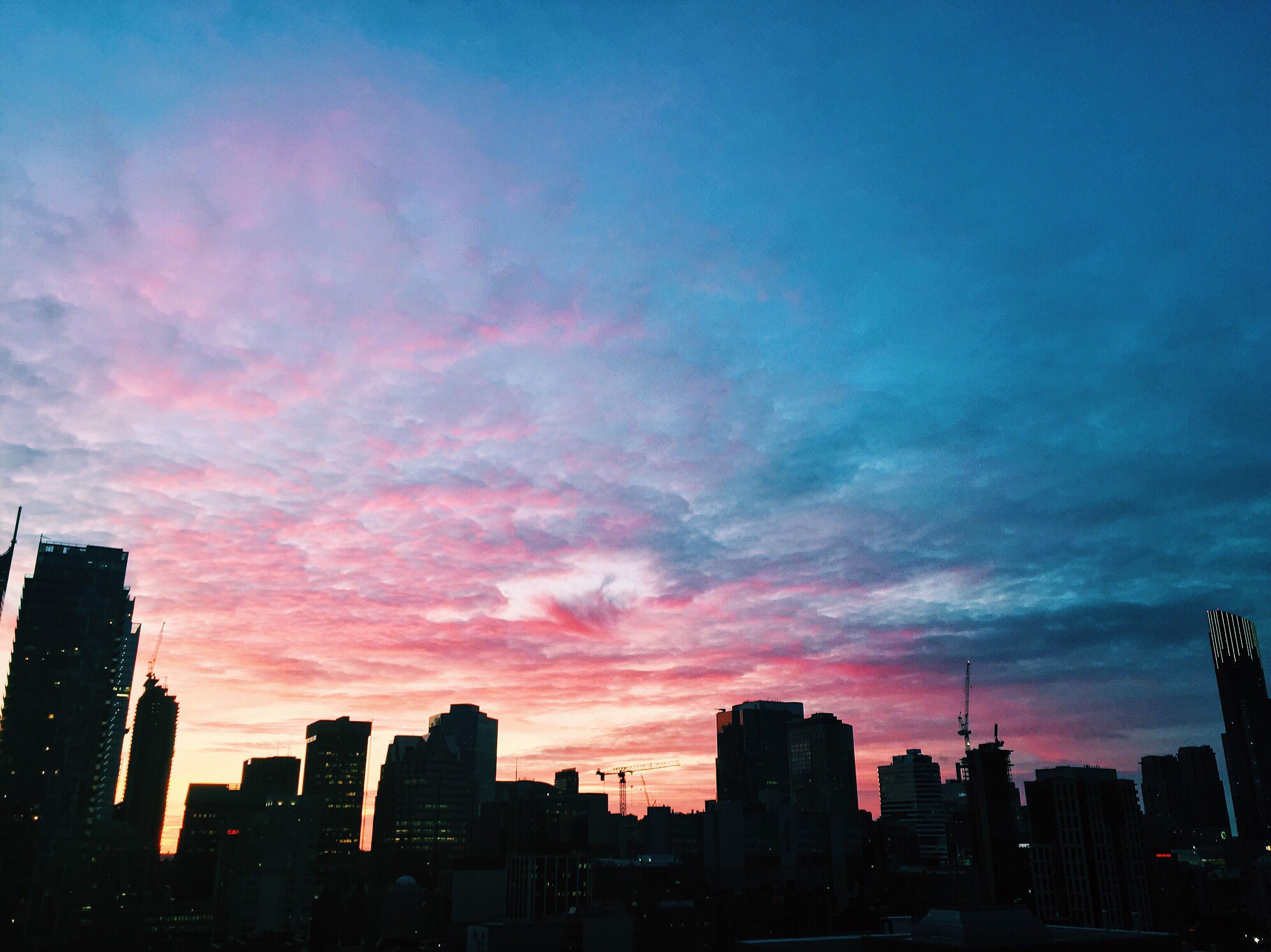 The view from our balcony

Whereas Toronto itself doesn’t feel like home, my apartment certainly does. It’s small – being very downtown, it’s bound to be – but it feels like our space (“our” meaning me, my boyfriend and our beautiful cats). I love being in it and taking care of it: my gallery wall which is still a work in progress, arranging books and decor on the bookshelf, cooking in the lovely kitchen and making wonderful summer use of our balcony. Hell, I even love tidying it (well, the feeling after I’ve tidied it is probably more accurate).

I know when I come back to London I probably won’t find something so modern and I’m already thinking how in less than a year’s time I’ll have to start thinking about selling things like our sofa and coffee table (two of my favourite things in this place, wah). So for now I will enjoy our apartment and its gorgeous view while I still call it home! 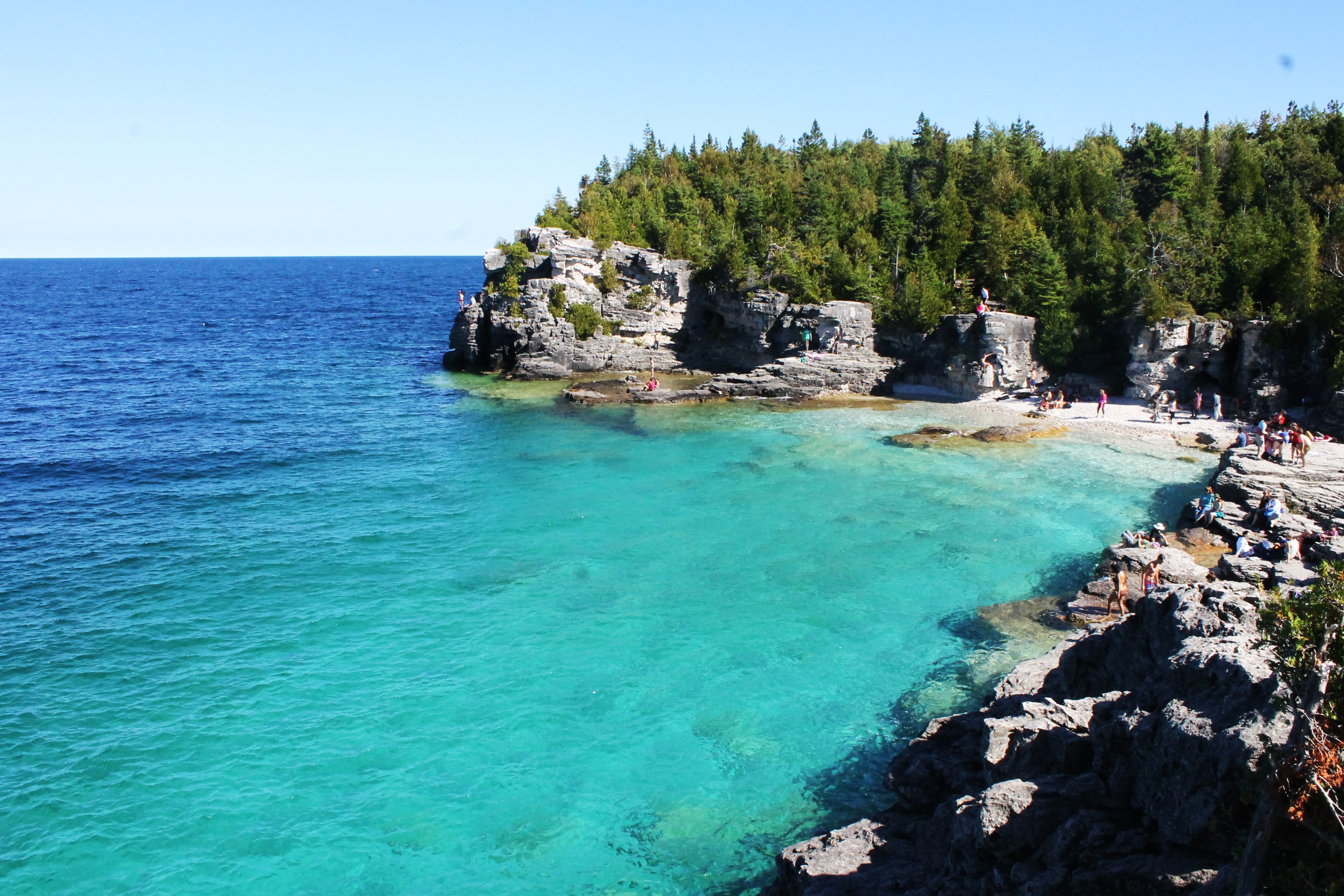 No matter my feelings about Toronto, I do still love Canada. It’s been a bit of an adjustment, but on a really small scale compared to what other people go through, especially when you consider that some of my grievances have involved banks, debit cards and milk. First world problems indeed.

I love Canadians, their quirks and odd traditions or habits, like maple syrup and snow as a lollypop/popsicle in the winter, the fact that it’s the norm to own a pair of ice skates, the ability to actually go and do some axe-throwing in your free time. I’ve also taken on an intense obsession with Lay’s ketchup crisps, so much so that I’m genuinely concerned how I’ll cope without them when I return to England (we did use to have them under Walkers but they were discontinued).

On top of these little things, I’m also happy that I’m living in a country which has a likeable, nice and real leader – Trudeau is a little glimmer of hope among all the crap that’s going on in my own country, and in America.

There are still so many places in Canada I would love to see, which I think would make me even more in awe of the country. 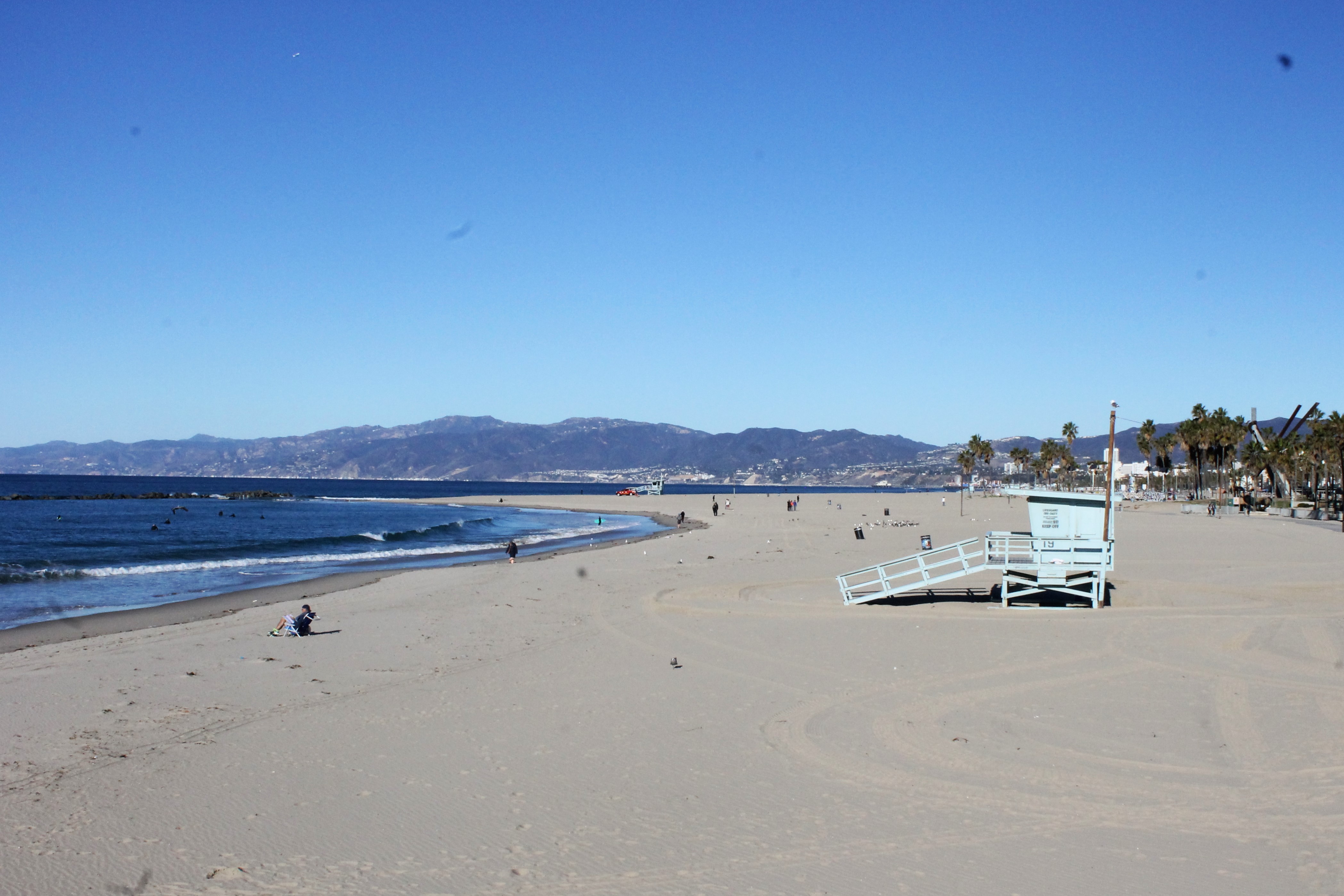 I’m probably always going to be someone who wants to travel more than they are, and although leaving my job has meant travel has dropped in the list of priorities for now, I’m reasonably happy with the travels we’ve done so far.

Over the last year, I’ve experienced two Canadian music festivals, Osheaga in Montreal and WayHome not far from Toronto, traipsed around New York City, discovered Ontario’s beautiful Bruce Peninsula, stuffed myself at Thanksgiving in Massachusetts, spent Christmas 2015 in California and New Year’s skiing in Vermont, got a thrill from dog sledding, saw tulips in Ottawa, swam ourselves silly in the Cayman Islands, celebrated the birth of my nephew with a visit back to London, went back to Niagara Falls and popped to Niagara-on-the-Lake. On top of all of this, we’ve done a fair amount of Ontario and Toronto day trips and tomorrow we’re heading to the Finger Lakes in New York.

I may have been down recently about not really having a bigger trip since the Cayman Islands in March, but honestly, looking at the big picture there, I should be very grateful. Especially seeing as right before I moved to Canada, I spent a month backpacking through Costa Rica and Panama then spent a week in Norway with my family.

My second year in Canada already has the Bahamas scheduled over my birthday in November, Christmas back in the UK and we’re hopefully finally going to see the Canadian Rockies with my sister, brother-in-law and nephew in June next year. The rest of Year Two in Canada is up in the air, but I hope it involves Boston for Thanksgiving and some road trips.

Generally, it’s been a fun year in Canada, with some pretty high highs and some pretty low lows. If I’m being honest, if it wasn’t for the fact that the Canadian visa is for two years (rather than one year and then renew for a second year), I would probably be quite happy to go back to England now – after a bit more Canadian and US travel, that is. For various reasons which I won’t go into right now, I’ve committed to two years and quite determined to see it through. Living with my boyfriend has been awesome and the steady constant throughout the past year, despite what else Canadian life has thrown. I may not have been won over by Toronto, but I still find Canada fascinating and beautiful, and still maintain that I’ll go into everything I do in this country with an open mind.

Happy one year in Canada to me!