It’s become a thing to berate 2016 and dismiss it as a shit year – all the talented celebrity deaths and global politics has taken its toll. And honestly, 2016 hasn’t been too wonderful to me personally, either. But there are always good times that come along with bad, and I’ve been very happy with and grateful for the places I’ve been able to travel to this year. Here’s a 2016 travel recap… 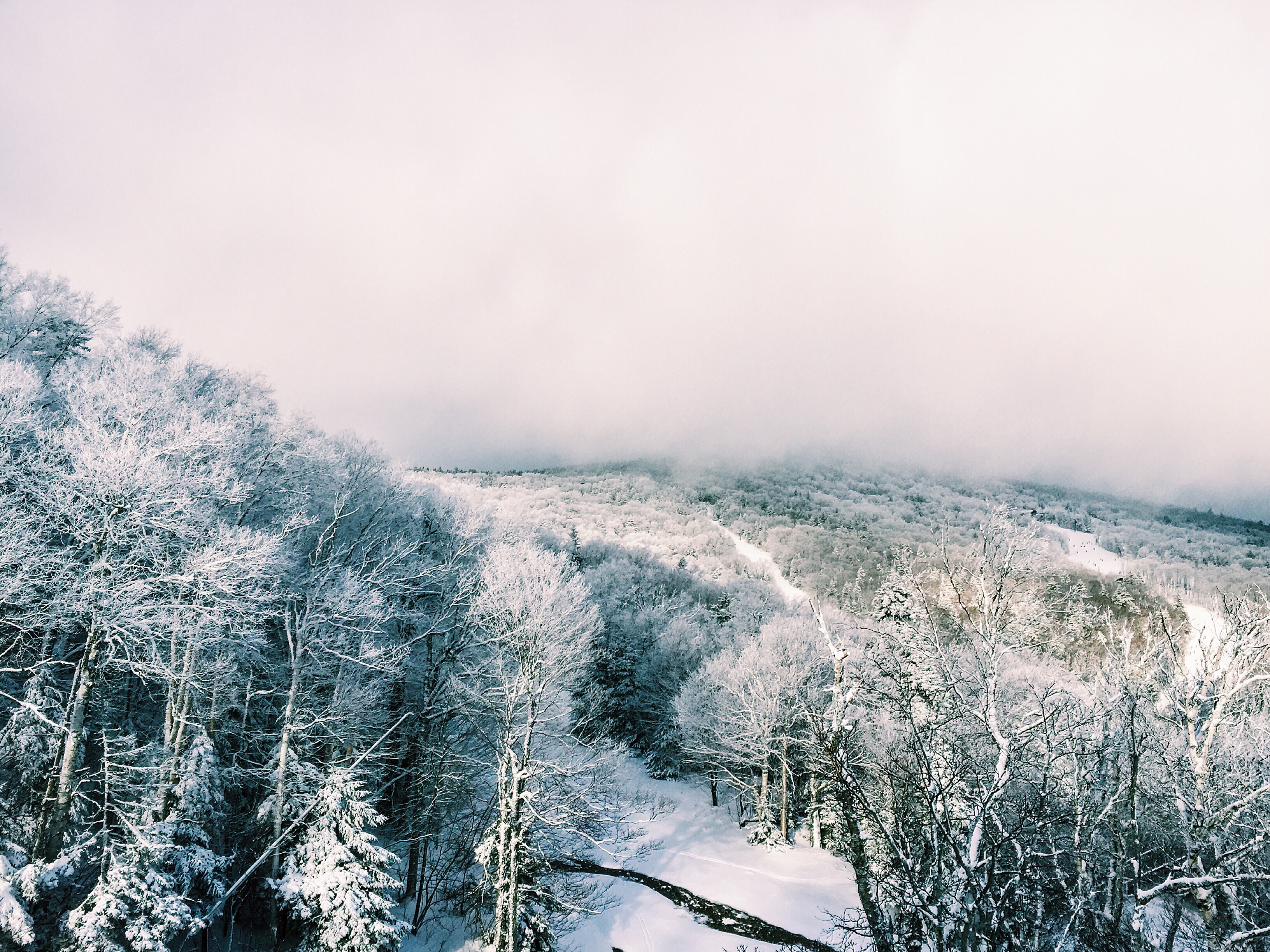 I began the year skiing in Vermont with my boyfriend and his friends. I feel incredibly at home on the slopes so this was a great way to start 2016.

First Christmas Away from Home: How Was It? 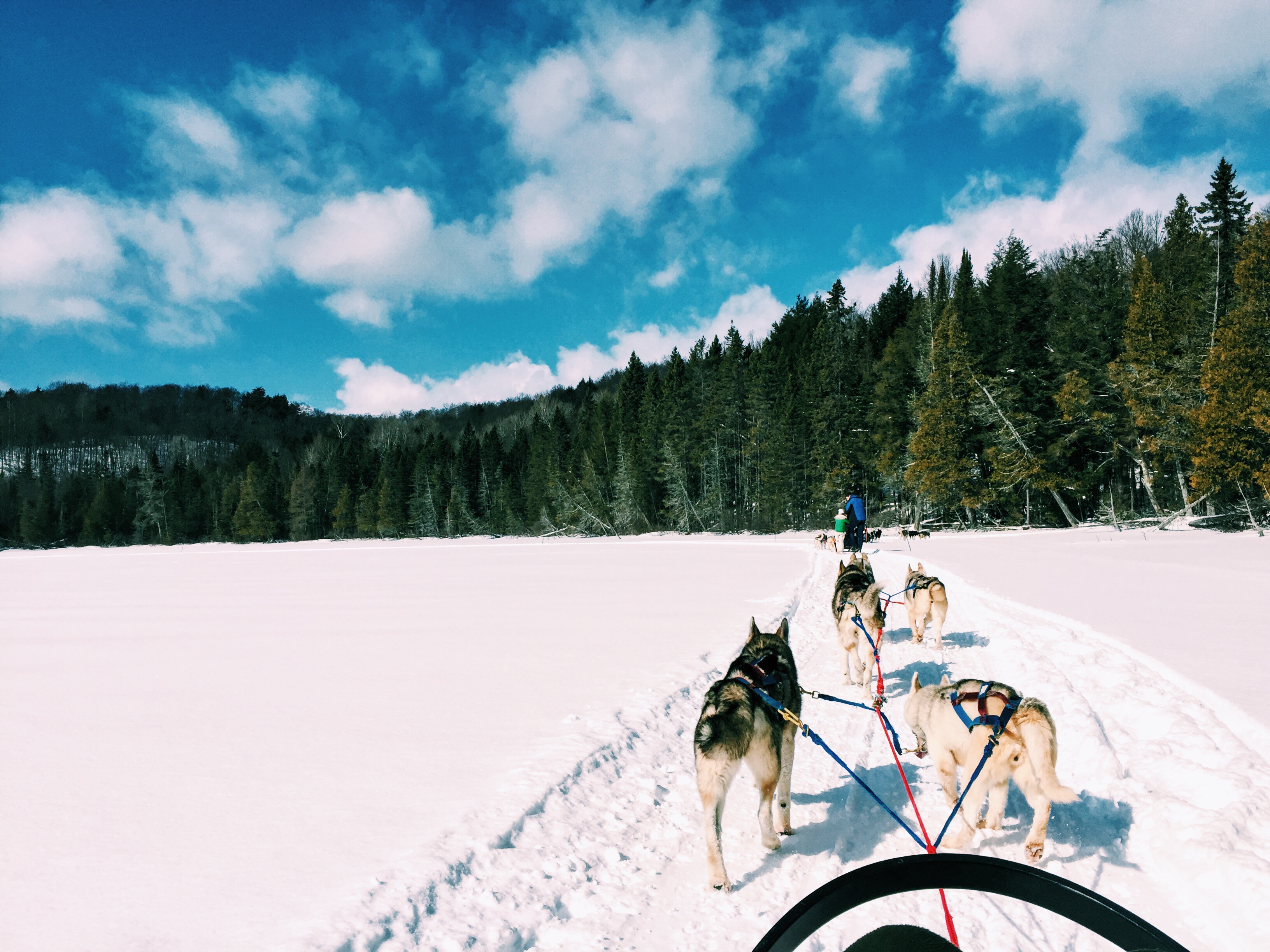 This isn’t exactly a travel thing as it was only about 3 hours from Toronto, but dog sledding in Haliburton this year was a major highlight. The dogs were so energetic and the adrenaline rush was enough to make me do this again in a heartbeat (if only I excreted money!).

I went from dog sledding in snowy Canada one day to sunny beaches on Grand Cayman the next. This is the first Caribbean island I visited, something I wanted to do since moving to Toronto and therefore opening up more opportunities to travel in this part of the world. The Cayman Islands were a great introduction and actually pretty built up and ‘westernised’ so to speak – thanks to the offshore banking there. Most of all, I loved the relaxed vibes and tours we did, including trying scuba diving for the first time!

What to do in the Cayman Islands 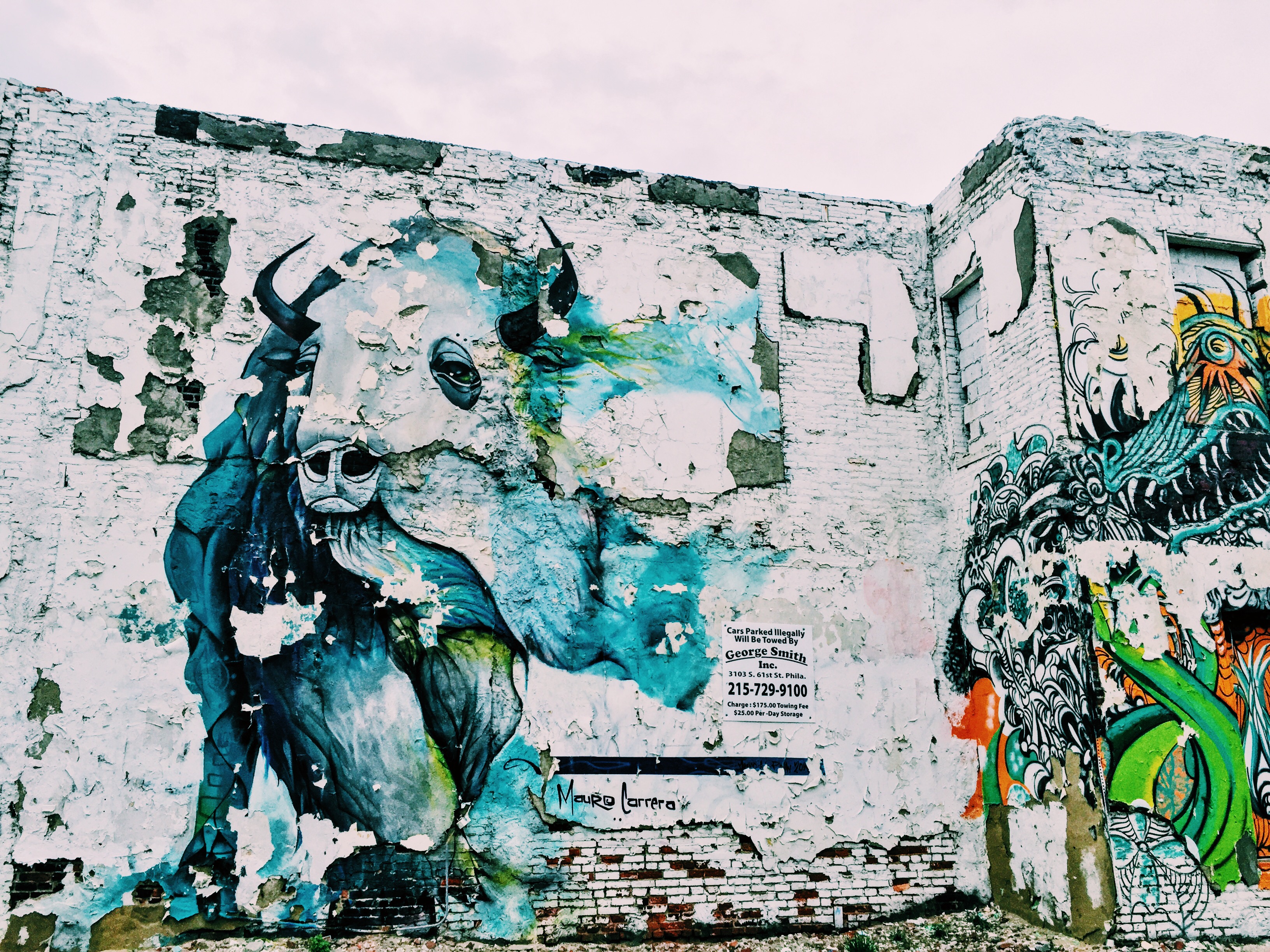 A wedding of my boyfriend’s childhood friend brought us to Philadelphia, where we spent some time being tourists exploring the city alongside attending a very entertaining wedding at Villanova University. 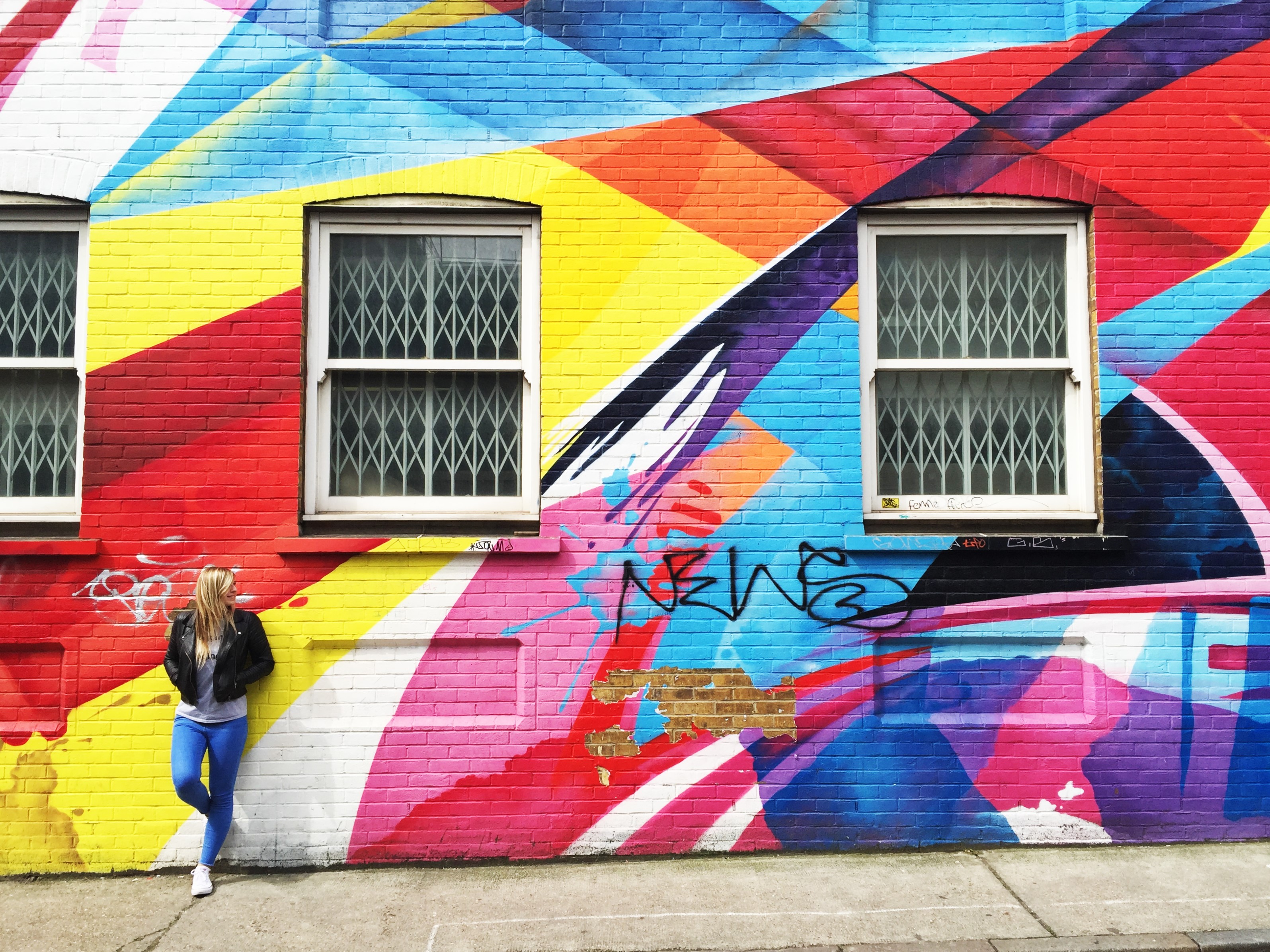 After 8 months of living in Canada, I made my first trip back home to visit friends and family – especially the new addition, Finn, my sister’s first baby, making me an aunt! I had day trips to Shoreditch, Columbia Road Flower Market, East Dulwich and fun nights out with some of my best friends.

In Pictures: My Visit Back to London

What I Learned Visiting Home After 8 Months Away

Friends are always a great excuse for travel, so when my Ottawa-raised friend Liddy offered a fun weekend trip and a free place to stay, I could hardly say no! Ourselves and our boyfriends made the 4/5 hour road trip from Toronto and explored the city during the annual Tulip Festival. It was pretty grey and rainy throughout our time there but the colourful array of tulips brightened the city up. 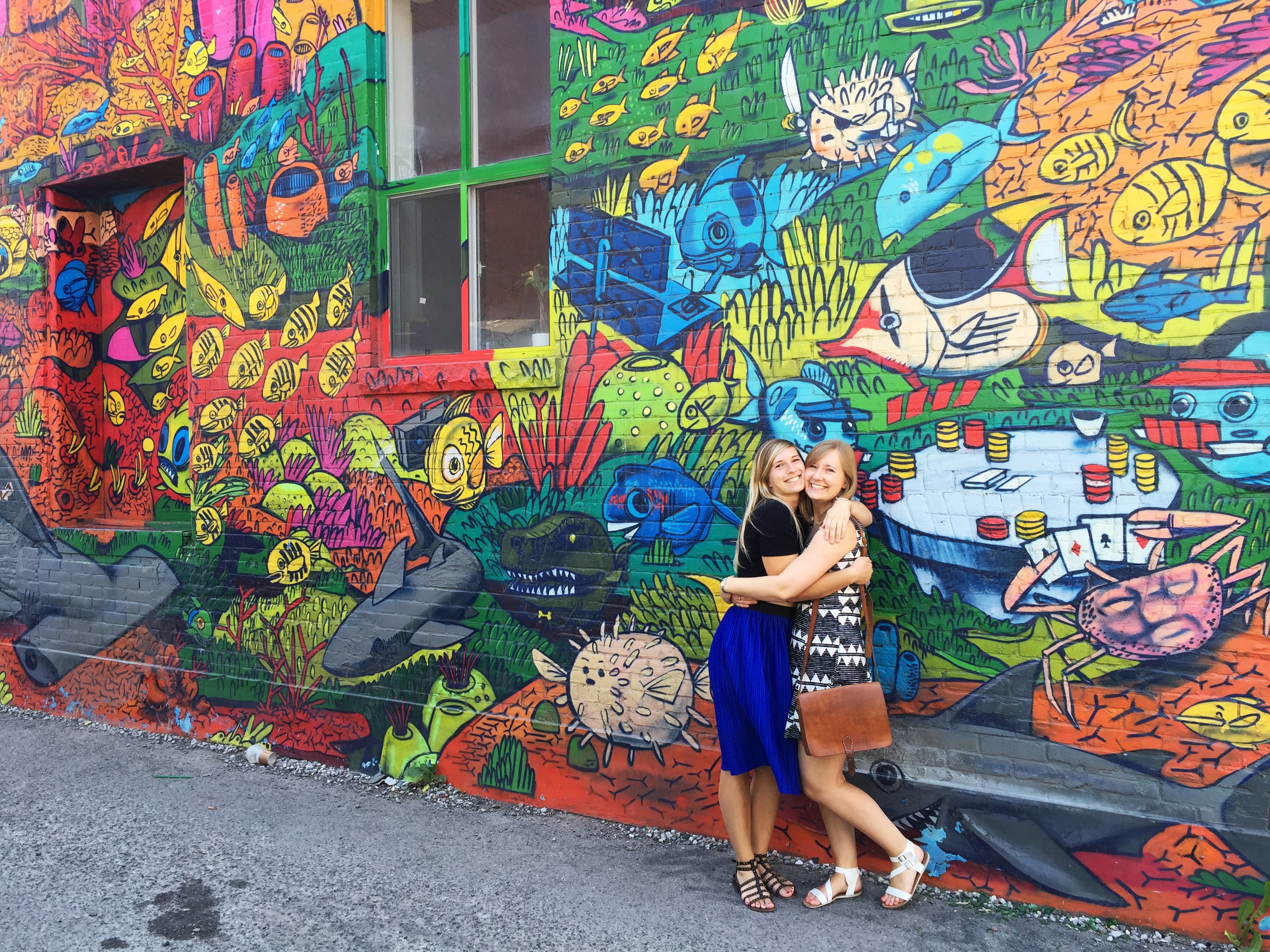 I didn’t actually do any travel myself in June, but I thought the month was well worth a mention seeing as one of my best friends, Sarah, came to visit. I had a blast showing her and her boyfriend around Toronto and even taking a day trip to Niagara Falls. They also went to Bruce Peninsula National Park after my boyfriend and I spoke so highly of it when we visited last year. 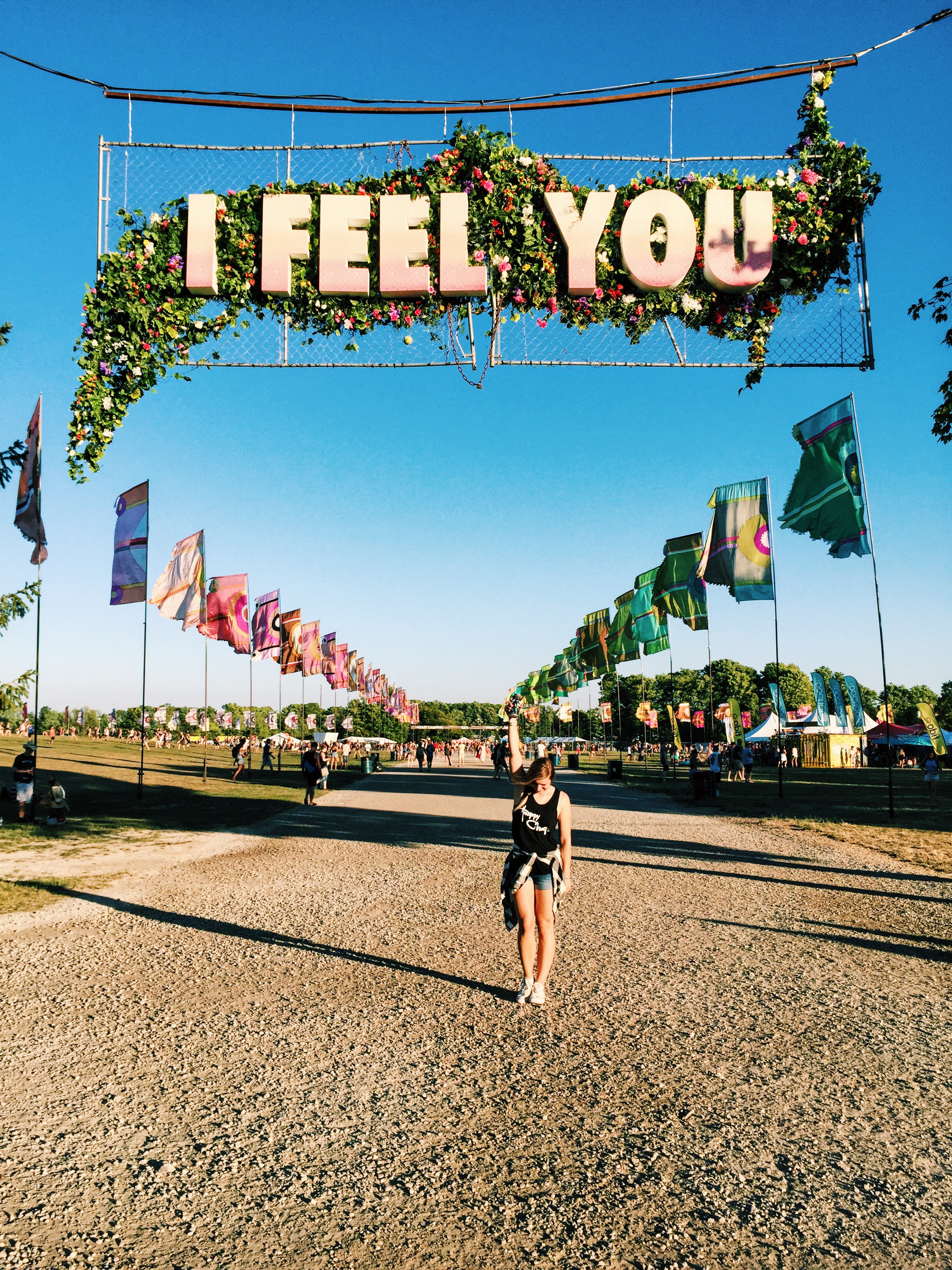 It was only about an hour or so from Toronto, but it was an awesome weekend camping in a field, meeting new people and listening to good music. Particular highlights were Arcade Fire (as a Canadian band, people went insane for them and they put on an incredible show for us), HAIM and LCD Soundsystem. 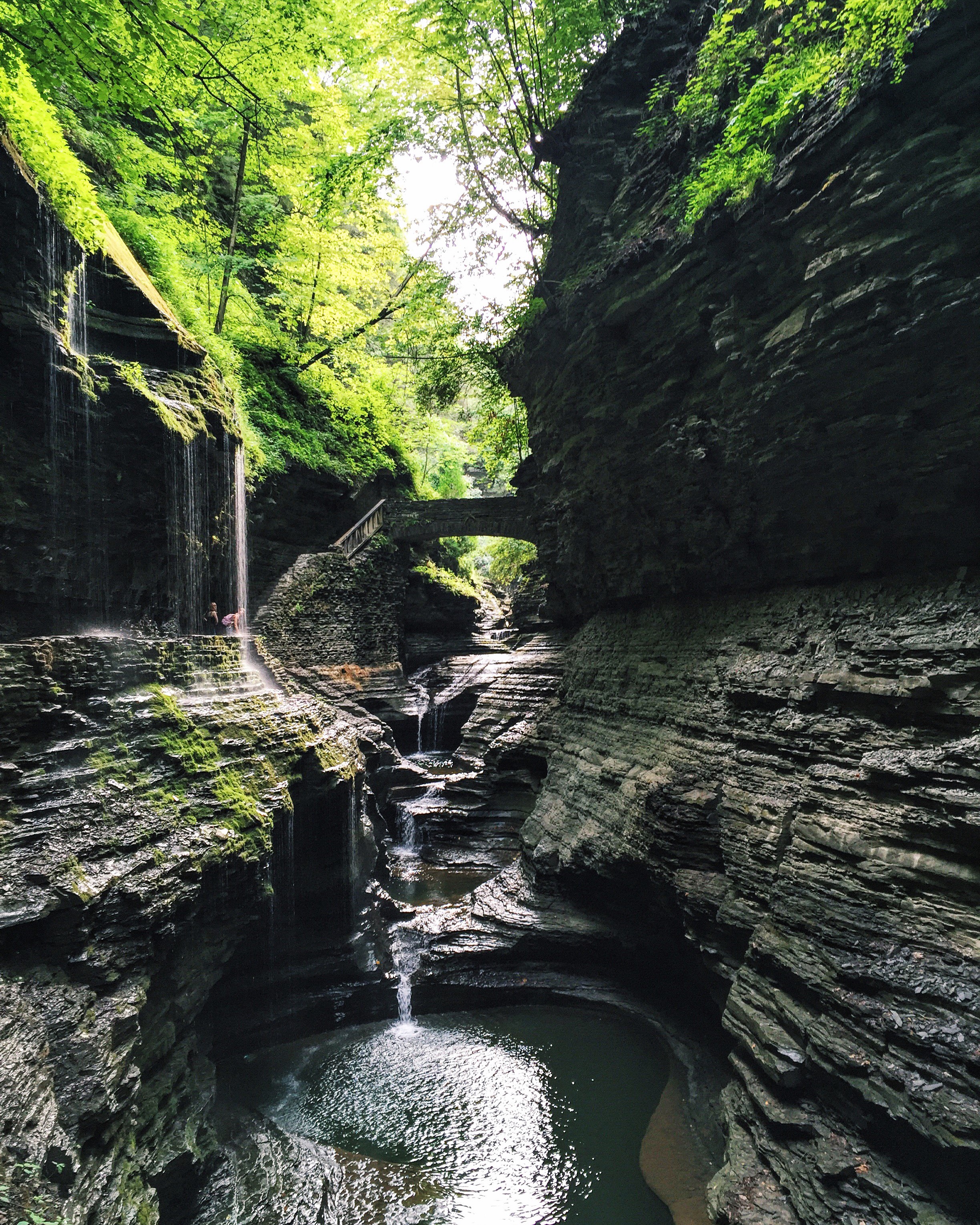 This was sort of a halfway point (or rather, the easiest yet still worthwhile place to meet) between Toronto and Boston, where Alan is from, for a trip with his parents. It involved lots of lovely wine tasting and beautiful lake views.

Summer Weather in Canada vs England

Thoughts on Losing and Making Friends

Why Your Next Holiday Should be a Cruise

My One Year Anniversary Living in Toronto, Canada

In Pictures: Highlights of Past Year Living in Canada

Bucket List: Top Beaches to Visit on a Cruise 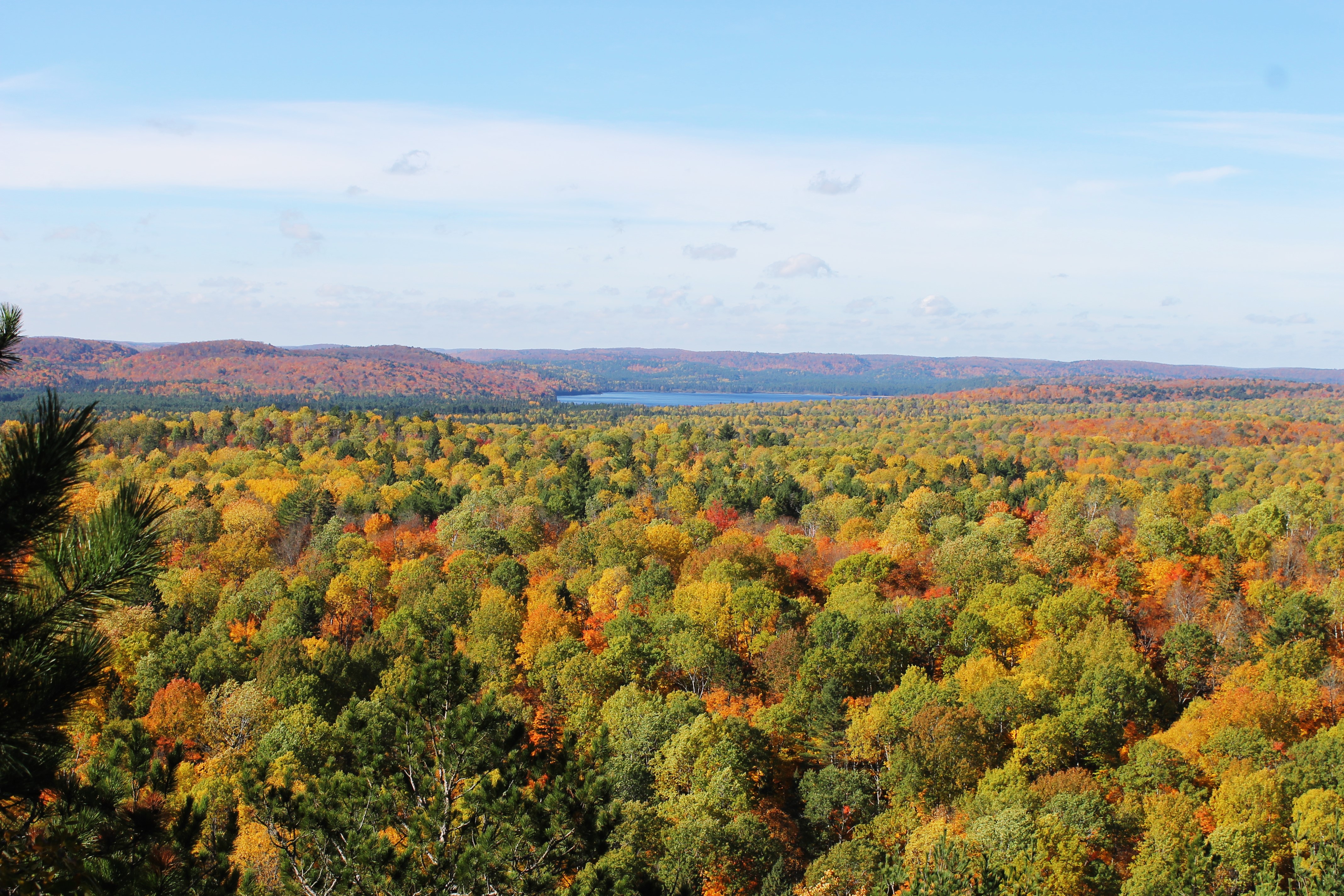 We couldn’t live in Canada for two years without witnessing the autumn/fall colours we had heard so much about. Naturally, I wanted to go somewhere wild and spectacular to view them, so on a day trip to Algonquin we went! It was an incredibly beautiful day and I found myself so in awe and happy to be surrounded by nature. 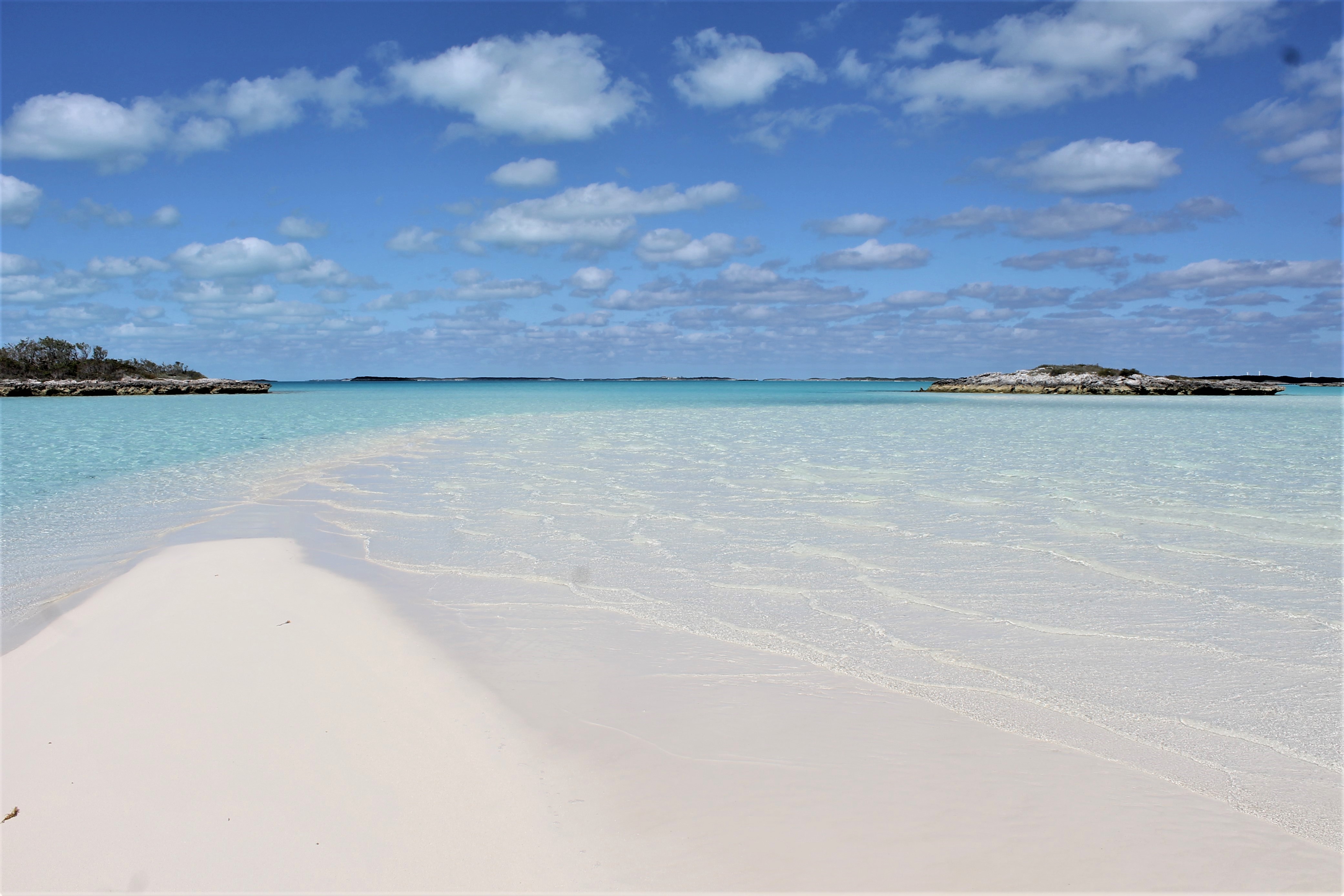 Hands down my highlight of the year. I’ve always wanted to spend my birthday in a warm place (being a November baby in the Northern hemisphere has never quite lended itself to that) and this year, for my 25th birthday, I spent the day swimming and snorkelling with fish and sharks, popping champagne on a sand bar and watching the sunset on a dock with cocktail in hand and feet dangling above the sea. It was also such a unique experience because we met the infamous swimming pigs! I could not gush about this holiday enough, it truly was amazing and I would absolutely return to Staniel Cay Yacht Club. What a dream. 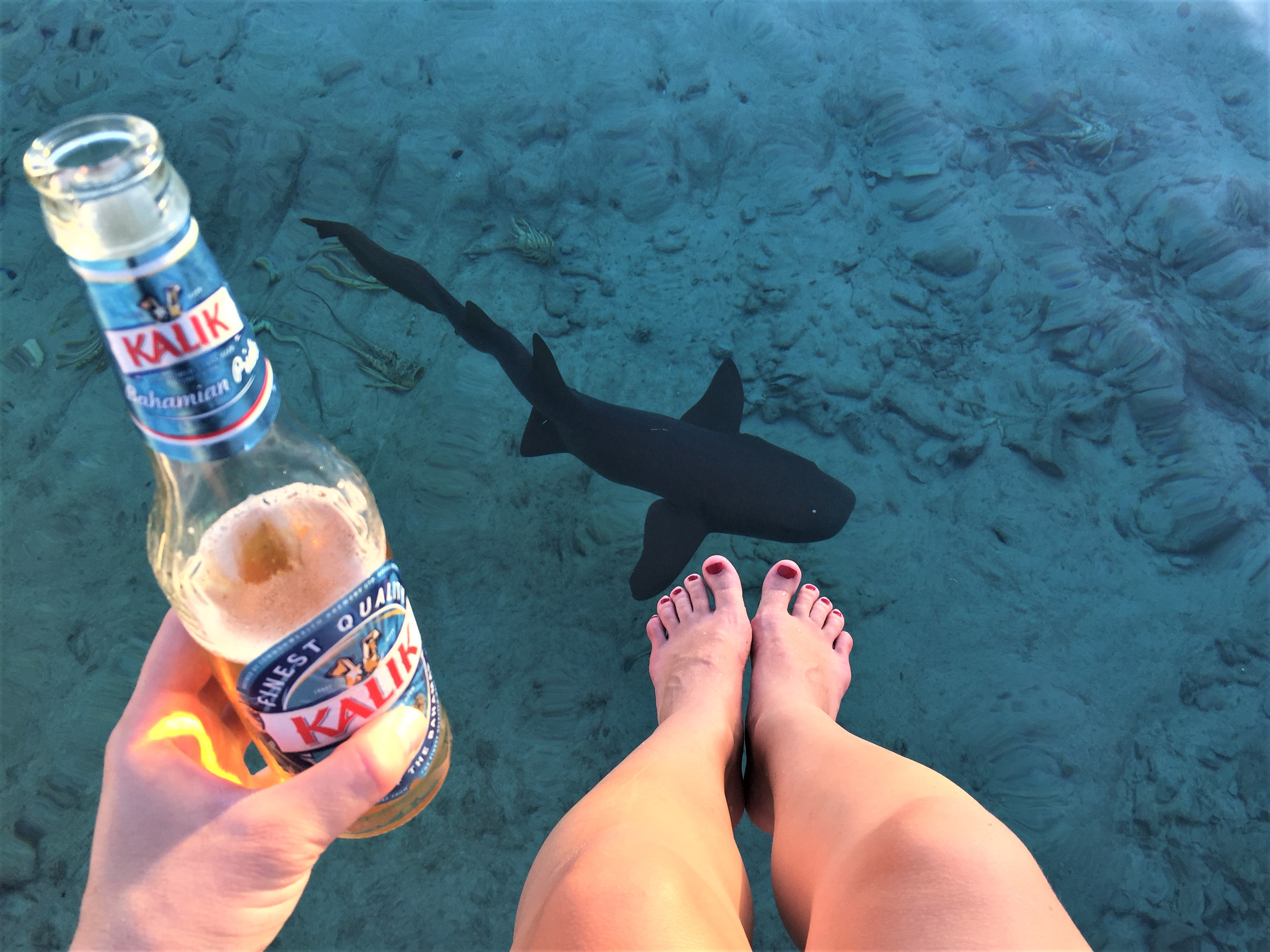 Visiting the Swimming Pigs of The Bahamas 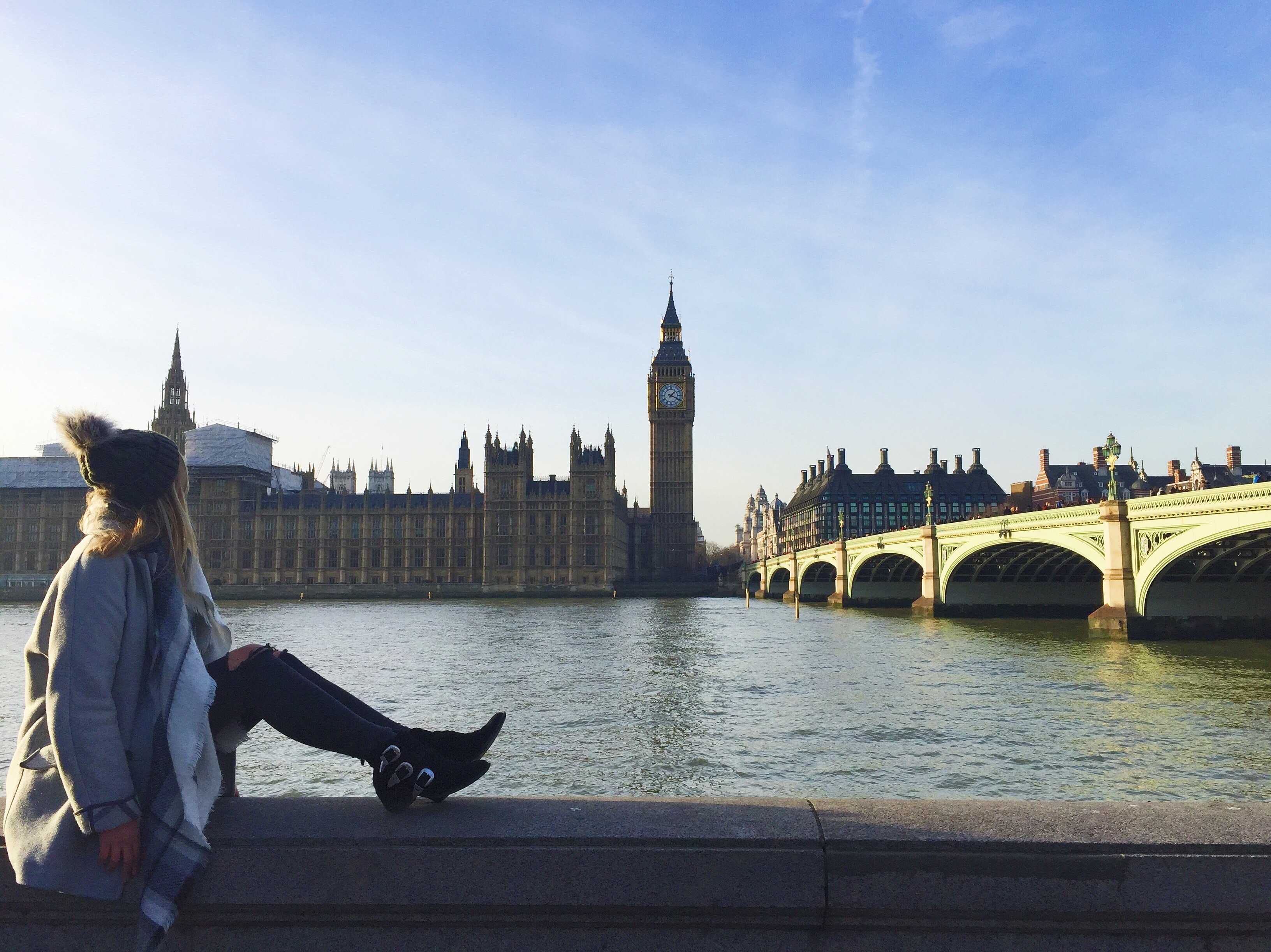 Back to London for the second time this year, I was determined to spend Christmas at home with my family and be there for my nephew Finn’s first Christmas. I went for two weeks (joined by Alan in week two) and caught up with my favourite people – I even got to have a reunion with my friend Alex who has been living in New Zealand for two years! These visits home have made it so much more apparent who my closest friends are and what they mean to me.

General thoughts and what I’ve learnt over 2016:

Honestly, I actually completely forgot I had made goals in my 2015 review post, which presumably wouldn’t bode too well. Let’s see how they’ve gone…

Don’t take my 20s so seriously – *big gameshow ‘wrong’ noise* I was actually thinking the other day about how I still need to take my 20s less seriously. Somehow, more and more, I’ve put pressure on myself to achieve certain things and feel disappointed when I haven’t or compare myself to other people. This year, I want to focus on making the effort to be happy and not worry so much about where I am in life.

Do something I’ve always wanted to do – relative success. I went dog sledding, which I actually mentioned in last year’s blog post, and I tried scuba diving for the first time. I swam with sharks, although not whale sharks, but it was still awesome (obviously).

See more of Canada and the USA – again, somewhat. I saw more of Vermont and New York, I visited Philadelphia for the first time and I explored more of Toronto and its surrounding areas. Unfortunately, we didn’t get to do a southern USA trip or one to Havasu Falls/Zion National Park/Grand Canyon and Canada is so huge and domestic flights not cheap that we’ve yet to do some of our main Canada bucket list items.

This year is the year for the Canadian Rockies, which has been my number 1 Canadian destination I want to visit for a long time now. This trip is in the process of being organised and I’ll be going in June along with my boyfriend (my usual travel partner) as well as my sister, my brother-in-law and my nephew, who are coming to visit. They’ll first arrive and explore our adopted city, Toronto, and then together we’ll fly to Calgary and embark on a road trip around Banff and Jasper National Parks.

I’ve been surfing on and off since I first went to Australia in 2009, but it’s a sport in which consistency is absolute key. For a long time now I’ve wanted to go on a surfing-specific holiday – I currently have my eye on a weeklong surf camp in France. I would also love to go back to Bali/Indonesia and surf more there, but something tells me that’s not in the budget for this year!

Work on my photography

Ashamedly, but like many others, I have a beginner Canon DSLR but have little idea how to use it in manual mode. I love photography and want it to be more than just “what cool picture can I put on Instagram today?”. I’ve already done one free online course (sorry guys, but as much as I’d love to, I’m just too poor to do an in-person, paid-for course so I’m being resourceful) and have another ready and raring to go. The aim is to be happy, or at least comfortable, with shooting landscape pictures by the time I go to Banff.

This is my “if time and money were no object” sort of dreams, which honestly keep on changing anyway. I would love a trip to Europe to show my boyfriend more of my home continent. Or finally experiencing the places in North America we’ve not managed to get to in the past year and a half. I’ve also long wanted to see more of Asia (long had my heart set on Vietnam and The Philippines) and it’s cheap when out there so that’s certainly a pull factor.

I always – whether openly or secretly – wish to return to Australia every year. I don’t think it’ll be on the cards this year, but next month will be five years since I was last there and I can’t even express how much I miss my favourite country and former home.

I’ll stop there for goals here on the blog – I of course have some more personal ones and travel ones which I’m not quite ready to reveal yet. I don’t want to stick to too much, however, as I mainly want to make sure I’m open minded about the year and take things as they come.