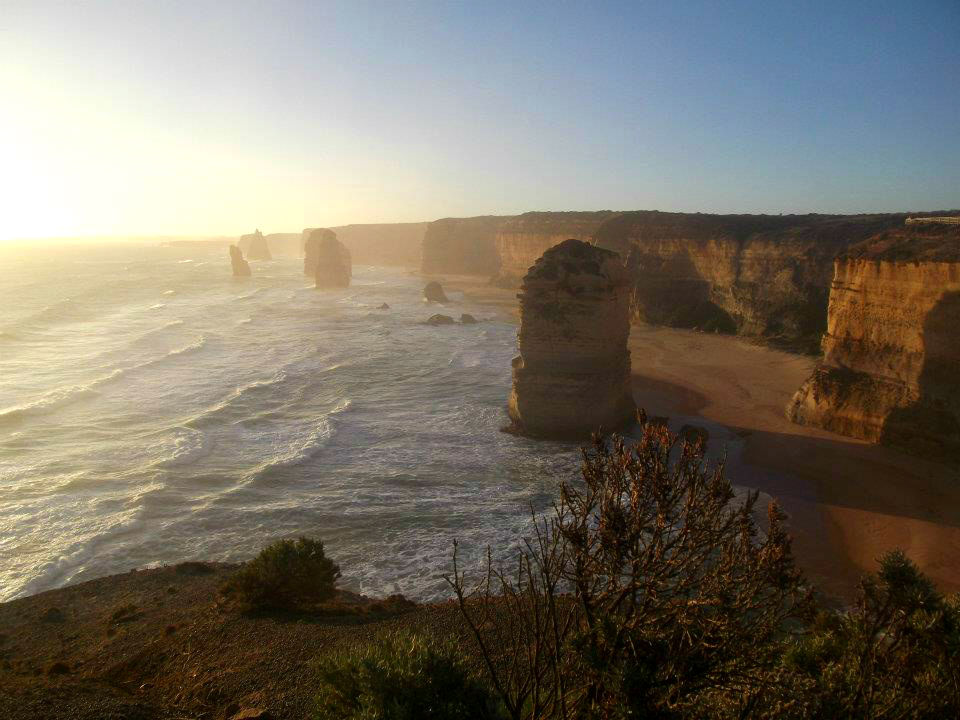 In my room I have a corkboard that has many random things pinned to it, including postcards (from friends, family and my own travels), the boarding pass to Melbourne from 2012 when I went to study there, a goodbye card from the friends I made there, my London 2012 Olympics Opening Ceremony ticket and a photo of my first cat (you never forget your first).

I was reorganising it the other day and a couple of items struck me as some of the bravest things I’ve ever done: most notably the already mentioned boarding pass to Melbourne and a postcard I brought back from Costa Rica, where I backpacked solo (along with Panama) for a month in 2015, before I moved to Canada. (I should really display some sort of homage to Canada too then, thinking about it.)

I take massive pride in these events because they make me feel brave, and they constantly show me that taking risks is part of life – and very often the best part. But along with these memories and good feelings, I’m always reminded of how scary it really was and how if you saw me at those points, ‘brave’ is so not the word you’d choose.

My jumper sleeve was moist from my tears as I flew on the Madrid to San Jose leg of my trip to Costa Rica. I sat there on the plane thinking “Why the hell am I doing this?”, trying to mask my sobs (no two ways about it, I was full on sobbing) in the light of just how real this had become. Particularly the fact that I knew very little Spanish and I was by myself – something I had never done before, except the flight/move to Melbourne.

That flight to Melbourne wasn’t pretty either. It was my first time flying alone and I although I didn’t cry, I had a permanent look of a startled deer as I tried to navigate my way around airports. I was constantly trying to find someone on my flight I could follow/adopt as a temporary mother to guide me and tell me what to do.

But I truly believe that this fear and vulnerability is what makes someone’s actions brave. The word ‘fearless’ to describe someone often gets bandied about as something to strive for, but that’s not real, and it’s not necessarily bravery. Bravery is being scared but doing it anyway because you know it’s good for you or someone you care about. To me, anyway.

My travels in Costa Rica started with a bunch of ugly crying but ended in a lot of lessons and a sense of a new part of the world – I had my cry and picked myself up and put myself out there. My 6 months in Melbourne started with desperately looking for someone to take care of me and take the worry of this big move off my hands (I blame being the youngest child for this attitude) but ended with a completely different perspective of the world, a new found independence and I finally allowed myself to know what I want. With nobody to lean on or support me, I could actually be myself and decide what I wanted from life, from relationships, from friends.

I don’t think I would have got to that point or classed these things as bravery without having some fear, being vulnerable and honestly a little bit of a mess. On a smaller scale, it’s like when someone asks me or talks to me about the time I went skydiving. “I’d be so scared; I couldn’t do it” they say, and I always insist that I was scared. But I did it anyway.