I haven’t done one of these life update things for a while so I thought (encouraged by a commenter on my last post – I have regular readers?!) I’d fill you all in to what’s been happening lately, and why I’ve been so quiet.

Alan’s still in Toronto with our cats while I’m back in London. We’ve been waiting for our eligibility to apply for the Unmarried Partner Visa for Alan to move to the UK, and now that we’ve met those requirements, we’ve submitted our application and are currently waiting for the response/verdict. Fingers crossed for some good news soon.

It’s taken a lot longer than we were hoping, and there’s no guarantee it’ll get approved, so we’re in a bit of an anxious limbo state right now. I don’t want to pin any date on when Alan might be here, but if all goes well, we’re hoping late August/early September. But this date has kept on shifting so who knows! I might do a post on the whole visa process, so let me know if that interests anyone as something you’d want to read on here.

Yes. Going back to long distance has not been enjoyable for either of us. I’m not a very patient person but I think I’ve done really well the past 10 months, all things considered, but the cracks are definitely starting to show, and it’s the same for Alan. 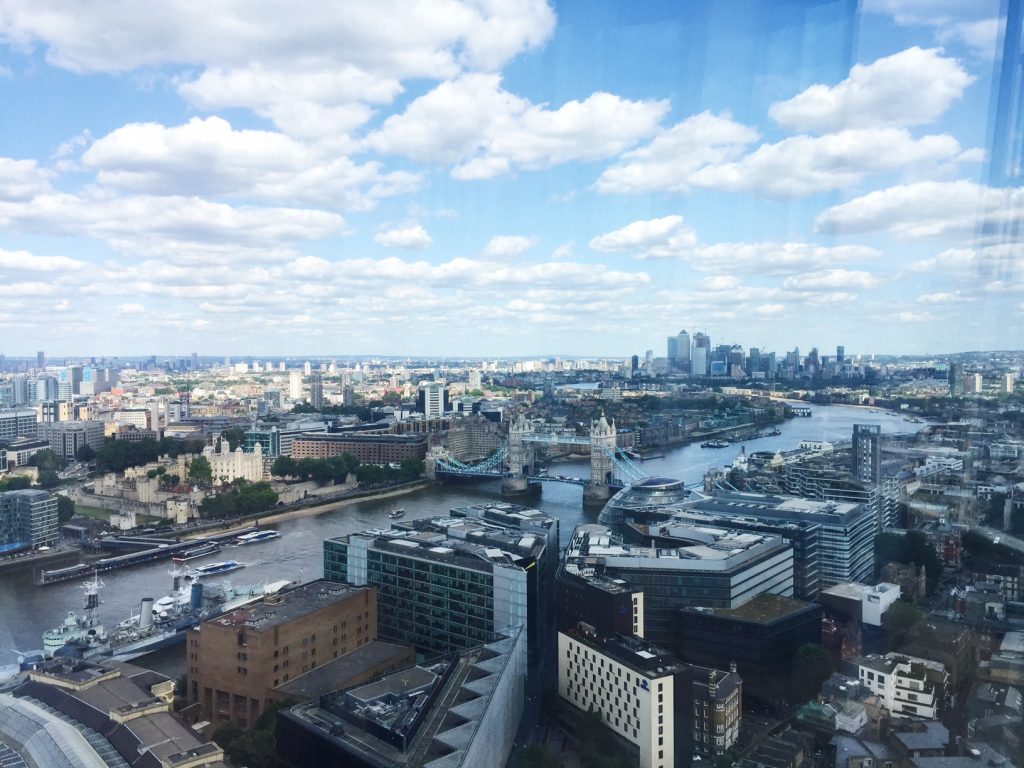 Honestly, because I’ve felt in transition/limbo/whatever you want to call it with mine and Alan’s situation, I’ve not lived London life to the full. It’s all just felt really sad when going out to do something and not having Alan there to enjoy it as well (I know, I know, that doesn’t sound very independent but it’s a feeling you can’t help – he’s been my boyfriend for 6 years!). I also found it really difficult to slot in again to London life when I first moved back as the city felt incredibly different to me compared to Toronto. Plus, in 2 years, a city like London changes a lot anyway. Now, I’m getting used to it again and still love-hate it as a city (but in an affectionate way).

I’m still temporarily living with my parents until Alan is approved to come here, then I’ll find a place for us to move into (renting, of course). I did have plans to move in with a friend in January, but she decided to finally move to Manchester instead (should I take that as a hint? Just kidding) so I took the sensible approach (first time for everything) and realised it was better to save more money by staying at the parents’ house to secure a better future when I move out. I won’t deny it comes with its challenges and I’m for sure not suited to living there anymore, but I’m fortunate to have the option to do this, and the fact that I was born and raised in London has come in very handy.

It’s been amazing to see my friends and connect with them again – what’s really nice is that my close friendships didn’t suffer while I was living abroad for 2 years. My only complaint is that I’m not able to see them more as most don’t actually live in London anymore (or never did)! Either that or they’re very busy people with a lot more friends than I apparently have! 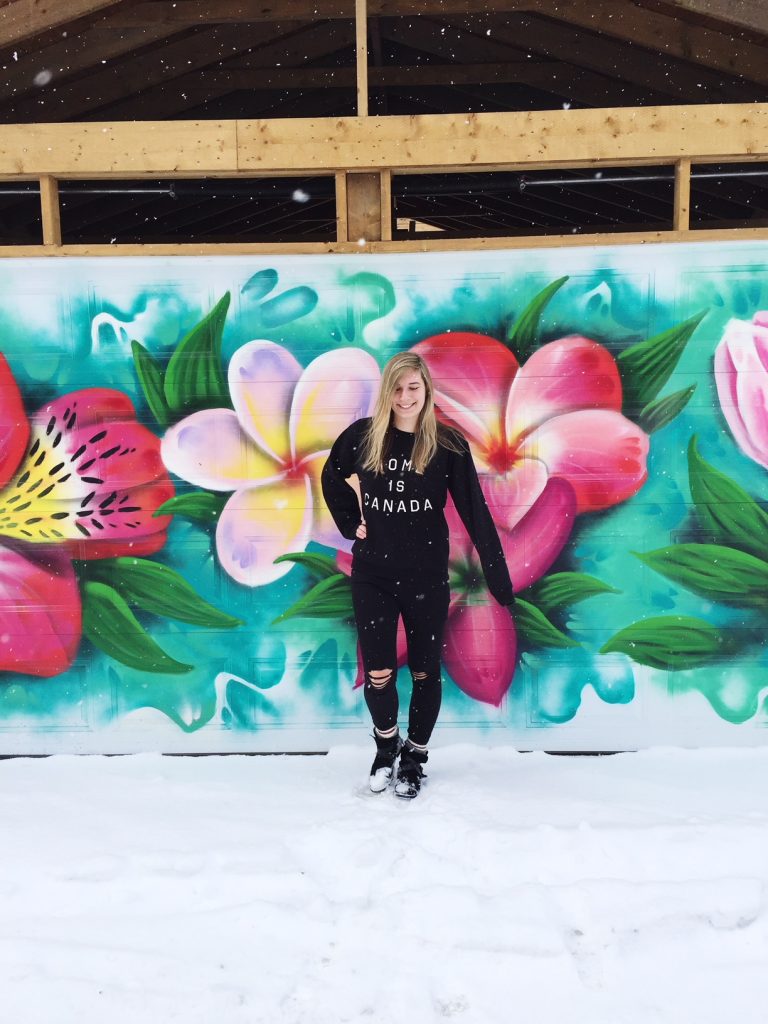 So what have you actually been up to?

Mainly working in my full-time job, really! I’ve also been spending a lot of time with my family, including my nephew and newborn (well, in April) niece.

Otherwise, since I’ve been back in the UK I’ve made the trip up to Norwich twice (my university city and where a good friend lives); visited a UK lavender field; returned to Canada twice (to Toronto with stays in Boston and Quebec City); went to Greece for a week with my Australian friend from when I studied abroad in Melbourne back in 2012; gone to a few gigs (All Points East festival, Flight of the Conchords and Foo Fighters); visited Copenhagen (twice) and Stockholm for the first time through work; seen Jeff Goldblum in London (sort of…); purchased a longboard; tried out some yoga and dance classes in London; went bouldering for the first time with a friend; kept up my running; watched a lot of Netflix.

It’s slipped a little, hasn’t it? I mean, aside from the work trips I had in Denmark and Sweden, which I’m very grateful for, but you don’t get to see much and each visit was basically a day. And I have been to Canada and the US to see/spend time with Alan, which is always nice but feels like a second home rather than an actual holiday (though any time off work is a happy time, naturally).

Because of the strange not-knowing about Alan’s visa situation, I’ve not been able to simply book something as I was never sure if the situation would change. It’s also about money: it has been and it will continue to be expensive work to get Alan here with the visa cost, flights (ours AND the cats), deposit and rent on a flat, putting that flat together and no guaranteed job for Alan when he’s here. Travel has unfortunately had to fall on the priority list – not all nomadic sunsets and Insta-shots, this travel blogging malarkey!

In the same vein as my impatience, I’m also quite restless and always need a change of scenery or just some different challenge or spark of curiosity in some way. This doesn’t have to be far or even necessarily explicitly travel-related (hence my physical activity which at least gets me moving) but that is where all those feelings peak for me, and then some. So to say I’m ready for a bit more of an adventure is an understatement, and here’s hoping that can happen soon. (Also, I just want to note that I realise these are totally first world problems and the fact I’ve been able to do any travel at all is amazing and doesn’t go unrecognised.) 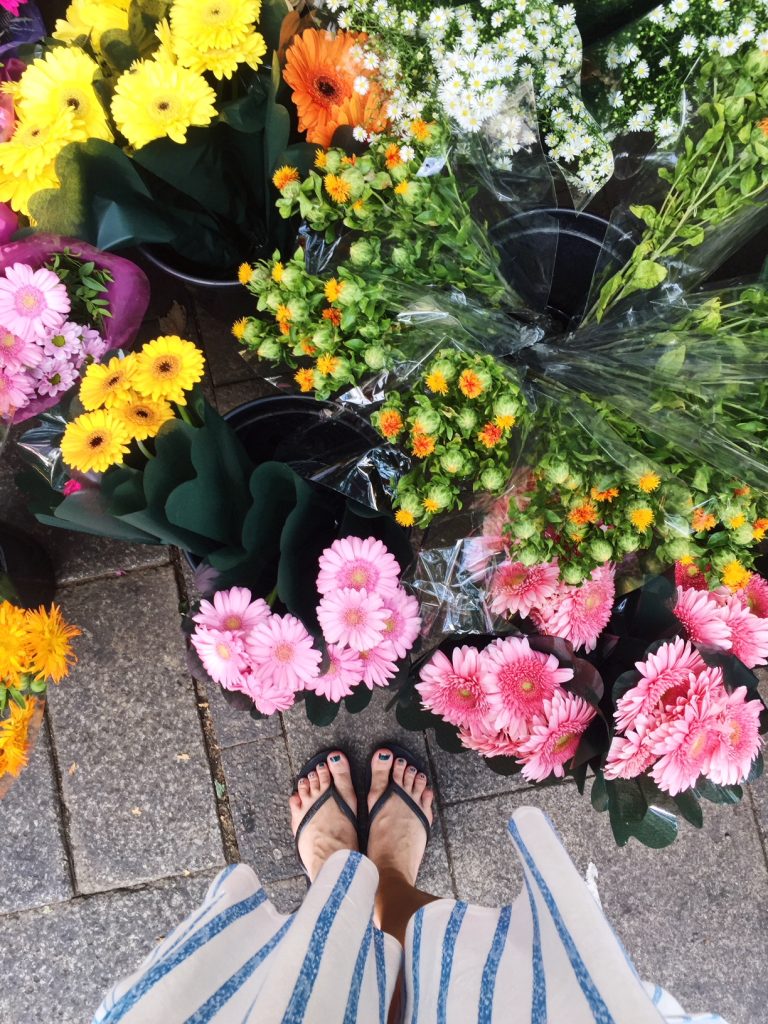 What about the blog?

Another thing that’s slipped. Because of everything I’ve already mentioned in this post, I’ve barely had any motivation to blog. First of all I was focusing on getting a job, then when you get a job you’re constantly busy and staring at screens, so on the practical/logistical level it’s hard. But when that’s paired with feeling pretty miserable and like you’re in some constant transition/limbo-state, it doesn’t make for a very positive space – or even for a consistent one… if I update month to month on my life on this blog when things are so changeable, there’d just be a bunch of out of date or confusing and misleading things.

In terms of travel, Alan and I have a few ideas which we’d quite like to turn into reality, but as with a lot of things right now, we simply can’t act on anything yet and have to wait the visa out. If it does get approved, I’ll fly back to Canada and help him get everything sorted for the move, and that will be my proper goodbye to Toronto. Then, depending on our situation, you’ll see much more from me in the travel department. I can’t wait to start planning weekend European getaways and I’m so eager to do some longer haul trips to places Alan and I have had on our list for a long time.

One thing I do have coming up – this week actually – is a long weekend in Prague. My mum is Czech, so half of my family live in Czech Republic not far from the city, and we’ll all (except my dad, who’s staying behind to take care of things at home) head over to visit. I’ll finally get to meet my cousin’s children/reacquaint myself with the city. I haven’t been there in years, so it should be fun!

Generally speaking, however, “what’s next?” is a huge I DON’T KNOW. I don’t know what’ll happen with Alan’s visa, which will decide a lot for the rest of this year. I can only really plan a few weeks in advance at the moment. So watch this space as hopefully a bit more direction will occur – but until then, business is as normal in my day to day life. What I will do is get my arse in gear and get some content up on my past trips as there is still a lot to say and report on.

To end: anyone who read this, or was happy to see this post pop up and interested in what’s been happening in my life lately, I thank you. You’re the best.