These annual reflection posts used to be fun before 2020…

Obviously, 2020 was a shit show of a year. My 2019 post on 2020 plans is both laughable and depressing to read back now, as entire countries shut down, businesses struggled or didn’t survive and people became lonely, lost loved ones and went into survival mode. My losses and experiences are so much more fortunate than many out there (I didn’t lose my job, wasn’t furloughed nor did I take a pay cut, neither was my boyfriend I live with, all my family and friends are healthy), and I would never try to make them seem bigger than they are.

They did still hurt, as a few holidays were cancelled (the big one being mine and Alan’s 2 and a half week trip to Australia, which would have been the first time returning since we met and lived there in 2012) and my Christmas plans were bulldozed (as was almost everyone’s in England by a very last-minute announcement). Like many others, I wrestled with my mental health during lockdowns (in the UK: March-June and November) – I actually thoroughly enjoy spending time on my own, but it’s something else to have that thrust on you when you feel you need emotional, in-person support from friends and family. And just a hug. Remember hugs? I can’t wait to squeeze people without abandon again.

And I suppose that brings me to what I actually want this blog post to be about – happier things. Normally I would write this recap month by month, but it seems a little disjointed from what 2020 brought (plus my 2020 life update I wrote here in July) and so this time I’ll simply revisit the positive aspects of the year. I would however like to add the note that these highlights mainly centre around personal goals and things that made me happy, but I had plenty of long periods of no productivity as well – simply getting through this challenging year is an achievement. 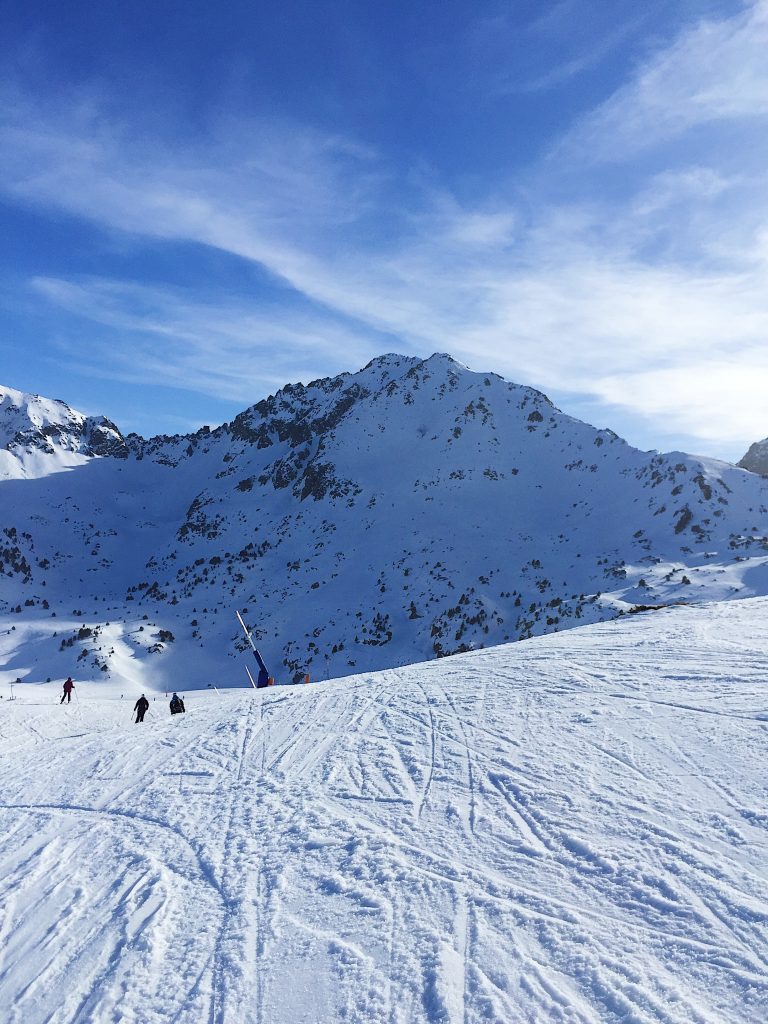 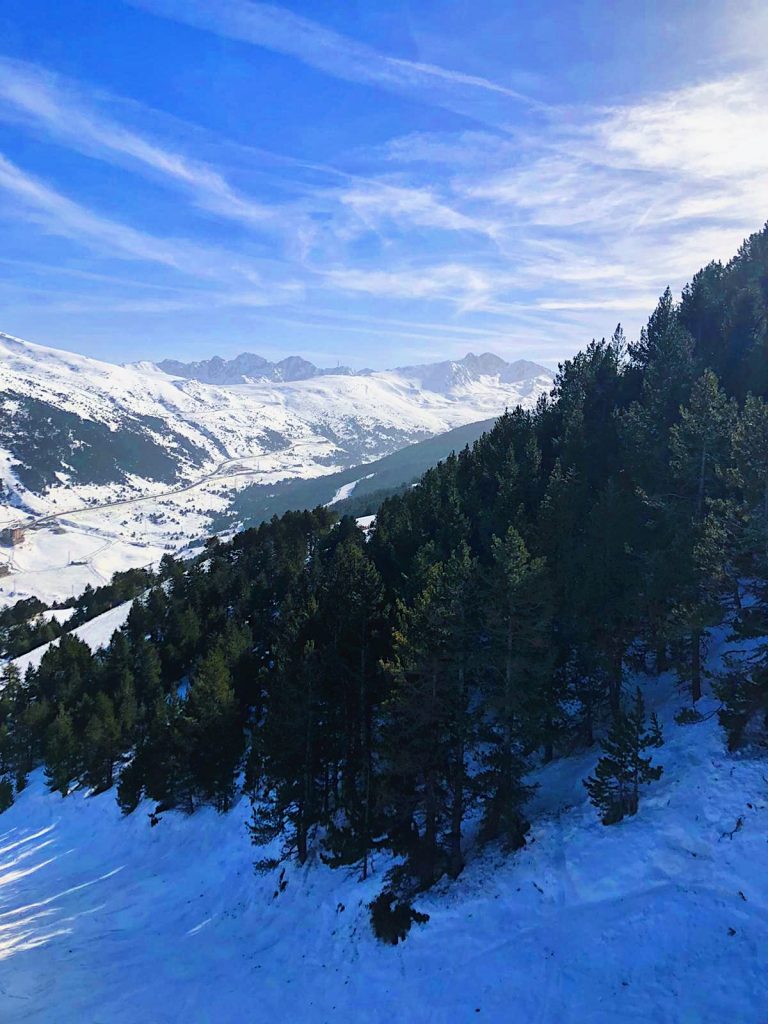 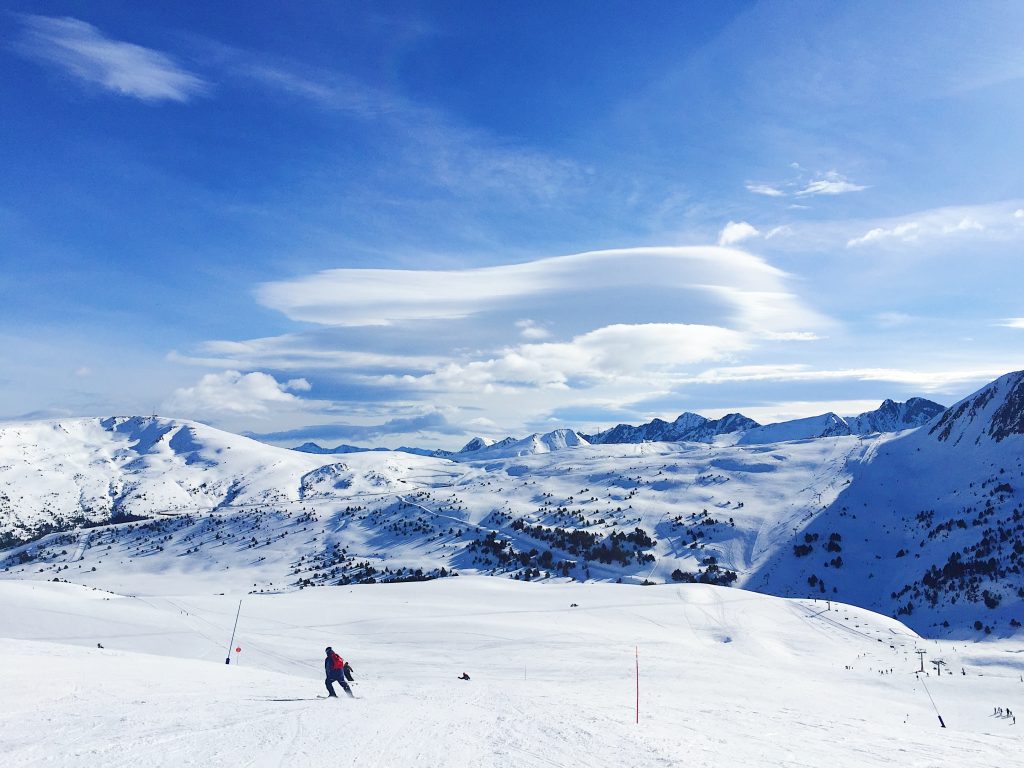 Oh, little did I know that this would be the first AND LAST holiday abroad of 2020. But wow, am I happy that at least this happened, even if it seems more like a decade ago now than just earlier this year (January/February)

Me, Alan and another couple went for a long weekend to Andorra to ski. Having mostly been skiing with family in my life, I’ve not experienced much of a proper apres ski, so this was it, and I was not adequately prepared. By the end I was exhausted, sick, hungover and in major need of fruit and veg (I was on my way to transforming into a wheel of cheese), but I was also so happy and had a lot of fun.

Having been spoilt by the views of the French Alps, I wasn’t sure what to expect from Andorra, but I was pleasantly surprised by the range of pistes as well as mountain scenery. 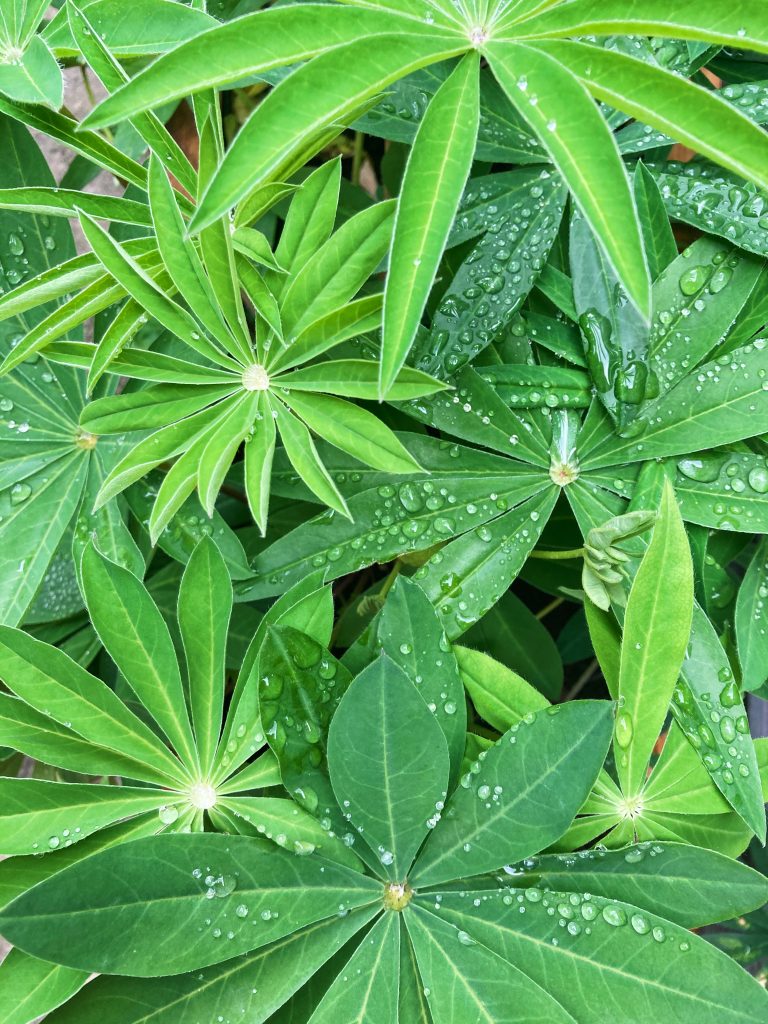 I really found a lot of sanity in tending to growing plants in the house and garden this year. It felt so therapeutic to rummage in the soil, and it was incredibly satisfying to see the success of efforts within a matter of months.

I’ve mostly talked about this in my July update, so I won’t repeat myself. But I did find that once growing season was over, I genuinely felt a bit sad that it’d mean less attention to the garden and houseplants. Looking forward to that again this year, and I’ve got some garden ideas! 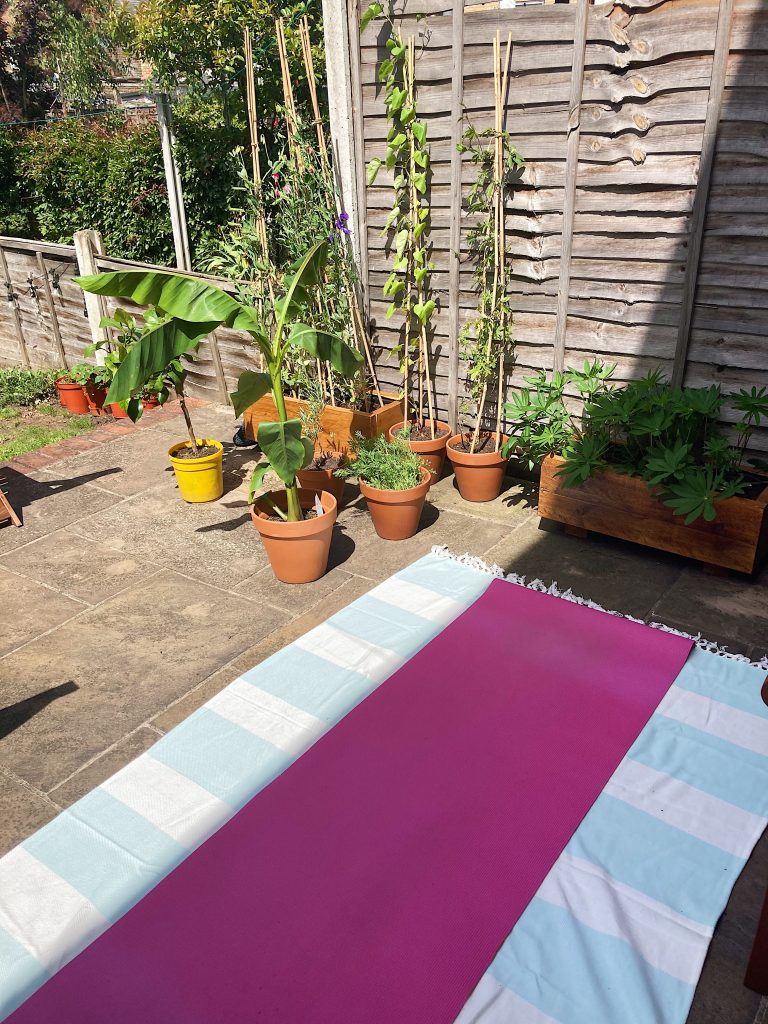 I’ve always been a fairly active person and crave some form of movement. I had signed up for the 2020 Hackney Half Marathon to give myself a challenge to work towards, as while I’ve been running very casually for a number of years, I’m much more of a sprinter (having gravitated towards hurdles and 100/200m, with a side of high jump and long jump in my teenage athletics club days). As of course you’ll have guessed, that event in May was cancelled, but we (Alan and I) decided to finish our training anyway.

Throughout the rest of the year I kept at it (though not to the same extent) and I racked up over 1,350km. I didn’t reach the goals I wanted to, which has led to a major mental running rut, but I’m still very happy to have improved as much as I have throughout the year. At the beginning of 2020, running a half marathon distance seemed so alien to me, but I did it.

I also relied more heavily on yoga this year, on top of the fact that it’s in my routine pretty regularly anyway. I set myself a task of learning how to do a headstand about halfway through the year and, once I fully committed, managed to complete it in November. Yoga and running have been a great pair for me, with similarities and complementing features, as well as giving me absolutely differing feelings. 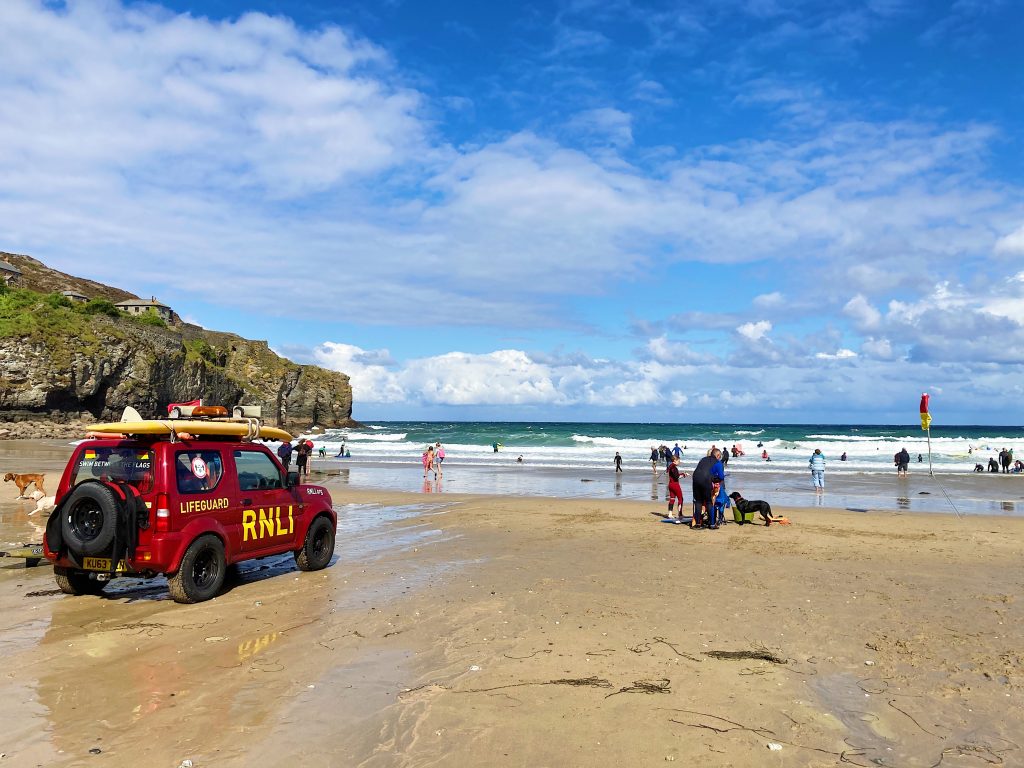 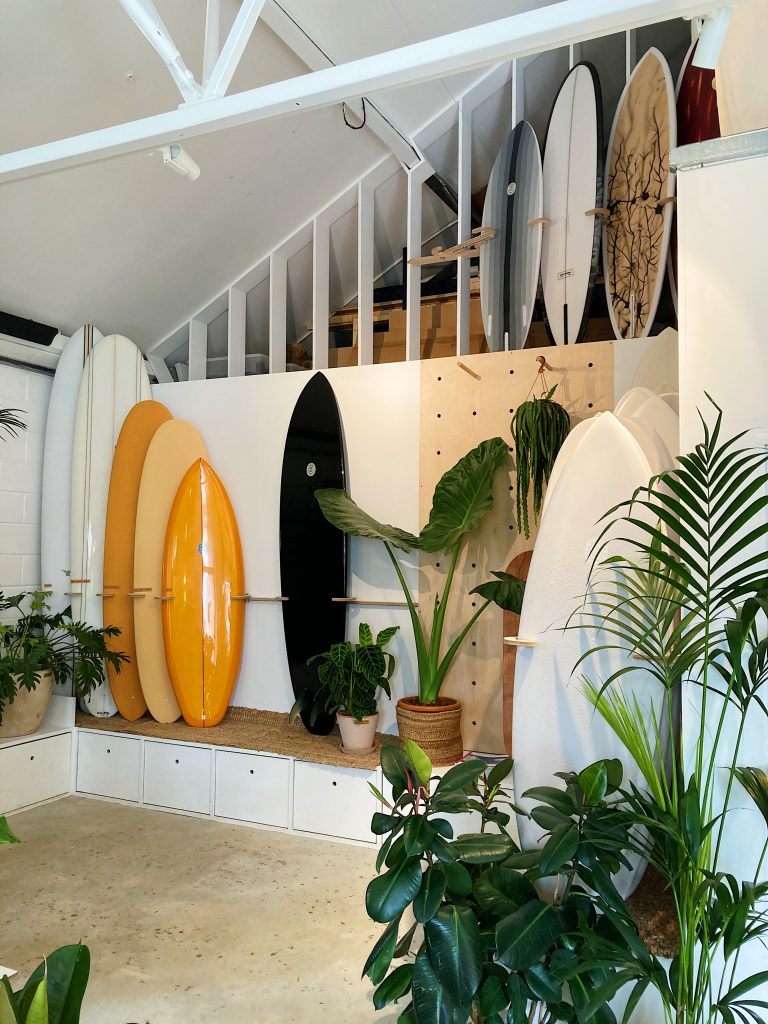 I wish I had made more of the summer, when the restrictions had been eased a bit and everyone had a short period to enjoy themselves in a slightly more laid back way. But we did fit a trip to Cornwall in August to visit a friend, and it was incredibly nice to be beside the sea, with its calming effect. The weather didn’t exactly go our way most of the time, but there were nice little periods of sun and warmth, and I loved swimming off Gylly Beach (in Falmouth) every day we were there. It was bloody cold, and I was only in a one piece swimsuit, but after the initial shock, the refreshing feeling was such a buzz. I can definitely see how people get hooked on cold water swimming. 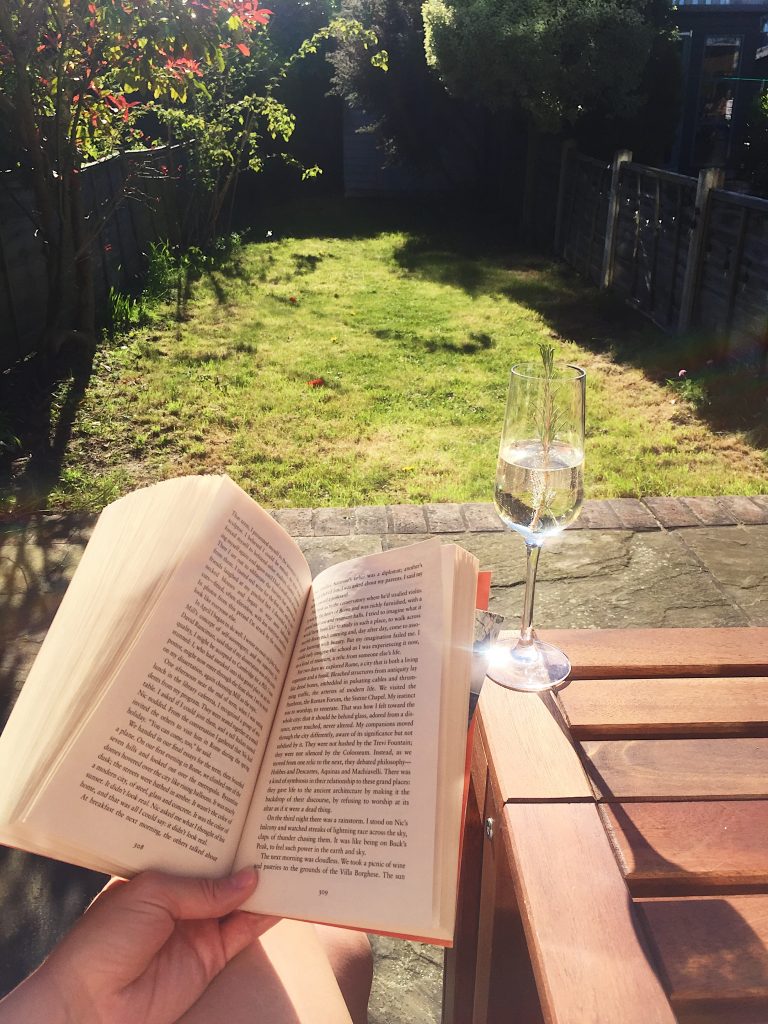 At the beginning of the year, I made a Goodreads challenge to read 30 books in the year. I never expected to get to this – and I didn’t. I simply wanted to push myself to read more, and the number of 30 seemed the highest end of what I could picture myself possibly achieving. In the end, I read 22 books, the most I think I’ve ever read (potentially with the exception of university years as an English Lit student, but even then I’m not sure…). I’m pretty proud of myself considering I was working full time (and much of the time longer hours than I would have if I wasn’t WFH), spread my time across a few other hobbies, and I’ll admit I’m not a super speedy reader.

If you’d like to see my book highlights this year, they remain largely unchanged from July’s Life Update blog post. I also have quite a few saved as a highlight on my Instagram. Other good ones I’ve read since have been Queenie by Candice Carty-Williams and Daisy Jones & The Six by Taylor Jenkins Reid. 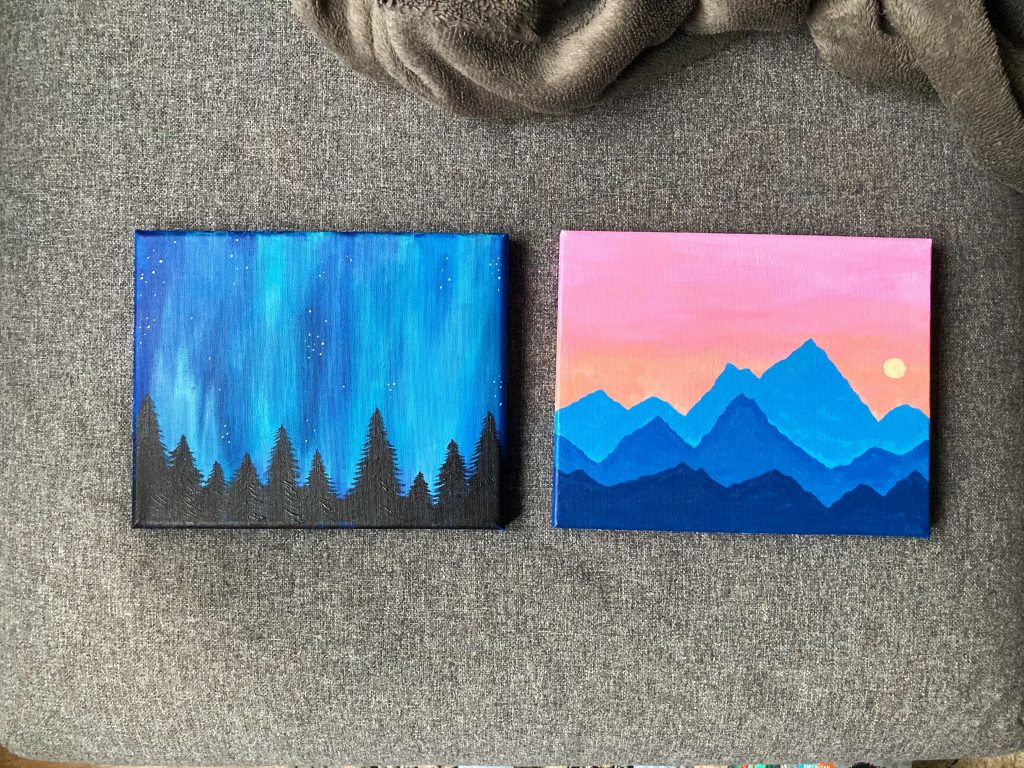 Other hobbies: Guitar, violin and painting

A lot of the time I find that keeping my hands busy stills my mind more than anything else, distracting itself into finally feeling present. I asked my parents to drop over my violin, which I played between the ages of 5 and 18. I probably shouldn’t be surprised given I’ve barely picked it up in the past 10 years, but it was a lot more difficult to reacquaint myself with than I first thought. It’s a work in progress, but after being a moody teenager reluctant to play my scales and grade pieces, I hope to now get back into it for fun!

Learning guitar has brought me a lot of happiness and frustration – as I’m familiar with string instruments, I can pick things up fairly quickly, but always want to be better faster! Patience and practice is key and I’ll work towards a more consistent routine.

I used to draw for a hobby quite a bit, but never quite got into painting. I thought I’d give it a go this year with acrylic paint and some online tutorials, and I’ve enjoyed it so far! 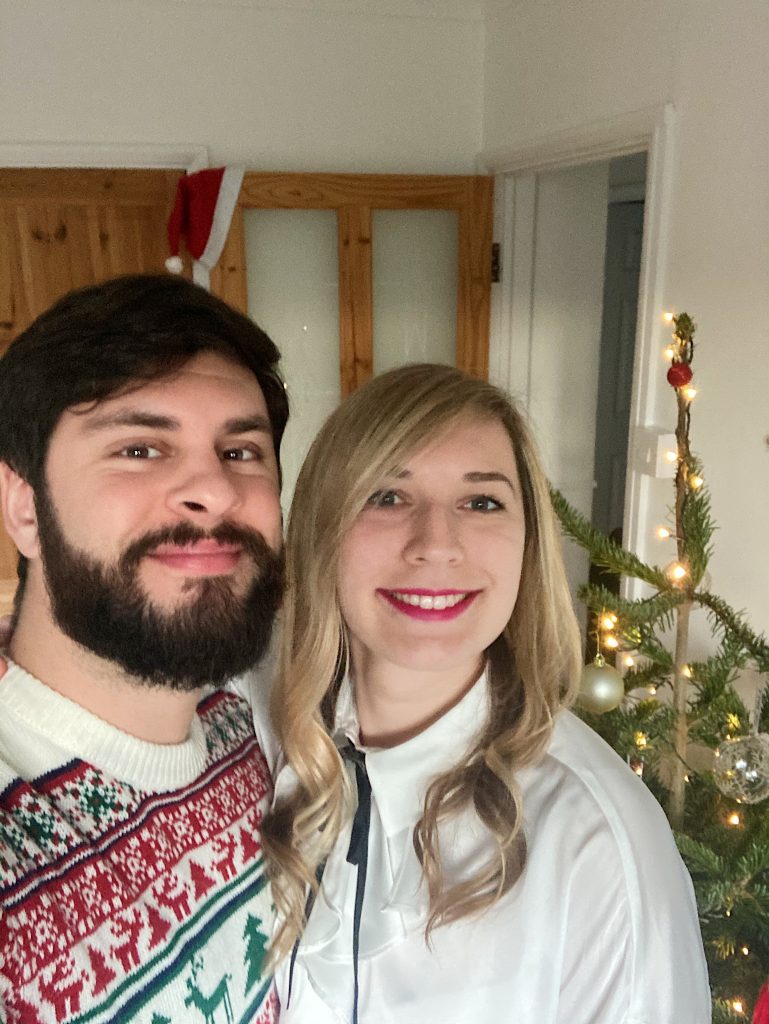 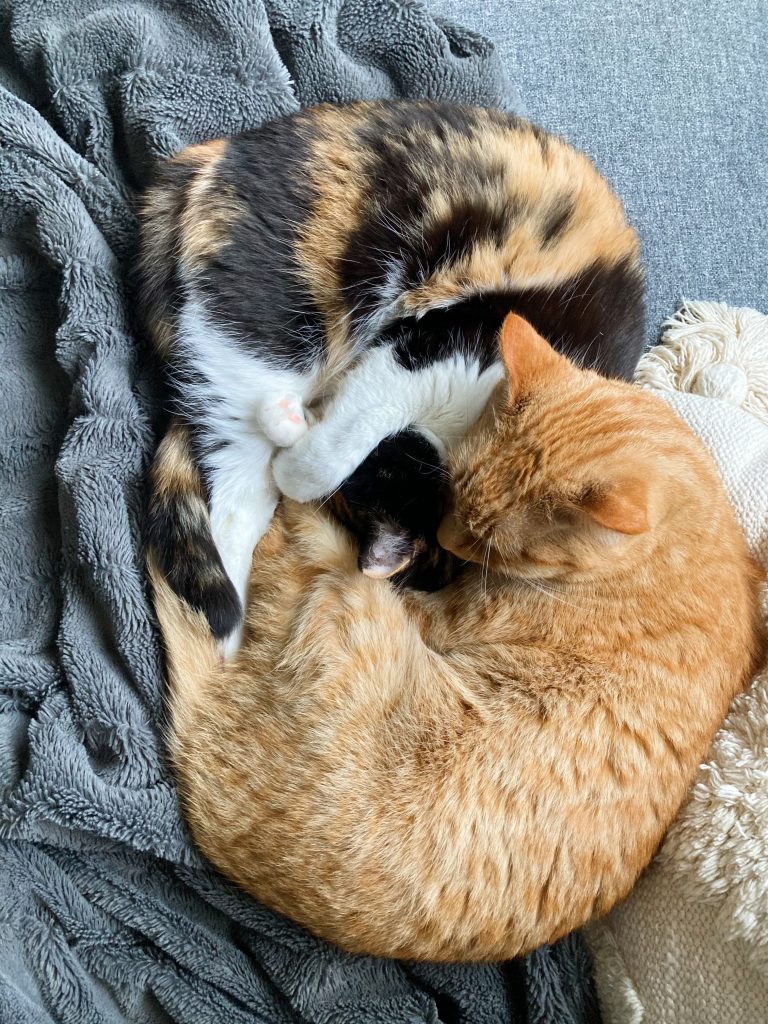 Spending time with Alan and my cats

Although staring at the same four (or so) walls during lockdown gave me quite a bit of cabin fever, I’m so happy to have been able to go through it with my boyfriend, Alan, and our two cats. Alan and I have been through the extremes over the years… maintaining a long distance relationship for over two years, to being stuck in each other’s pockets in the same small flat during a global pandemic. Of course, being cooped up together wasn’t all rainbows and butterflies, but we’ve mostly enjoyed each other’s company and made the most of an odd situation.

It’s also been lovely to spend more time with the cats – they’ve contributed to many smiles on our faces. Although I am a bit worried they’ve got too used to us constantly being around and will act out when it’s time for us to go back to our offices or on a holiday…

I’m also happy to live close to my family, and been able to see them, albeit fleetingly and socially-distanced. That’s meant that I’ve been able to meet my new niece, born in August.

It’s really quite hard to say what the future will hold on any given year, but there’s quite a bit more uncertainty going into 2021! I don’t believe going from 31 December to January 1 magically changes everything – we’ve certainly got difficult months ahead with the pandemic and restrictions – but there is something about reflection and the symbolic shift of going into a new year.

And even as I prefer to make resolutions when spring begins as opposed to the cold, dark month of January (clearly my life and outlook is controlled by the sun), I’m grateful for 2020 to end, to acknowledge what a shit show it was, but to also take the silver linings and lessons from it and go into 2021 with realism and hope.

I don’t really know what will happen, whether I’ll get to go to some of the postponed 2020 weddings, if I’ll get to travel much, or anything. But I will try to make the most of what I’ve got if it’s available to me, and also just give myself a damn break every now and again. Here’s to all of you hoping for a better 2021, I hope it is for all of us around the world.