Boston, Massachusetts, has become a pretty special place to me. I’m not just saying that because it would please my Boston-living boyfriend, Alan – although because he lives there is definitely the larger part of the reason I’ve come to like the city so much.

I went there end of August into September 2012 and in May this year, and I feel the city and I have built up some sort of bond (after my misunderstanding at customs blew over…).

Boston Take 1 was more of a tourist-focused visit. Freedom Trail tour. Warning: if you’re British, be prepared to be mercilessly mocked. I was waiting to be thrown into a dungeon or into the sea like all that tea at the Boston Tea Party at any moment… 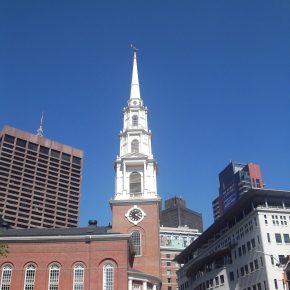 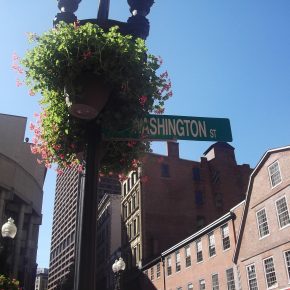 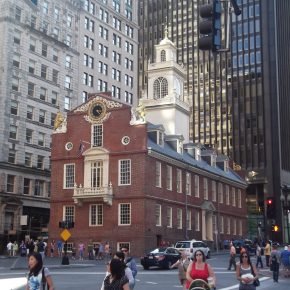 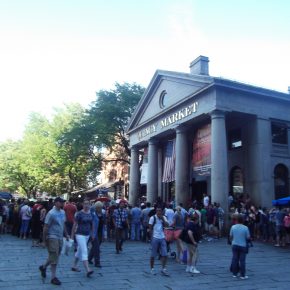 A more friendly water-based activity was kayaking on the Charles River with Alan and his parents. It was a beautiful day and there’s something about viewing a city from the water that is just so much more overwhelming as well as natural.

Fanueil Hall, Quincy Market, New England Aquarium (we saw the frankly adorable Myrtle the 100 year old turtle), a whale trip, the Museum of Fine Arts, a Duck Boat tour (which I’m proud to say I was captain of and drove… for less than 5 minutes), Boston Common, Top of the Hub and Skywalk at The Prudential Center… yeah. There was a lot.

Boston Take 2 was as if me and Boston had passed that awkward, getting to know each other stage and could just relax and hang out. We did some new tourist things like visit the Arnold Arboretum. Of course, some things I did again, like the Sunday jazz brunch at The Beehive, one of my favourite places in Boston because of its quirky decor but elegant vibe – and I have a thing about double basses. My only regret is that I wish I had gone to Georgetown Cupcakes on Newbury Street again for those succulent, filling beauties!

We did the Sam Adams brewery tour – but as part of a ‘friends and family’ tour given that Alan has a friend who works there. And I can honestly say I’ve never been to anything like it. Jetlagged and unsettled, placed into a roar of heckles and laughter while drinking beer… I loved it. By all means, throw me into a weird, maybe even nerve-racking situation. Bring it on.

I was lucky enough to go to Boston’s first ever music festival – headlining The National, with Of Monsters and Men, Dirty Projectors, Youth Lagoon and others. It’s about time Boston and generally the east coast of the US had some festivals, so I hope this amazing day spreads and more and more people get to enjoy it.

Boston is a beautiful city – probably one of the most European-esque of North America that I’ve experienced so far. It’s quaint, small and genuinely charming. It’s got some amazing neighbourhoods. I’m already lusting after Brookline and Beacon Hill or the trendy South End. It’s the Norwich to my London, the Melbourne to Sydney; that city that everyone knows but often gets overlooked (in Boston’s case it’s obviously New York City that shadows it). Even having been there twice, I think Boston is a city of hidden gems and I would love to explore more.