From a city everybody overlooks to a sight everyone wants to experience.

We stayed with Alan’s cousin, Kate, in Buffalo, and I will tell you, some parts are actually really lovely. You can appreciate the architecture of basically what look like big farm cottages lined up side by side in a residential area. Kate’s house is full of artists so it was full of really interesting things, from a bench into which they encouraged you to carve, to the room we stayed in being an art studio itself. Even a basement decorated with vinyls on the walls – not a single space not covered – that the former residents had left. Maybe it was because I experienced it first hand, but Buffalo seems to have a budding art scene.

It’s obvious Buffalo isn’t doing well, that neighbourhoods are quite poor… but there is a charm and a quirk to Buffalo that I think could be brought to the forefront of peoples’ attention. And there’s a man who often blows bubbles outside of his apartment window into the street… a city full of bubbles?! What are you waiting for, GO!

With something as spectacular and overwhelming as Niagara Falls, it’s my opinion that the natural element of a raging waterfall shouldn’t be spoilt. Focusing on the Falls, they were beautiful. I’ve always had some dreamy idea of being behind a waterfall, and on the Journey Behind the Falls, I got to kind of live that fantasy. It was probably one of the best sights to be almost under the falls – more like right beside it – and feel that spray. It’s like the Falls testing you, seeing how long you can stay there getting sprayed and taking photos before its power is just too much. You do also go literally behind the falls, and it is weird to think you’re under that strength; it’s hard to connect the two concepts.

Maid of the Mist was just as I expected it, and if it’s a sunny day, watch out for that rainbow in the spray – something so obvious to happen, but still catches you breath. Being me, I wanted to go even further into the spray, but it is so exhilirating to know you’re near the culmination of that roar of the Falls!

Also visiting the Butterfly Conservatory (which I’ve got to say, was surprisingly a lot of fun) and finishing it off with a meal at the top of the Marriott Hotel, perfect view of the Canadian Falls, I couldn’t be more grateful for a great day with my boyfriend and his family. 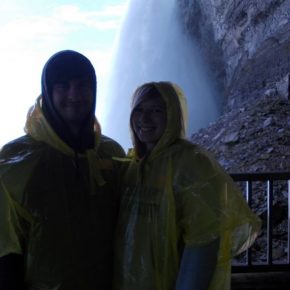 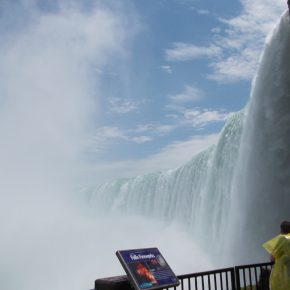 Journey Behind the Falls – the best view 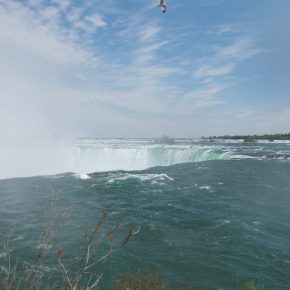 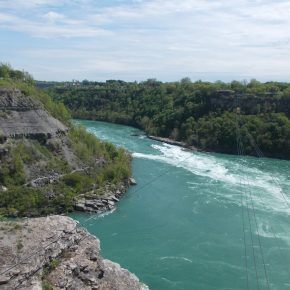 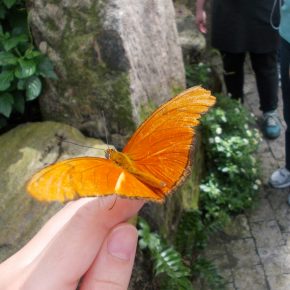 Butterfly Conservatory – actually worth the visit 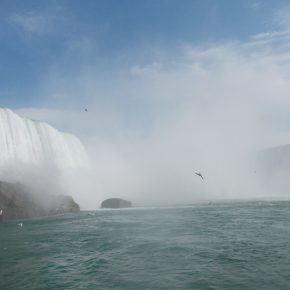 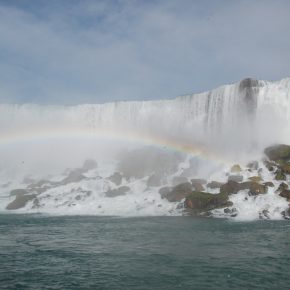 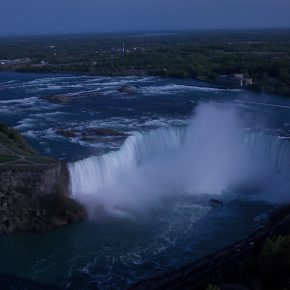 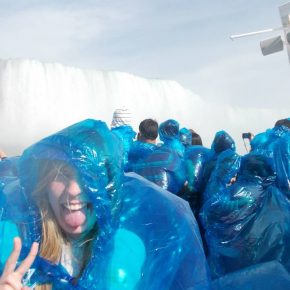 Yep. That’s me being myself. 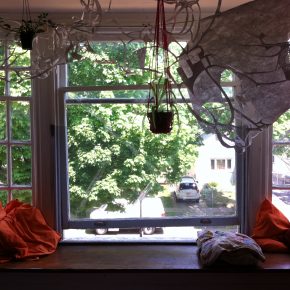 Room/studio we were sleeping in, Buffalo