There is no real good or single reason for doing this post. Just a couple of things got me thinking…

I’ve realised how much the last 3 years have changed me, since I was 20 – as suggested in my post wondering whether I’ve become Americanised.

This time in 2012, I was living an studying in Melbourne, Australia, and having the time of my life. Sometimes it’s really nice to reminisce and look back on special travel moments.

You can’t always plan out your life, even the things you really want to work out, so remembering how you got to where you are grounds you a bit more.

So what I wanted to do was to just randomly go through some of the memories travel has given me – things that make me smile (in one way or another). It also struck me that travel bloggers can have a tendency to look at the bigger picture (including myself), but it’s kind of nice to know the specific little moments during travel that kind of go on “behind the scenes”.

Having one of the best weekends of my life with a bunch of my friends, road tripping the Great Ocean Road, watching the stars as we camped, jumping off piers and running into the sea. I’ve never smiled so much. 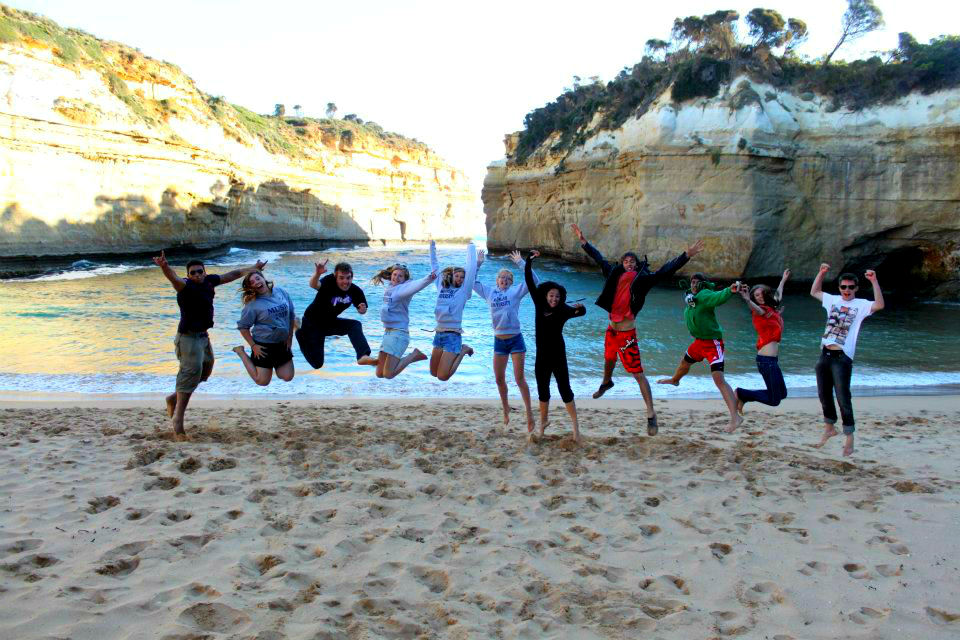 Only just getting off the plane and immediately ziplining from one mountain to another. I was exhausted, but SO happy to get right into the full swing of the trip!

Going for a full week of skiing again for the first time in a few years and absolutely falling head over heels (all over again) for the free feeling of zooming down the slopes and the incredible mountain views. 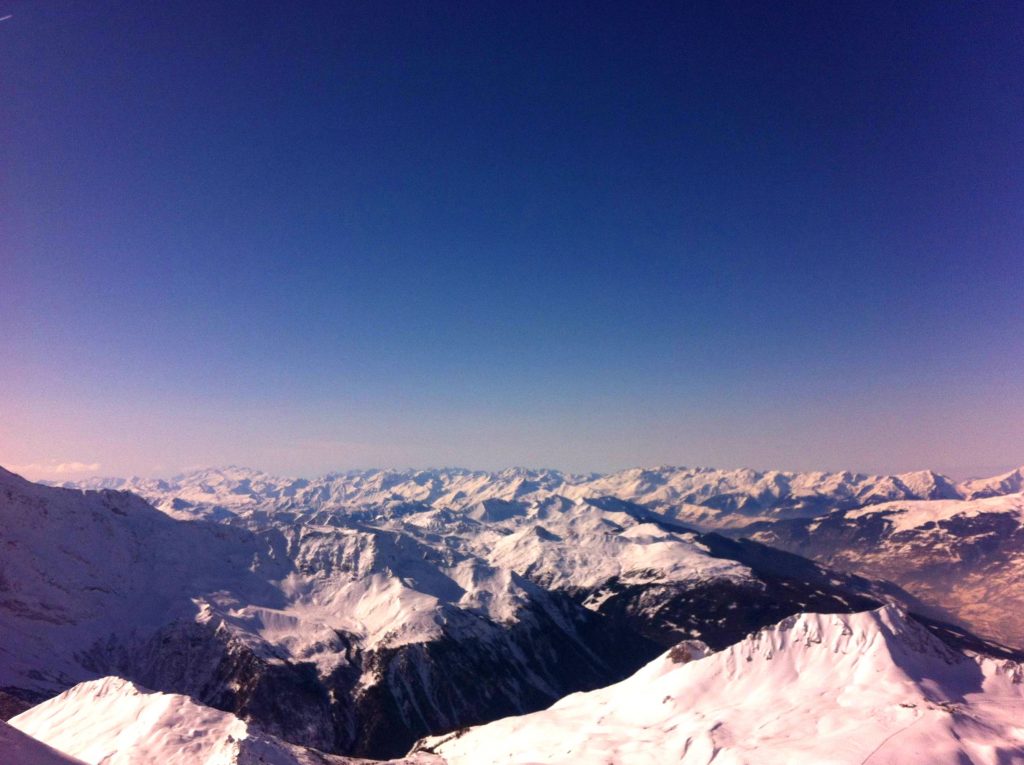 Hearing my friends outside of my room in Halls of Residence in the courtyard and feeling excited to run out and join them relaxing and chatting in the sun, even though I should have been studying.

Walking along the beach I really wanted to get to and then stumbling across a nudist beach. I mean, why wouldn’t you want your junk out beside the Golden Gate Bridge? 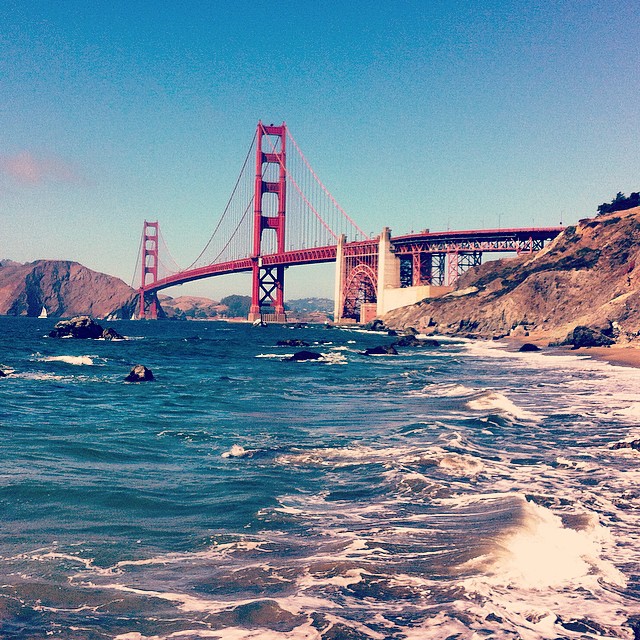 Meeting my parents when they stopped in Melbourne as part of their world cruise and taking them to St Kilda where we sat outside beside the beach, drank wine and ate the most delicious kangaroo steak I’ve ever had. It was a moment I felt I was very happy with my life and proud to show them around.

Seeing a huge pile of logs to climb over in order to reach a waterfall wedged between a gorge and managing it anyway, feeling like a child when I would climb trees just for the fun of it. Alan and I waded through chilly chest-deep water with our belongings held above our heads. It was worth every scratch and bump as everything from the mossy walls to the waterfall shimmered from the sun creeping in from above. 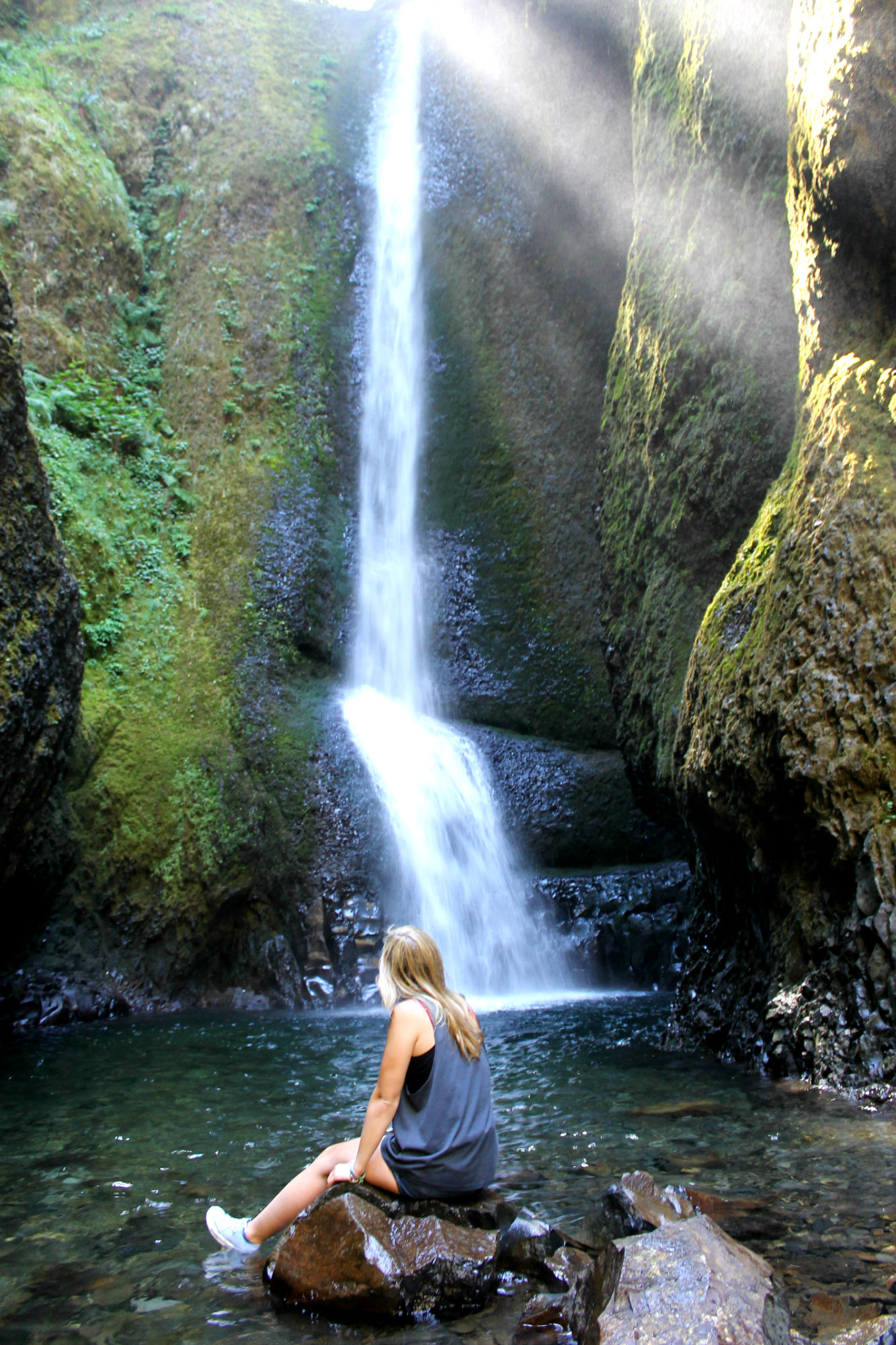 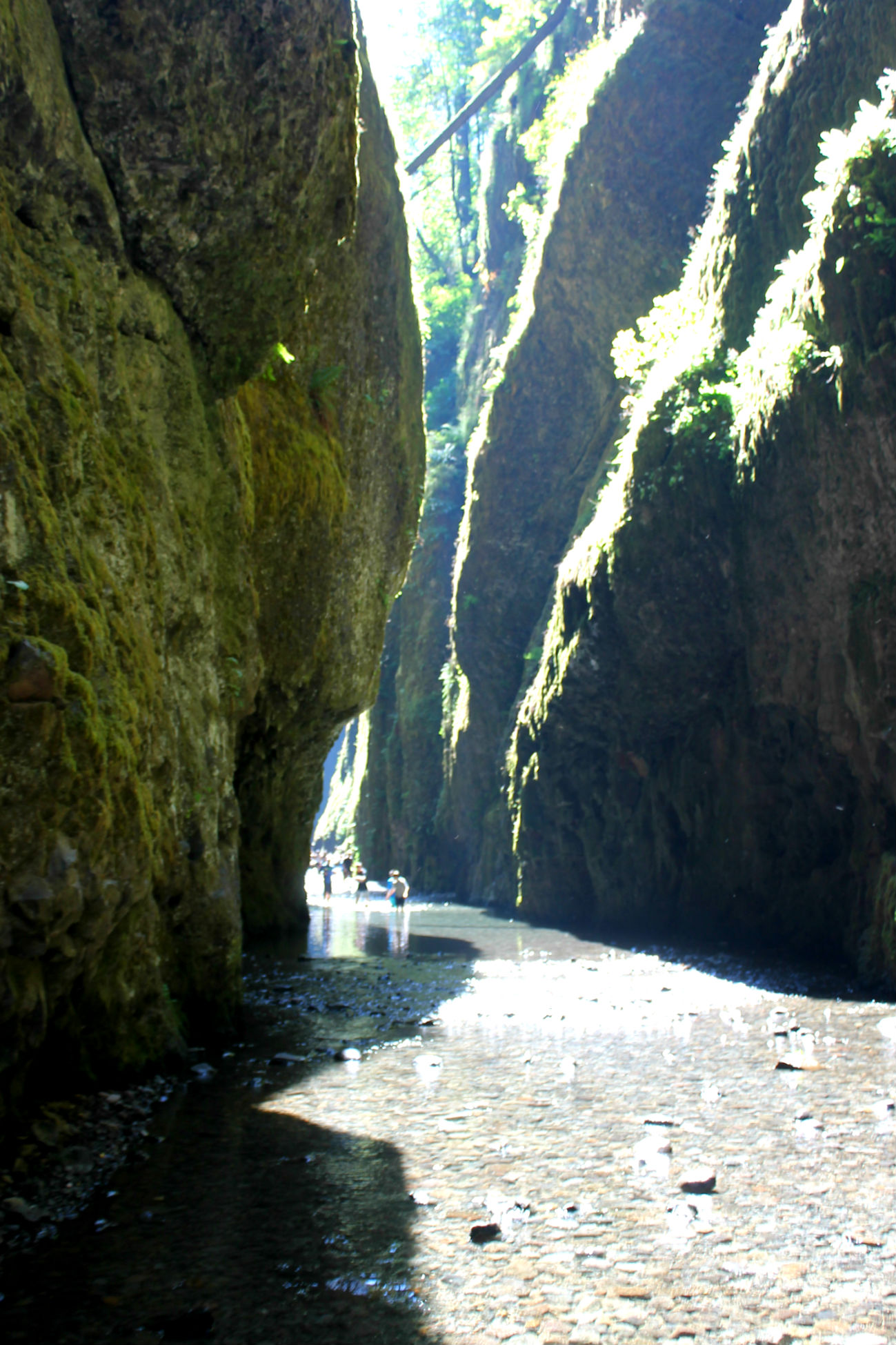 Feeling nervous about meeting my boyfriend’s parents as I had only spent a little bit of time with them but realising how lovely they were and great company as we kayaked down the Charles River on a really sunny summer’s day. I’d love to do this again.

Going to Bali with Alan and surfing in the best possible conditions with Balinese instructors almost completely to ourselves.

Watching the sun set on Pfeiffer Beach with Alan, placing the purple-hued sand in a perfect light and simply relaxing as the sun went down. I felt very happy that Alan and I had found this beach, a little secluded place with hardly anyone around. 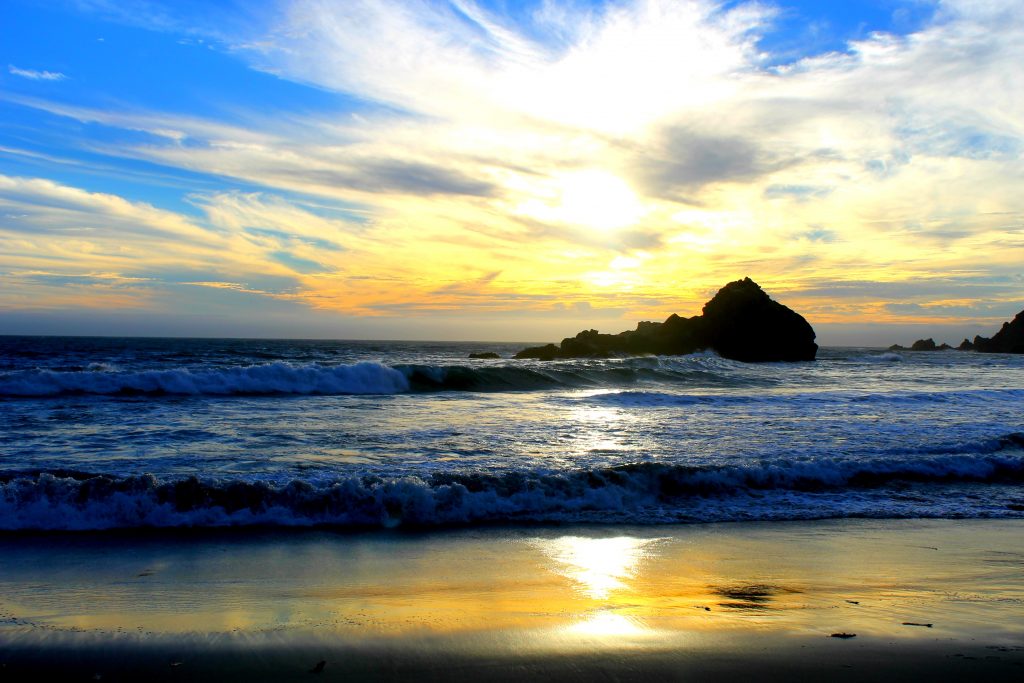 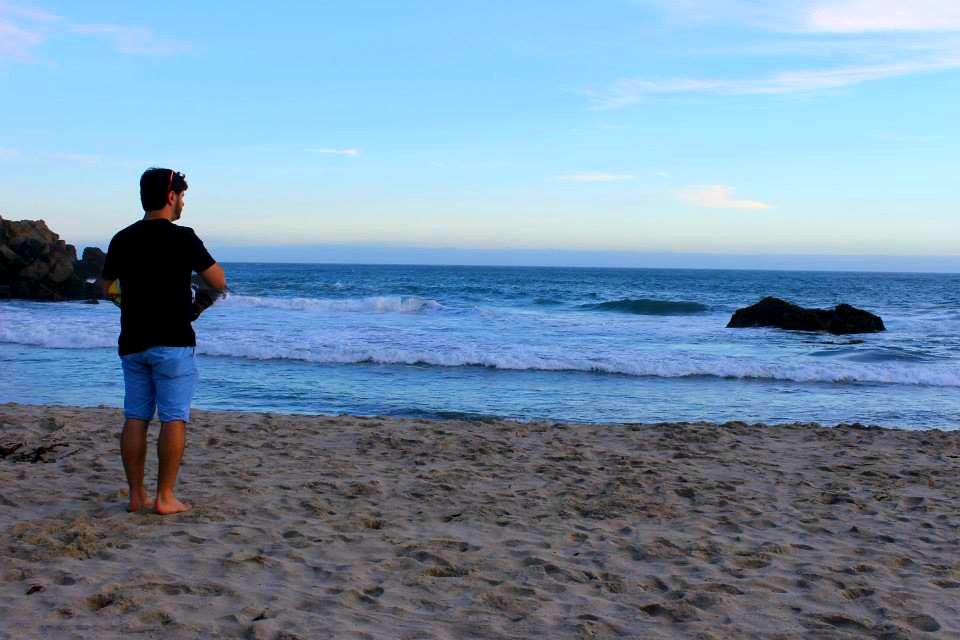 Having quite the night with two friends Alan and I met in Australia and feeling very grateful we flew out to see them.

Paddleboarding down a river, feeling slightly frightened I might get forever carried away with the current. 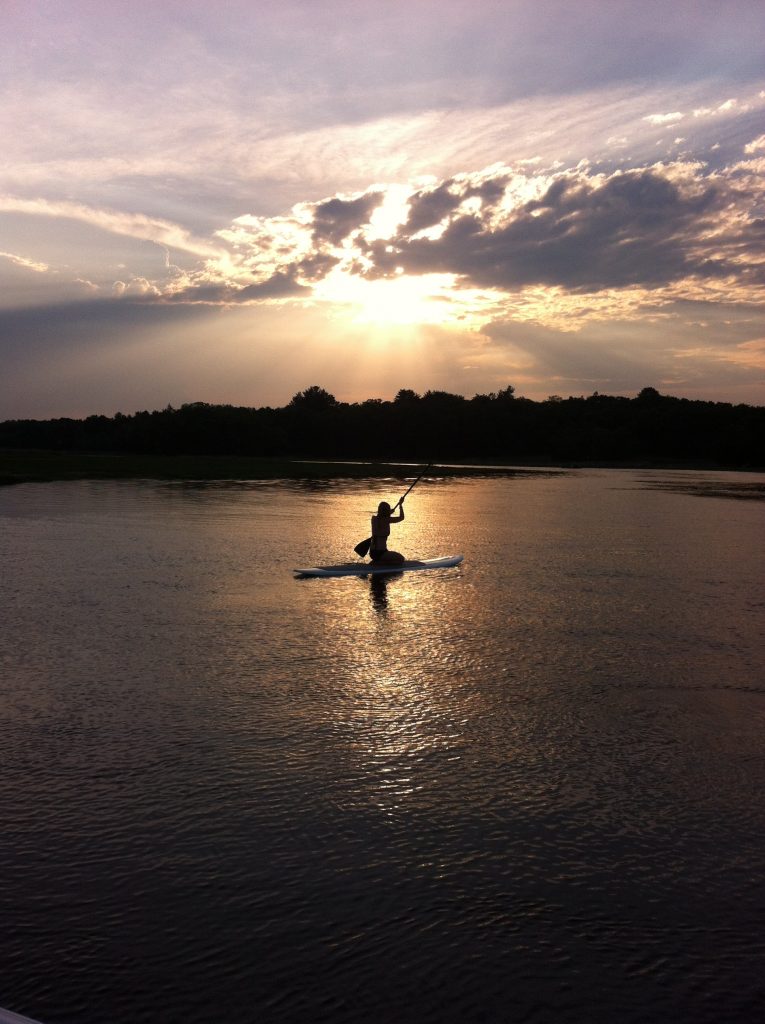 Walking up the Reichstag Dome in Berlin as the sun was setting with my friend Alex, both of us listening to the headphones given with the visit but eager to run to the top and enjoy the views. 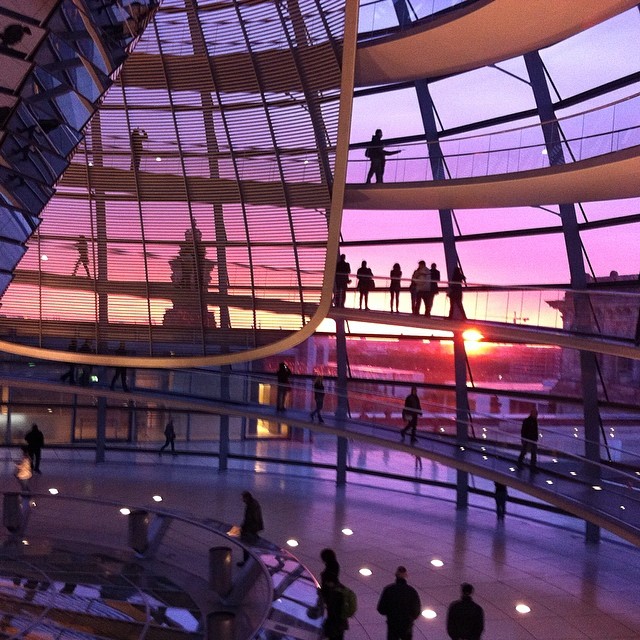 Visiting a local’s house and eatin the yummy food they made for us with a view of the rice terraces.

Visiting the Currumbin Wildlife Sanctuary and holding a koala bear, feeling immensely excited. Those little guys have some grip! 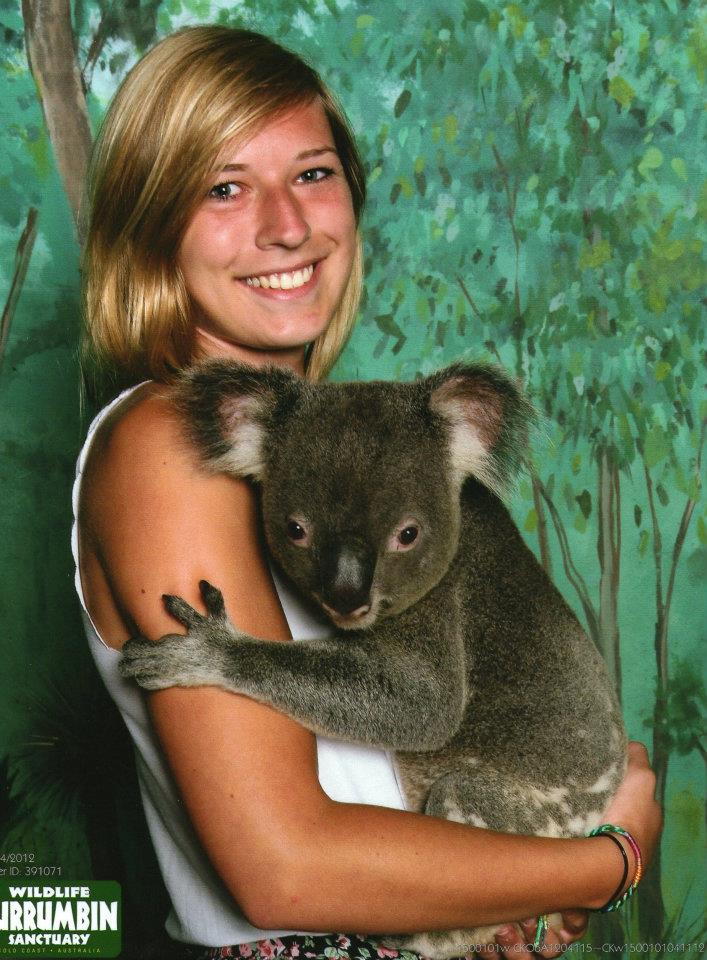 Sitting in the middle of the sea in a small zodiac watching an Orca come towards it, take a breath, and swim under the zodiac. I could see it right next to me under the surface on its side with the white patch around its eye so clearly. I’ve been waiting to see wild Orcas for so long and this is easily one of my favourite moments. Ever. 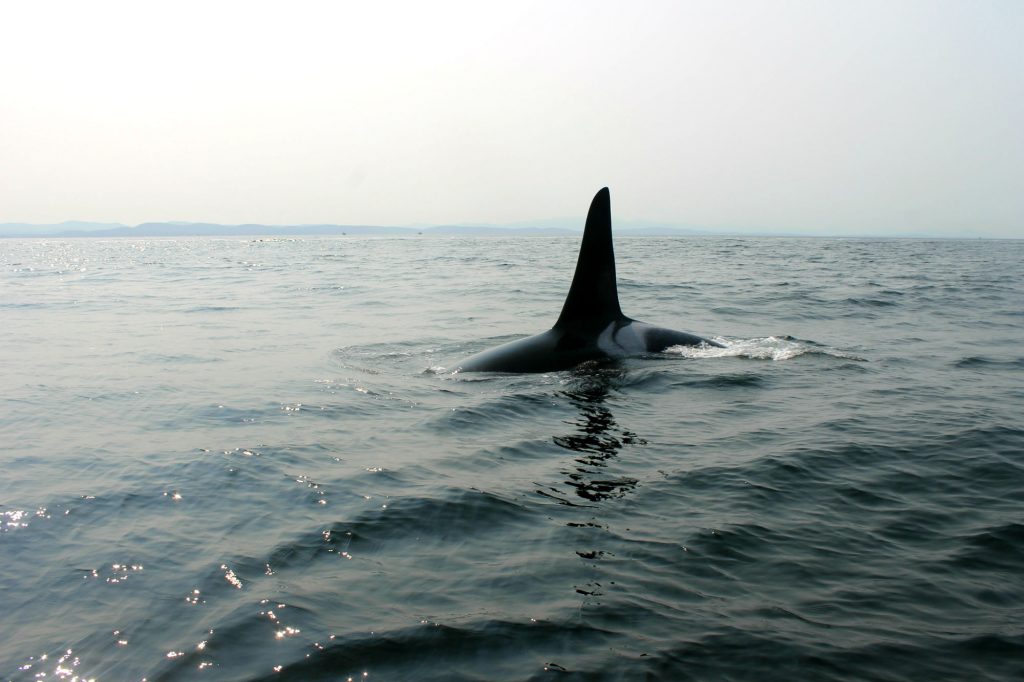 Walking around Provincetown on a beautifully sunny Autumn day, sitting on Bubbles the whale (not alive or real, don’t worry) and taking silly pictures with each other on the beach.

Watching the sun rise over the lakes, and doing a day of wine tasting where I managed to choke on dessert wine and we made fun of one of our servers. Basically, the least sophisticated way to do wine tasting… 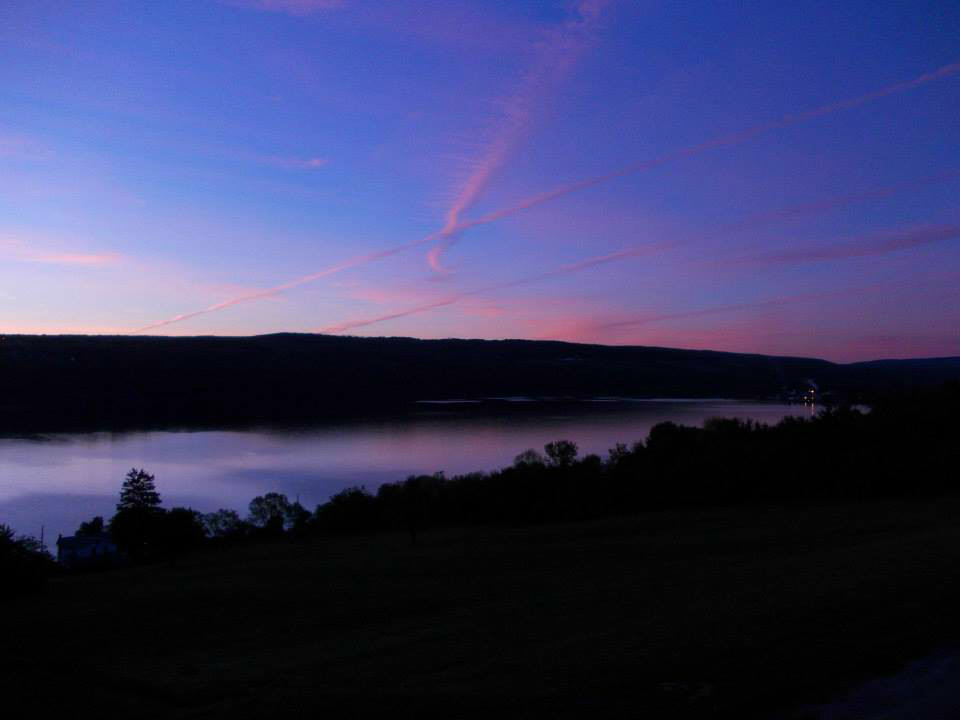 Having the yummiest Bounty Martini cocktail (complete with chocolate covered marshmallow bear) with my sister in a small bar in Paris.

Ignoring the “no entry beyond this point” sign (because of so much snow) at Gullfoss Waterfall and journeying down the path, getting so many perspectives of the waterfall. There were so many icicles hanging off the edges of rocks and the setting sun behind Gullfoss made it a really powerful image. 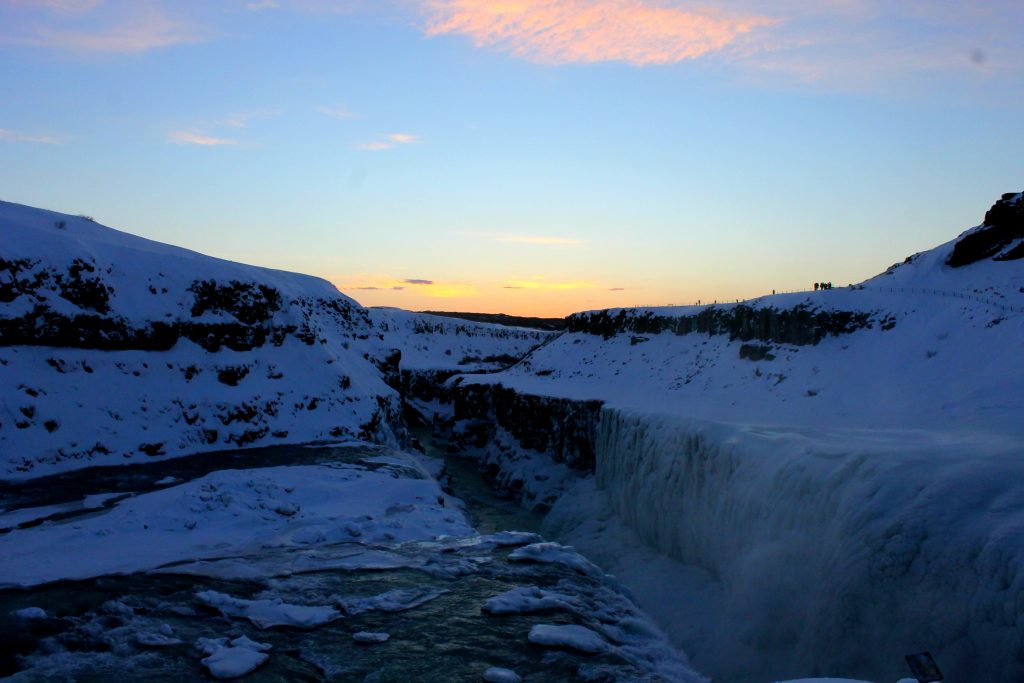 Getting so excited to skydive in California – being the one who suggested it in the first place – then about an hour before doing it, becoming shit scared. But going through with it anyway. And loving the adrenaline (which kept me going for a while after my feet touched ground) 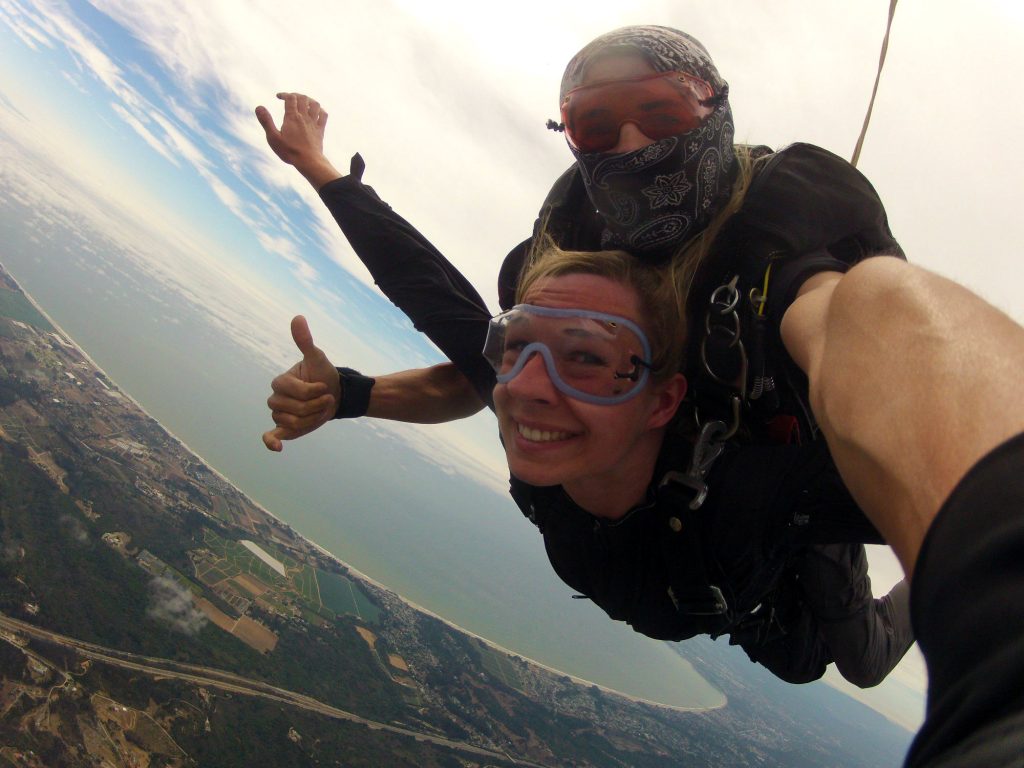 Feeling SO nervous to ride a bike along the sea wall and Stanley Park in Vancouver as I hadn’t been on a bike for years (apart from in the Netherlands when I tried to ride my friend’s bike and failed miserably). I was so nervous that I did practice loops around a car park, much to Alan’s amusement and my embarrassment. It turned out fine and I’d happily do it again.

Walking on super white sand in Byron Bay and giggling as it made a squelching sound as I took each step. I think I even took a video of it. 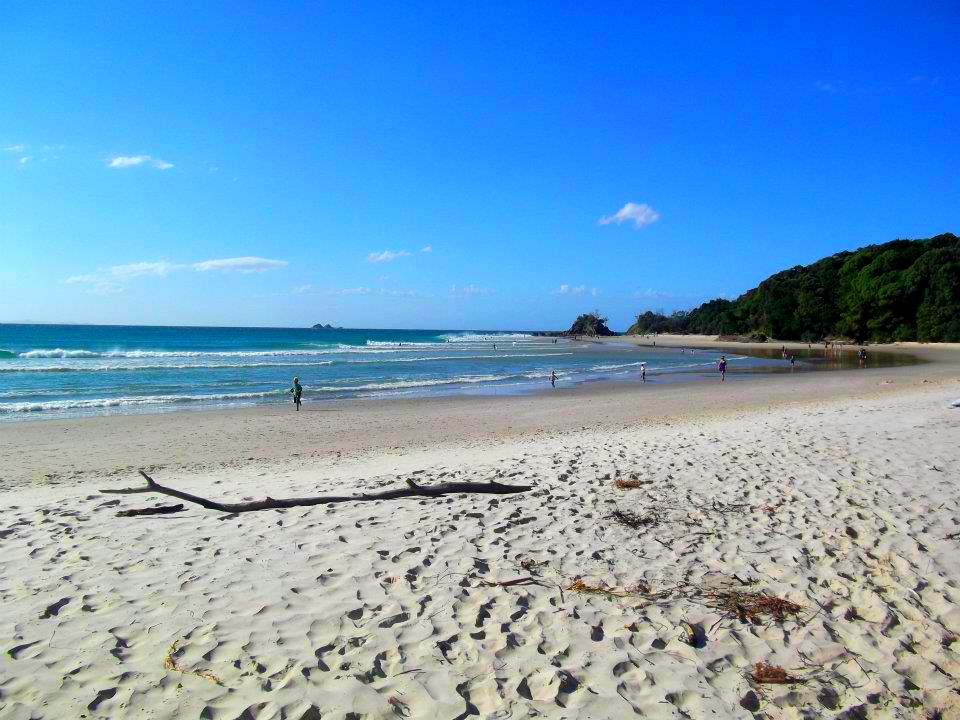 Alan and I only ended up arriving to our campground late, having been at Crater Lake that day. We had to pitch a tent in the dark, something neither of us really knew how to do. I was getting annoyed as I wanted to sleep and was feeling frustrated with ourselves for not getting there earlier to do it in the light, but looking back at it now, it makes me laugh how unprepared we were. Generally, let alone doing it all in the dark.

Taking full advantage of the vintage photo booths around the city with Alex and taking loads of silly shots. One photo strip hangs happily on my wall and the other is glued inside the scrapbook me and my friends made Alex as a leaving present before she left for New Zealand. 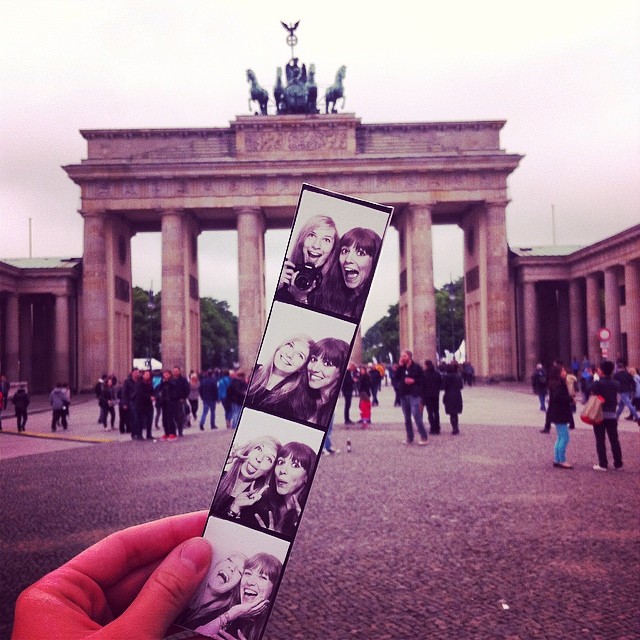 Going to Milson’s Point in Sydney with 3 of my best Aussie friends to see the cute little garden there with a great view of Sydney Harbour Bridge. It was the stretch of time just before I was leaving back to the UK so this memory has a nostalgic, sad undertone but makes me so pleased I had the greatest friends to share my last few weeks there with.

Sandboarding down the dunes in Oregon with Alan and actually getting so frustrated with myself after not fully going all the way down one dune without falling over. Wordlessly, I marched back up the dune again and again, panting from the effort with Alan standing there watching me, probably thinking I was going crazy. It was frustrating at the time, but I laugh (with a hint of embarrassment) now at my persistence. 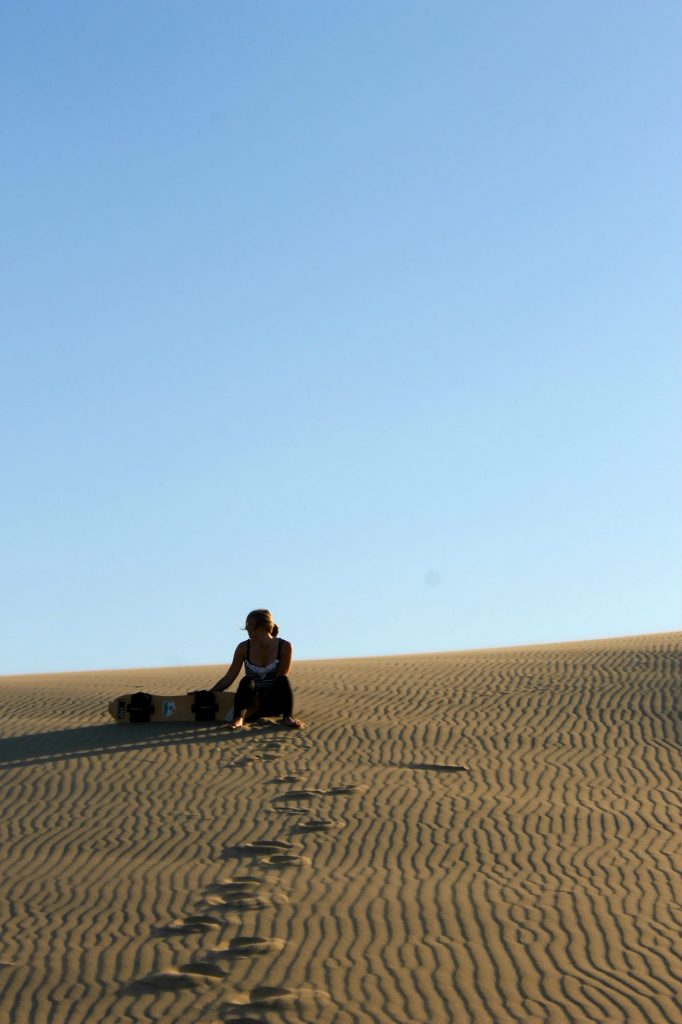 Visiting the temple Tanah Lot as the sun set and realising just how wonderfully different this view was to anything I had ever seen before. 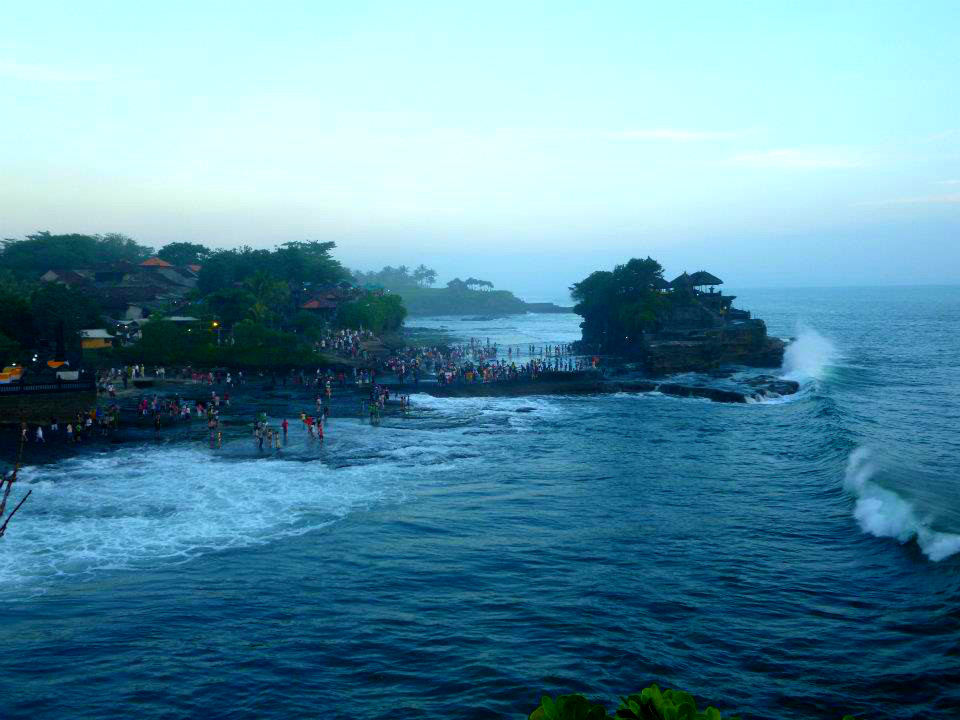 Spontaneously deciding that we (Alan and I) would go for a day trip in Bruges from Amsterdam. Mainly because I wanted Alan to see more of Europe and I had such a nice time in Bruges with my family back in 2011.

Sitting on the dock on Centre Island with Alan’s friend and her boyfriend and just admiring the view of the city on the other side, everything a hazy blue shade. 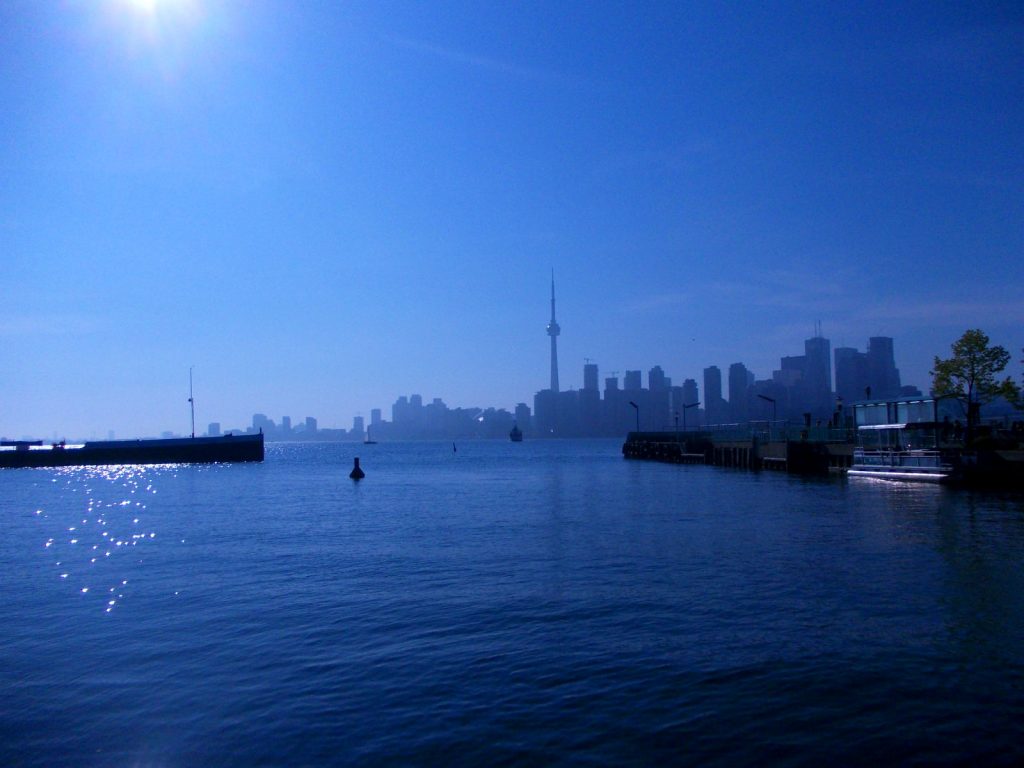 Every time I’ve arrived in Boston – tired and dishevelled but excited – and Alan has been there to meet me with a bunch of flowers in his hands and a smile on his face. And food and drink I like as a present when we’re back at his place.

Coming back from seminars one day and seeing a lovely sunset over our campus lake. I don’t really know why, but that memory has never left me and makes me feel warm and fuzzy inside. 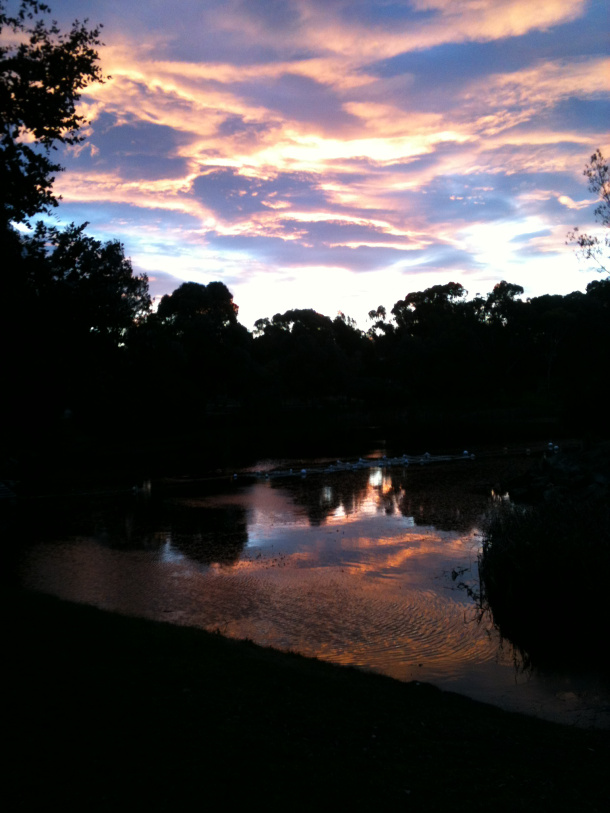