I was reading this quite touching piece on the Guardian website about small, random acts of kindness, and it struck me how there are times as people that we’re vulnerable or struggling to keep our head above water in particular situations and how appreciated a kind gesture is.

It reminded me of the times I’ve felt a little unsure and nervous in my travels, most poignantly on my solo travel trip to Costa Rica and Panama in June/July. It was those times a kind helping hand from someone who recognises you’re experiencing some level of distress is so appreciated – and sometimes I received that, other times I didn’t.

I figured loads of people must feel this same way on their travels, especially with the stigma of solo female travel – we’re conditioned to think of the world as big and dangerous, with the ability to trap us and leave us stranded and alone. And of course, some things are totally scary – it wouldn’t be life if things didn’t scare the shit out of us.

Costa Rica and Panama was my first ever completely solo trip (I don’t count going to Australia alone as solo travel – although it technically might be, I had a base in Melbourne as I was studying abroad, and lived in my university halls. Central America was an entirely different experience.) and I was terrified.

But if there’s one thing I find a necessity in life, it’s to be open and talk about these things. Especially as we see female solo travel talked about more, and I think to myself, “these girls are so brave – I’m not like that!”. They seem totally invincible and confident, whether they’re trying to portray that or not. So this is a little post to hopefully show that it’s ok to be scared and worry during solo travel. That this stuff probably comes with practice and experience. That in order to be brave and sure of ourselves, we go through the nerve-racking times too.

So some things might seem stupid and petty little problems, but I’m a solo travel beginner and it makes me feel a lot better when I find out other people experience them too. And as always, writing about it just makes me feel better anyway!

Purchasing the ticket in my very broken Spanish (I’m not being modest, I seriously barely speak a word) and finding only Costa Ricans around me waiting, my worry set in: will I know when to get off the bus? Can anyone here speak English if I ask? What if they don’t like me because I’m not a local (remarkably obvious from my pale first-day-of-travel skin and blonde hair)? What if someone steals my backpack?

On the bus, I noticed one other person who must have been a tourist, and on one stop the bus made where we all had to get off, he came and said hi. It turned out he was English as well, and he even helped me to my hostel and we hung out the rest of the day.

It was that intense relief after meeting and speaking to my first traveller on the road (I had met others at my hostel the night before, but none were going onwards in my direction) that made me feel so much more at ease with my situation.

2. When you find yourself lonely and unable to make friends 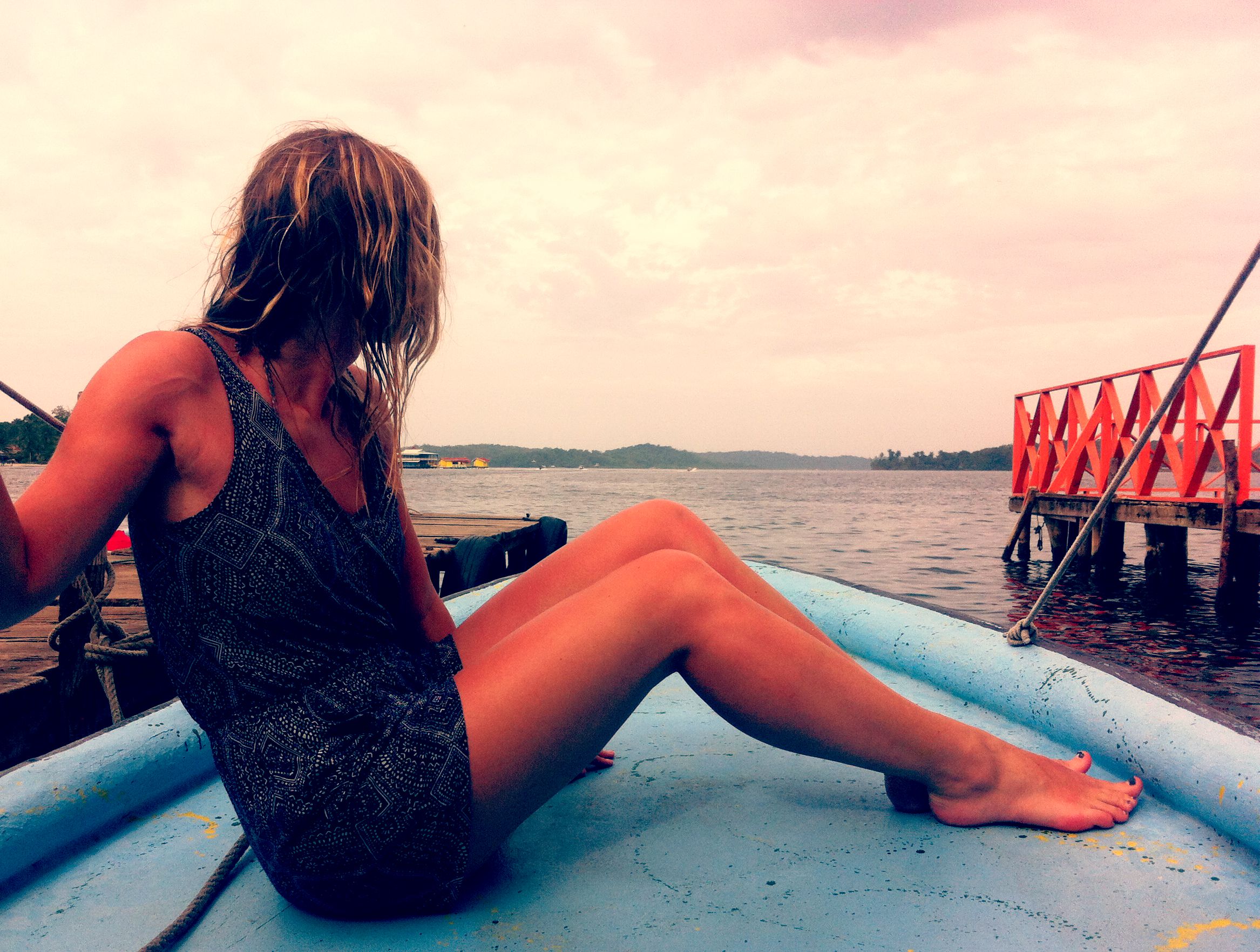 This is perhaps one of the biggest adjustments – not always during travels will you find plenty of people you click with, and some hostels frankly are not that friendly.

I’ve written about it before, but Puerto Viejo and I – or rather, my hostel Rocking J’s – didn’t get along. I go into more details in that post, but it was incredibly difficult to make friends and that really impacted me. While I’m happy to read a book and do some exploring myself, I had high hopes and really wished to meet some other backpackers, hear their stories and click with someone. Potentially make a life-long friend.

It wasn’t even that it was hard – the atmosphere in the hostel wasn’t nice. People weren’t welcoming and that made me want to move on – and I wish I had. Instead, I stuck it out but felt very lonely and questioned why I had taken on this adventure at all when I couldn’t even make friends and felt completely buried within myself. It brought out a lot of insecurities during what I think is a very mentally challenging thing to do anyway (travelling solo for the first time) and I felt like a rubbish traveller. Like I wasn’t doing myself/my character justice.

3. When you haven’t got a grasp of the language 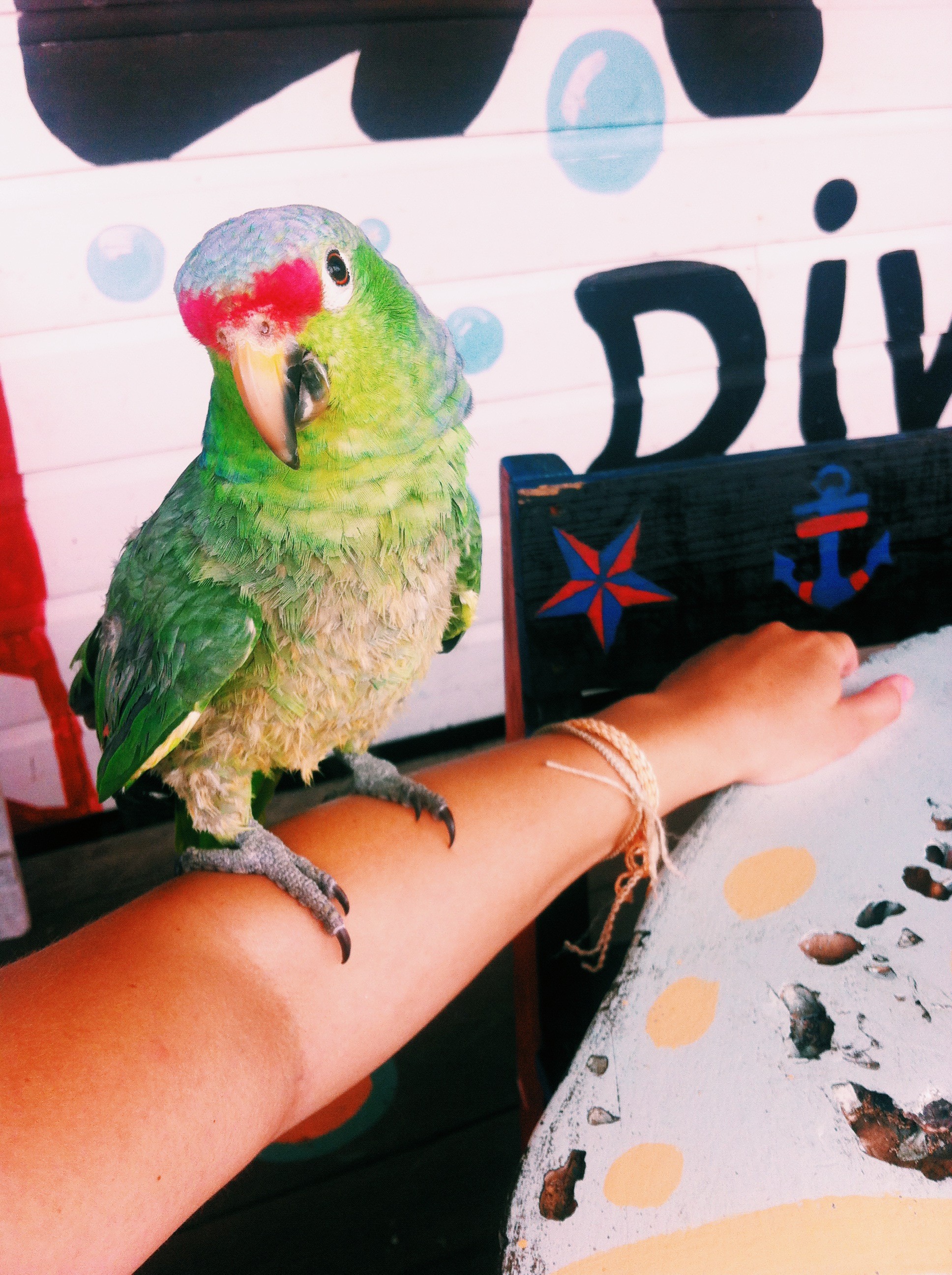 I probably had better luck speaking to this little one

Just so you all know: a couple of weeks of Duolingo isn’t enough to make it comfortably around a country. I’ve spoken about this in my post on things I learned during solo travel, but not knowing enough Spanish while I was travelling brought a lot of feelings to the surface.

Firstly, I felt shy and embarrassed. Normal for wherever I travel and I don’t know the language. Then it started scratching a little deeper. I felt guilty: I’m a visitor in this region of the world and I wasn’t even respectful enough to try as hard as I could do speak to them in their mother tongue. I felt awful that I was expecting and basically forcing them to speak English when they shouldn’t have to deal with the struggle of communicating with me. It just seemed a bit selfish on my part.

4. When you think twice about walking somewhere at night

Everyone tells you before leaving on a solo travel trip to be on your guard; don’t walk around at night, don’t get too drunk, watch your stuff… and that’s true, to an extent. I’m always super alert when I’m in my home country at night, so abroad I’m probably walking around like a mad person with eyes as big as a bush baby and sharp movements like a cat that’s just been spooked.

When I was in Costa Rica and Panama, sometimes I wish I had just chilled out a bit more – I will always be alert, but it wasn’t necessary to be so nervous that it made me second guess whether I should even do things. It was also pretty incredible just how much more at ease I was when walking around with new friends/hostel buddies at night rather than by myself. I hope this changes as I experience more by myself, but I’m glad I took precaution of ‘first time jitters’.

5. When you get a bit jealous you don’t have company 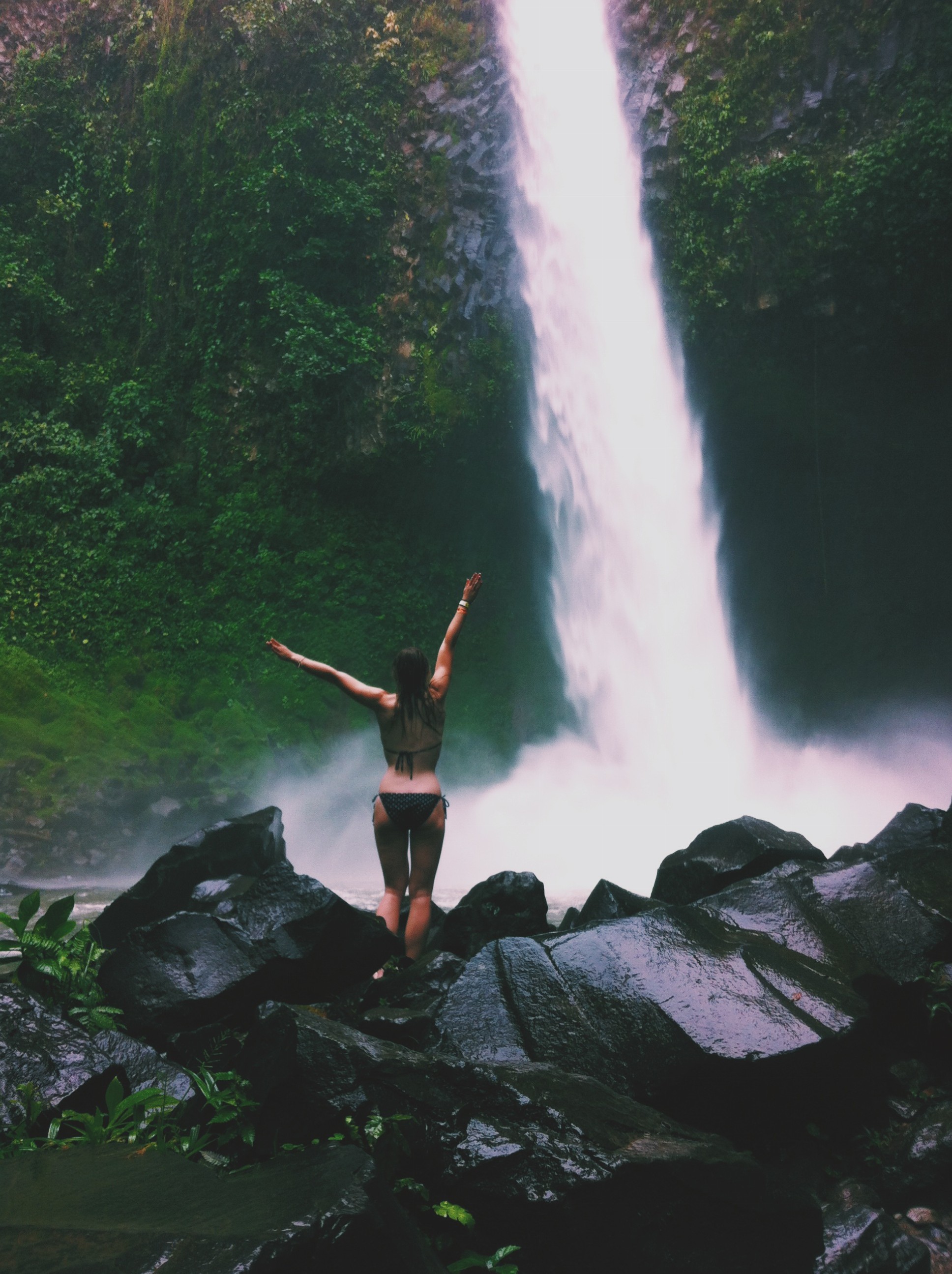 A couple of other girls I was with did this photo together but I’m on my lonesome!

This is arguably not a proper ‘worry’, but there were times when I would meet travelling friends, witness their caring interactions and think, “aw, I wish I had that right now”. Don’t get me wrong, there were also time when friends were getting into arguments or create a passive aggressive tension which suffocated the room and all I could feel was relief that I only had myself to rely on (and at least I can roughly predict my mind). But there were those moments where all those positive things about friendship, trust, loyalty and reliability would fill my chest with a painful longing feeling.

I love everything about friendship and there are few things I am more appreciate of (because, honestly, true friendship is very hard to find), but whenever I felt that longing, when I would smile to myself and wish for that on my adventure, I would remember that I had to be, and was, my own friend. I was saying these things to myself, I was still answering back to the things I encountered on my journey, and without sounding off my rocker, I would have little jokes with myself. I was basically my own friend and I wasn’t appreciating myself. So of course, there are those times of sadness and wishing you had a friend with you, but it was also quite comforting to remember there was, well, me.

6. Trying to trust your instincts

Women are taught to be cautious, to not talk to strangers or accept any gift or the like from them. Of course, we all have to be on our guard to an extent, but sometimes I feel it takes you away from some experiences you’re happy to go along with because you trust the people you’re with – or the other way around, you feel weird about a situation but you don’t want to be seen as rude.

I had a few hesitant moments either way, all governed by what I “should” do. And it can be difficult to let yourself trust what your little inside voice is saying. I usually always have someone to ask their opinion on a topic, too. It was very strange not being able to say “hey, so what would you do?”. It was only me, my instincts, my little inside voice. There’s no way of knowing if it’ll be right or not, but what I can say is that you’ll do yourself no favours allowing that internal struggle to cloud your time abroad solo. So be as wise as you can, and get on with it.