I loved Thunderball Grotto so much that I visited twice during the week-long stay at Staniel Cay in the Exumas.

This place is special for all sorts of reasons – it was a filming location for the James Bond film of the same name, Thunderball, and we met a couple in there who were about to be engaged (he was going to propose actually within the Grotto but my boyfriend and I arrived, making the moment not nearly as romantic, woops. It’s ok, though, he settled for a deserted sandbar later, instead). It’s also special simply for the fact that it’s so damn beautiful. 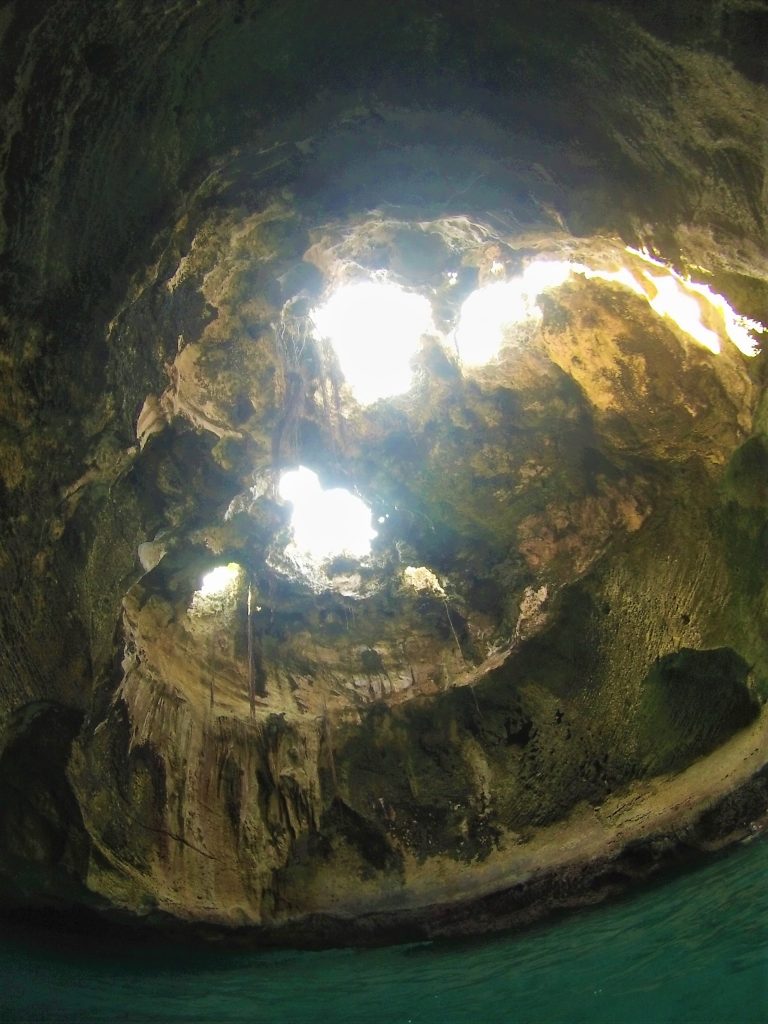 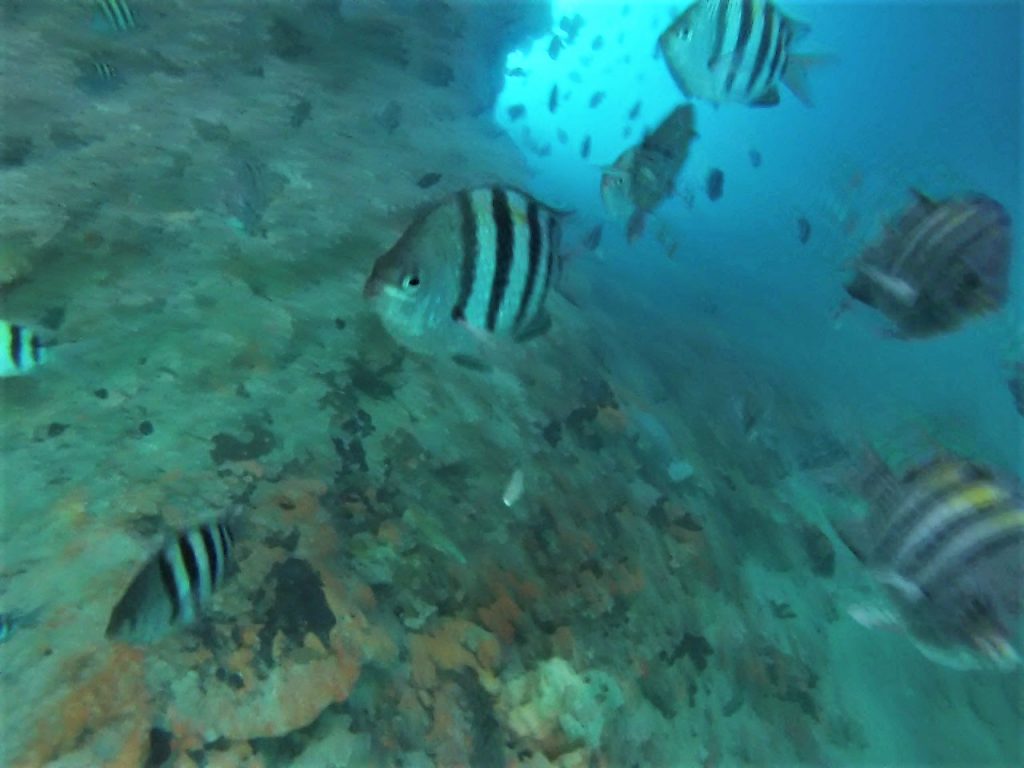 As part of our stay with Staniel Cay Yacht Club (aka the best place I’ve ever stayed) we were given a skiff so we could explore the surrounding cays by ourselves, which was a wonderful – albeit slightly terrifying with no prior boating experience – way to travel independently rather than take organised day tours, which isn’t very accessible on such a small island. Our first stop was to Thunderball Grotto, only 5 minutes away, where we had massive problems anchoring for the first time. After some serious work on my arm strength, we got the hang of it and continued our clumsy process by getting our gear on in the water.

You have to come at low tide if you want to avoid swimming underwater through a cave – we timed it pretty well (usually in the morning) and could guide ourselves through by monkey bar-ing the jagged dangling pieces of rock until we reached the grotto inside. A huge cavern with holes at the top (one of which you can actually jump through into the water below, but which comes at the price of somehow clambering your way on top of the grotto and aligning your body in the small opening so you don’t have a very unfortunate accident) illuminates the grotto in a number of ways.

The blue water becomes luminous and iridescent, looking silky smooth against the tall, rough rock that lines the cave. Underwater, the beams of light look like some sort of fairytale, with a multitude of fish swimming every which way – directly in front of your goggles, prancing in and out of the light and in the opening of the cave. 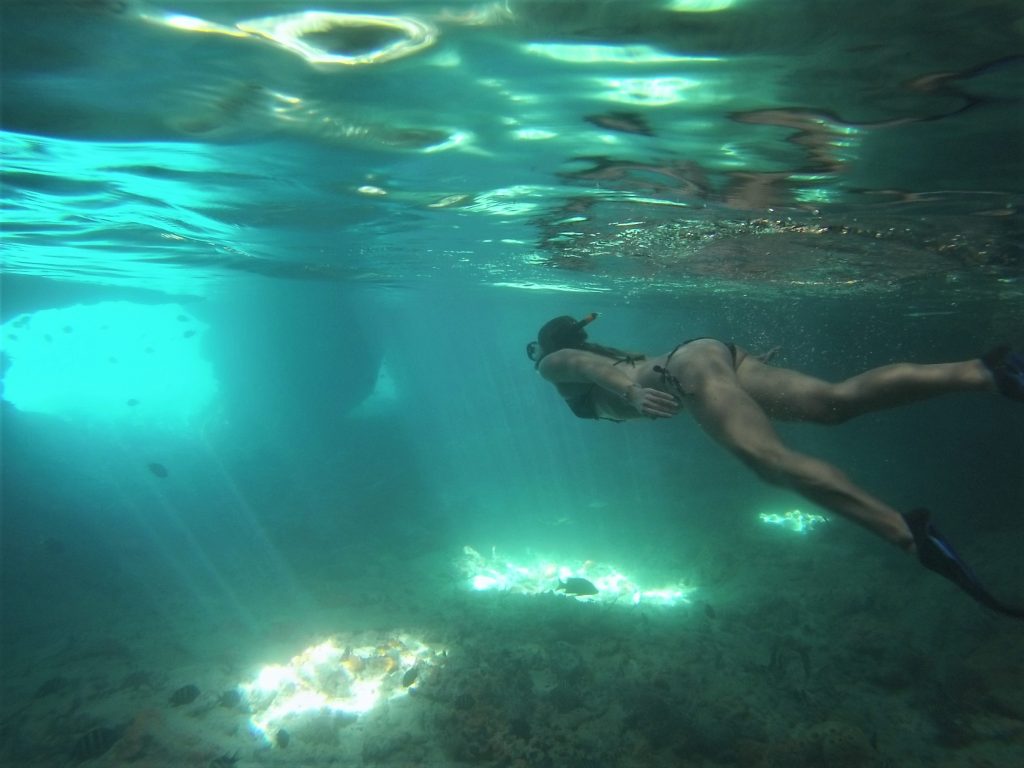 Everything about your time in Thunderball Grotto is a playground – if you’re lucky enough to have it to yourself (which we did both occasions for a period of time) it feels like your personal paradise to lose yourself in. Just make sure you keep an eye on the tide!