While the first half of 2017 was certainty and pure joy and the second half was uncertain and unfamiliar, it’ll be somewhat the other way around in 2018.

Although I do know what I’m doing for the next few months, everything’s up in the air until the visa situation works out for my American boyfriend Alan arriving in the UK – and we don’t know exactly when that’ll be. It could be as early as March or April, it could be as late as September, it depends what route we’re forced to go down.

Anyway, the confusion and uncertainty of the specifics of the situation mean that planning 2018 travel is difficult. It’ll involve visiting Canada (and probably the US) on a personal level but also some exciting opportunities through work. There’s still a lot of wiggle room for other adventures – when and where they’ll be however, I’m not sure yet! I’ll start with the places I know for sure/are very likely and then work to the hopes and dreams! 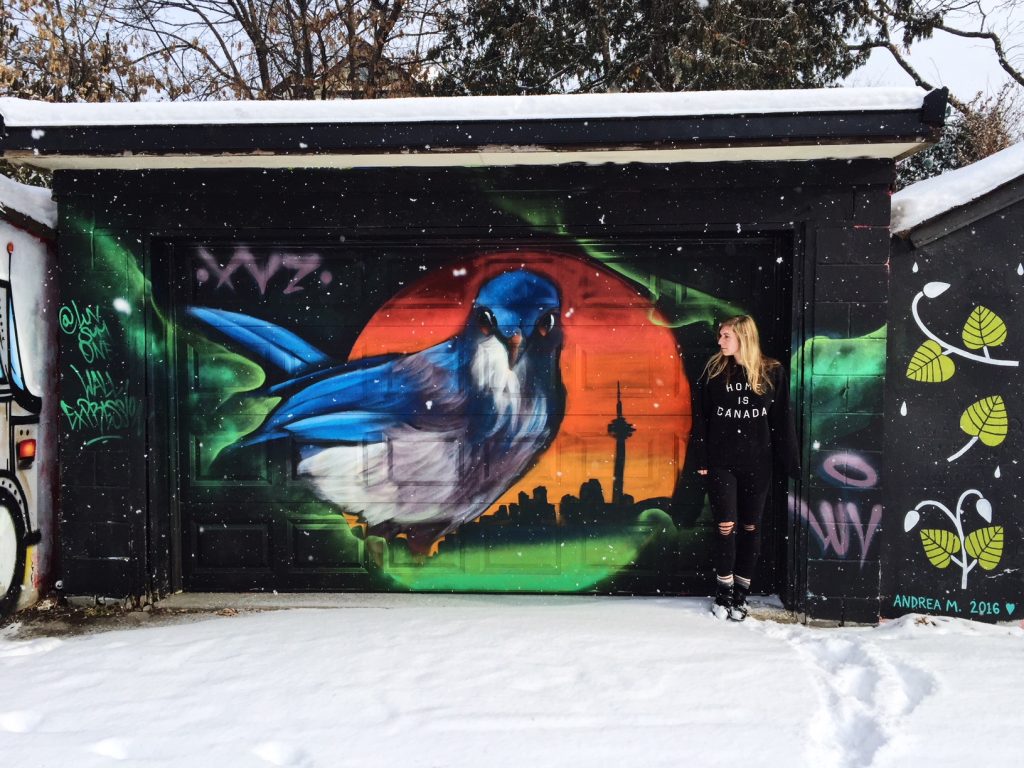 Obviously, I will be heading back to Toronto while Alan and I continue our temporary long distance status. This is likely to be over Easter for about a week, and again around June if he’s still there, and I’ll also be going there to help him move to the UK, whenever that is. For the Easter trip, we’re considering visiting somewhere else in Canada like Quebec City or potentially Chicago for a night or two as well, places we never got around to visiting while I lived there.

The company I work at takes everyone on a trip every other year, and this year it’ll be Las Vegas. So, for a few days in September, I’ll finally visit Las Vegas – a place that’s never been high on my list, but I’m fascinated by and feel I should absolutely visit at least once in my life, so I’m excited the opportunity has been sprung upon me!

This is an almost definite and another trip through work – I market Queensland to the UK, Ireland and Nordics so will sometimes have the chance to travel within these regions in order to attend events or train agents. In May, myself and a few of the other Australian states with Australia Tourism will be doing a bit of a Europe tour, but I’ll only be along for the Nordic part, which is currently just Copenhagen, but may involve a city in Sweden as well.

One thing about living abroad is that it actually makes you realise how little you’ve travelled of your own home country. I’ve barely visited up north (maybe once or twice to visit an uncle in York area but not anything I can remember, and I certainly don’t remember anywhere north of Nottingham, which is shameful) and Bristol has long been a city I’ve admired from afar but never visited. I’ve been to Norwich and Devon before (both because of university: Norwich because that’s where I went to uni, and Devon because of uni surf trips) but I have friends living in both places, so I aim to visit them (luckily they’re two of the most beautiful places in the UK, in my opinion). I recently have a friend in Manchester as well, so I’ll for sure be spending a weekend there when she settles in (and solving some of my lack of northern UK issue).

These friends I’m mentioning are actually all part of the same group, so we’ll be visiting each other all together, and we figured that as we’re now spread out over the country, we should take a trip together somewhere in the UK, too. It’s hard to organise everyone’s calendars, but we’re hoping for maybe Edinburgh for a weekend. To further add to my UK travel embarrassment, I’ve also never visited Scotland. 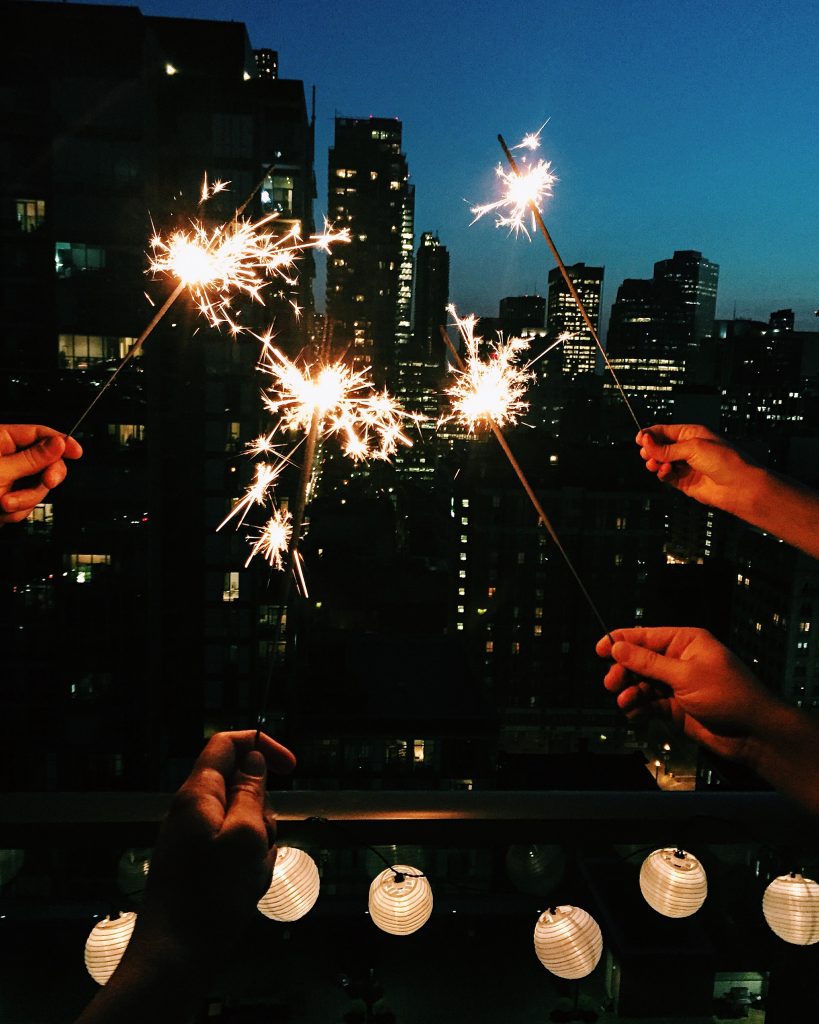 I mean, who knows? I work for the Queensland tourist board now, so it’s likely I’ll eventually get a trip to Australia, although it could easily be in 2019 instead (probably more likely). Unfortunately I just missed out on heading to the Gold Coast for an event in October that only happens every other year, so I’ll have to keep my fingers crossed for something else, be it for a work event or a familiarisation trip!

I’ve experienced very little of Asia, having only properly visited Bali, but it’s an area I’d really love to get stuck into. My main places of interest are Vietnam, Thailand, the Philippines and more of Indonesia. Myself and Alan have decided that Southeast Asia is our top far-flung destination dream for this year, specifically Vietnam and Thailand. We’d like to do some of the main, “tourist” stuff but also go a bit off-track, or at least non-“Gap Year”-ish. Hopefully we’ll have the time, effort and money for this dream after visa issues get sorted and Alan gets settled in the UK.

Another myself and Alan have conjured up together, we’ve both been lusting after Norway’s Lofoten Islands for a long time. Norway is already one of my favourite places, having been there twice in my life, most recently in 2015, while Alan is yet to visit (but I already know he’ll love it). The Lofoten Islands are a little more remote and covered in incredible mountain vistas, and if you know me or have read this blog for any length of time, you’ll know I’m obsessed with.

I’ve said this so many times, but I really want to improve my surfing and I really want to do a surf camp style trip. I’m considering doing this solo in the summertime in France or Portugal if Alan hasn’t arrived in the UK yet (and maybe with him if he has!). At the very least I’d like to make it to Cornwall or Devon for a couple of weekends in the summer to surf.

That’s pretty much it – there are so many more I could add, like my ongoing wish to go back to Prague (and visit family while I’m there with at least some knowledge of Czech so I can actually converse with a few of them…) and European city breaks or a big trip to South Africa or back to The Bahamas or another beautiful beach destination like Hawaii or The Maldives… but I feel like those will be more suited to 2019 goals. And if I wrote down every travel dream, we’d be here for a long time! (Like my boyfriend always says, “is there anywhere you DON’T want to go?”)

Happy 2018, everyone! What are your travel plans for the year? And as always, suggestions for any of the above destinations are hugely welcome!