I finally went back to Prague!

For those who don’t know, my mum is Czech (making me half Czech – the other half being English, obviously) and spending time in Prague and Kralupy (the latter is about 30-45 mins from Prague and where my mum grew up) was a big part of my childhood. Over the years, we went together less, and my desire to visit other places took over and living in other countries meant my access was physically limited.

The reason for going back now (with my mum, brother and sister, her husband and kids in tow – and my dad back in England holding the fort!) was two-fold: my two Czech cousins have both had children in the past couple of years, and I still hadn’t met them; and my brother, sister and I were sorting out our Czech nationality (more on that in a separate post).

It was a blisteringly hot weekend and very tiring, but these were some of my highlights of the things we did during the summer weekend in Prague!

We were veeeeery lucky with the view from our accommodation! I was staying with my sister, her husband and kids so we got a big apartment with Old Town Square Apartments and we were given this one overlooking the Old Town Square. Obvious con: especially over a weekend, it gets very noisy! So generally speaking, somewhere this central and touristy isn’t the best place to stay – but we wanted to be central so getting around various places was as convenient as possible (given that my mum and brother were staying with my uncle and my sister has two children, PLUS we wanted to do sightseeing, it seemed easiest!).

PSA: please go to the Czech Republic and drink their dark beer! Don’t be shy of it even if you’re not a ‘beer person’ – it is so good! And you’d be missing out on such a Czech staple if you don’t. It’s not like a stout or how we see dark beer in the UK and elsewhere; Czech dark beer is basically a lager that’s just dark and more full-bodied and flavoursome.

Kozel’s dark beer is my favourite, and they have it at one of the best finds over the weekend: Letna Beer Garden (in Letna Park, about a 15/20 minute walk from Old Town Square). It has a beautiful view over the Prague rooftops, a lovely shaded outside area to drink their cheap beer – a pint was about £1.20 (and I realise you can get cheaper than that in Prague, but considering these views, I really think that’s a steal!). 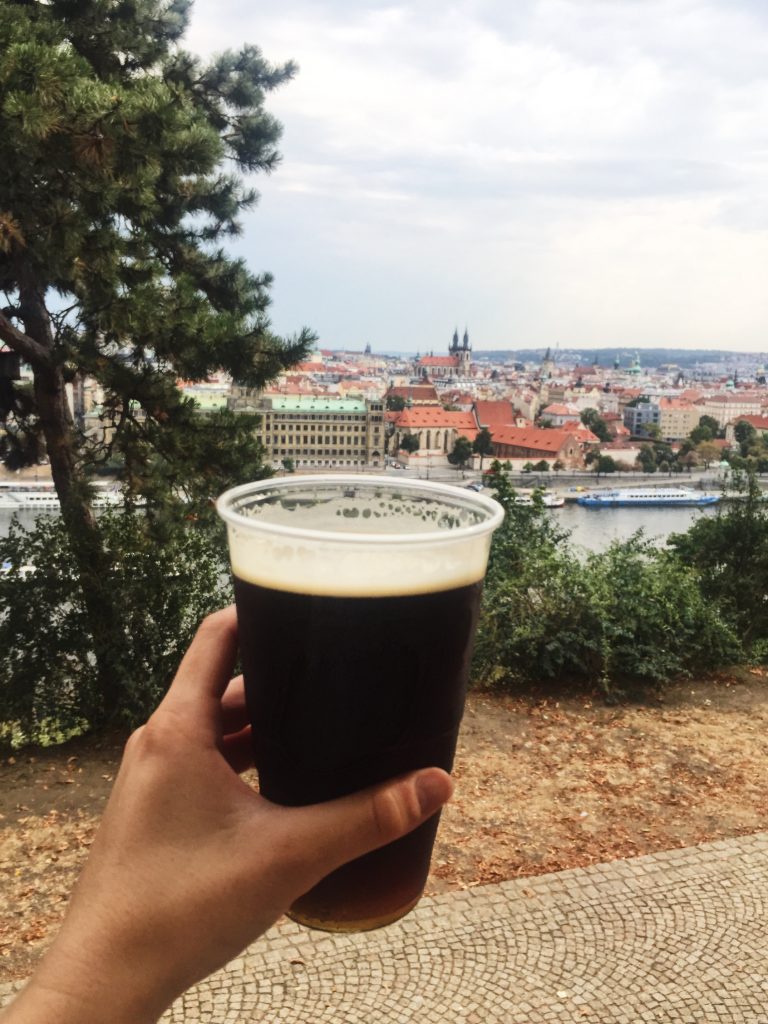 Actually some more drinking views too…

The restaurant under the Franz Kafka museum: 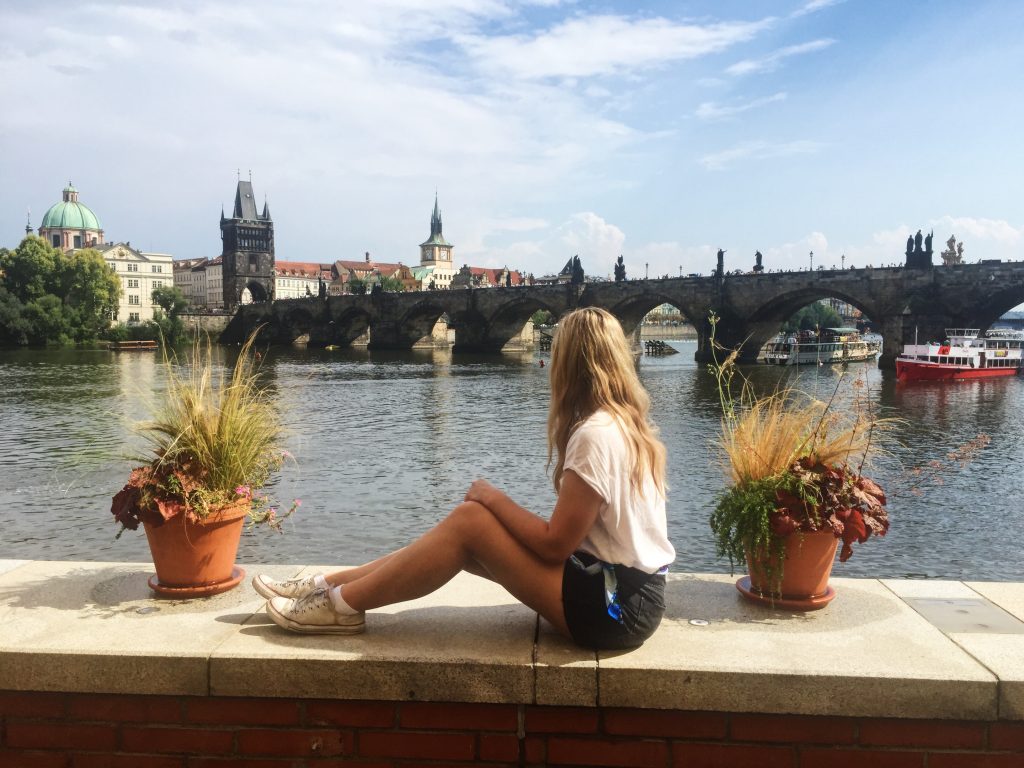 The rooftop bar, T’anker (you could definitely get a better photo than this, the sun was not my friend on the afternoon we went!): 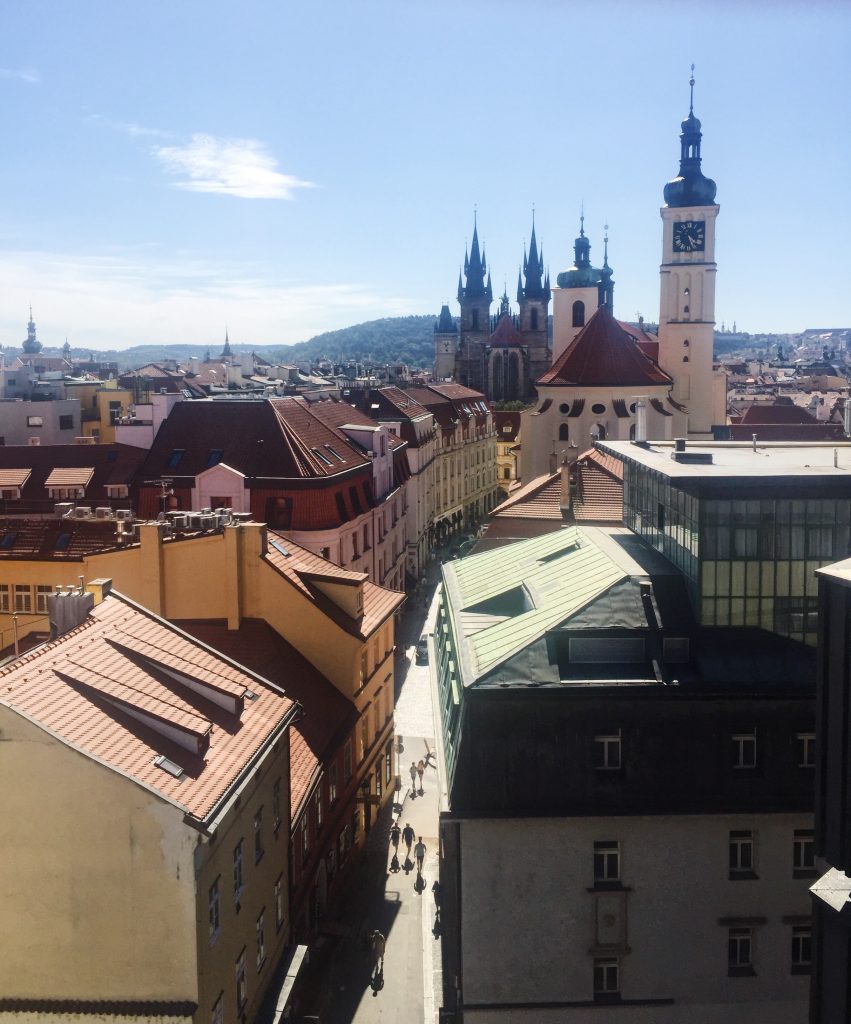 My mum pretty often makes knedlíčky (dumplings) and it’s one of my absolute favourite dishes in the entire world, so naturally we gravitated towards the restaurants where it was on the menu (I’m also a huge proponent of eating the cuisine of the country you’re visiting).

Svíčková na smetaně is my ultimate favourite: it’s usually beef (I’m not a big fan of beef though so I prefer other options) and dumplings in a cream sauce – obviously my mum’s homemade version is the best, but it was so good to eat my favourite dish in its country of origin! My favourite place to eat we went to was a restaurant near Old Town called Tiskárna (not the picture below, that was another svíčková at Hergetova Cihelna by the Franz Kafka museum). 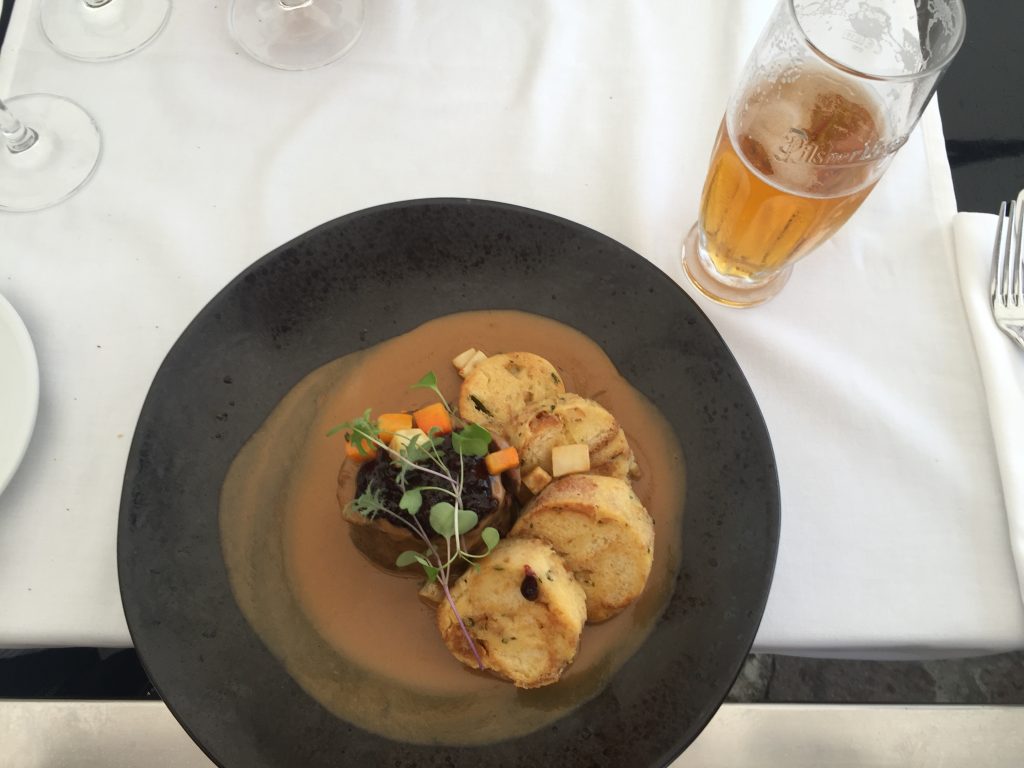 Ok, so it’s very touristy and any local would tell you to stay away, but as we were near the area anyway, we figured we’d take a walk over. While I would never suggest myself to go there in the middle of the day, I wanted to list it here because it really is such a stunning building. 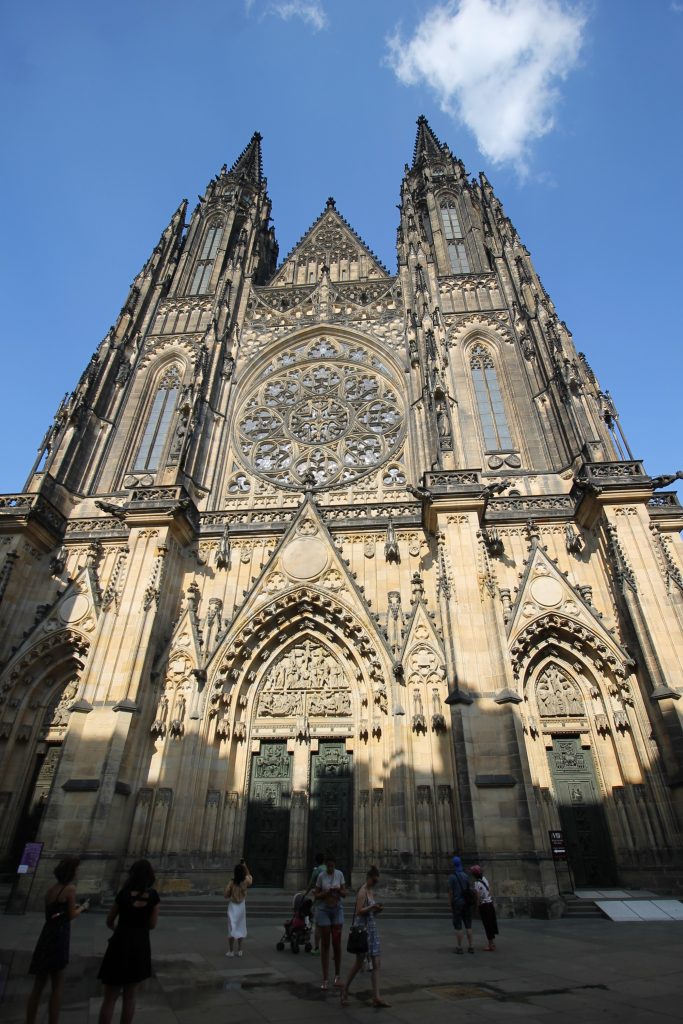